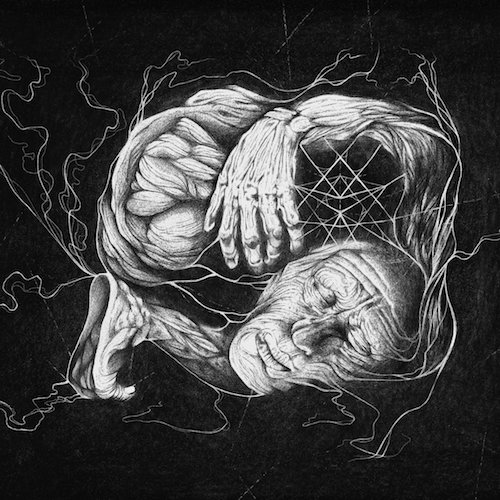 Our New Zealand friend Craig Hayes introduced us and our readers to the enigmatic Verberis through his review of their 2016 album Vexamen. As he noted then, Vexamen represented a change from the “choking mix of black and death metal” represented on the band’s 2014 demo Vasitas, “making significant strides in both compositional and production terms”. “Vexamen,” he wrote, “is a bold debut, a huge step up from Verberis’ demo, and that bodes well for the band’s future endeavors.”

And now the future is present. Verberis have recorded a new EP named Vorant Gnosis, which will be released by Pulverised Records on May 18th, a full stream of which we’re presenting today. And it’s fair to say that with this new release Verberis have stretched their creative wings even further, continuing to push ahead into more ambitious territories — still immensely hostile and desperate territories, to be sure, but these are changed soundscapes compared to those Verberis have explored before. 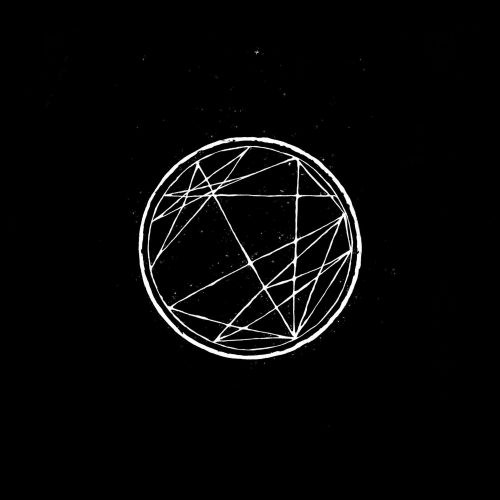 The new work consists of two substantial tracks, whose names connect to form the EP’s title. The music of these two parts connects as well. As Verberis explain, “Thresholds were crossed and boundaries forsaken to enter a state where definition and separation ceased to be. Vorant Gnosis is a ferocious exegesis on the harrowing glimpses of self-dissolution. The horror of the void.”

Last month I wrote about the first of these two tracks, “Vorant“, and I hope you’ll forgive me if you happened to read those reactions, because I’m about to repeat them:

If you have any kind of anxiety disorder, extreme fear of the unknown, clinical depression, or deep-seated paranoia, you probably shouldn’t listen to this first song. It’s such a brutally grim, tension-creating, tension-ratcheting, frightful experience that you’d better have your emotional moorings firmly in place before going into it.

It’s also 11 minutes long, so there’s no quick escape from its grasp. Most of the time, the music is heavy, heaving, crushing in its lumbering gait, and plague-like in its atmosphere. The vocalist’s horrific echoing howls underscore the terror that lurks in the shadows — and the terror leaps at your throat when the band unleash flurries of blasting drumwork and manic riffing.

You’ll come to a start-stop segmentation of the sound, which sounds like a prelude to something, and that something turns out to be an even more mind-warping display of guitar derangement and percussive assault and battery. Vast tar-pits of death and decay lie ahead after that, and Verberis drag you down into them by your hair. There are a few pretty, mystical notes at the end, but they’re not enough to save you.

“Vorant” is a striking piece of music, but “Gnosis” is even more transfixing — which is a signal accomplishment, given that it’s almost twice as long. I’m one of those people who’s usually daunted by the prospect of any track that’s in the range of 21 minutes long, perhaps because I’m afflicted by a short attention span or perhaps because it’s such a rarity for any composition to hold its grip for so many minutes. The grip of this one, however, is vice-like.

Picking up from the way “Vorant” ended, “Gnosis” begins like a soft spell, woven from the eerie reverberation of slow, gloomy notes and bright strummed chords. And then comes a detonation of heaviness, with increasingly frenetic martial snare patterns and sinister, writhing arpeggios. The intensity increases from there as the music begins to race with the drive of battering and blasting drumwork, the riffing becoming more warped and chaotic — but also bewitching. The vocalist finally enters the frame, roaring and shrieking, engulfed in rage, as shards of dissonant melody spear outward.

As is necessary for a track of such length, “Gnosis” is a dynamic piece, well-crafted to provide breaks in the surge, but even as it mounts toward further bracing crescendos of sound and fury, it evolves. Peals of guitar fanfare with a funereal timbre over stately ritualistic drum cadences lead to fire-bursts of unhinged magnificence. Slow, clanging bass lines and gunshot drum-strikes pave the way for the sound of soaring agony. Grand dissonant chords ring out, the vocals boil with passion, the drums erupt in riveting bursts of thundering explosiveness, and rapidly twisting dual-guitar leads push the music to new heights of mortifying grandeur as the drummer blasts like a weapon.

The ending of the song is brilliant. It begins with a wrenching harmony of despair and a huge pounding rhythm that becomes a head-nodding cadence. And from there, stately but sorrowful chords ring out repeatedly over a sequence of immensely electrifying drum fills, pierced by an intense shimmering lead, and the music crests in a finale of tremendous power.

Power and intensity are the hallmarks of this entire release. Even though it’s steeped in desolation and darkness, it also offers a kind of transfiguration, a glimpse of something magnificent awaiting in the abyss whose depths Verberis have chosen to explore. Carve 32 minutes from your night and give yourselves over to what they’ve done here. Vorant Gnosis truly is a stunner.

P.S. We still have reason to believe that Verberis come from New Zealand. We still don’t know who the members are, or where they are today. Whoever collaborated on Vorant Gnosis, let’s hope they keep doing it.

5 Responses to “AN NCS EP PREMIERE (AND A REVIEW): VERBERIS — “VORANT GNOSIS””