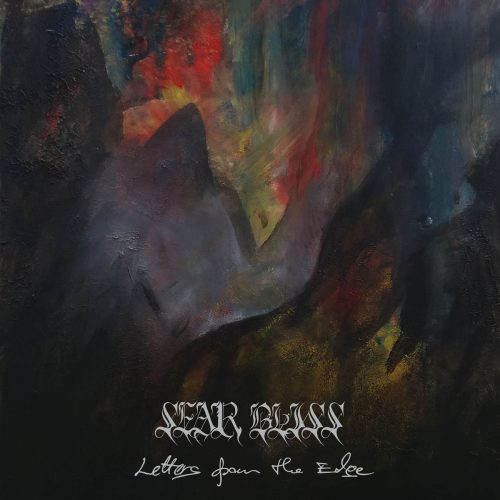 I really, really, really like how this Hungarian band have evolved over a career that’s now roughly 25 years old. On the occasion of their last album, 2012’s Eternal Recurrence, Natalie Zed’s review at Angry Metal Guy included some lines that I thought were astute in capturing the band’s accomplishments on that album: 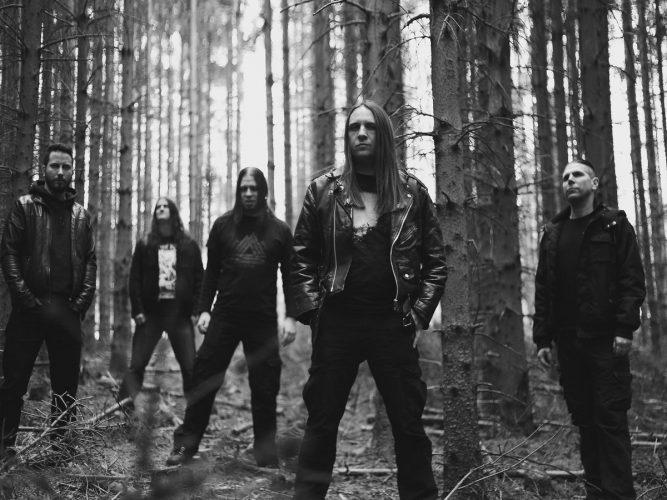 “Sear Bliss use black metal as an anchor, a way to tether and define their sound. This is most apparent in the drumming and shrieked vocals. Thus leashed, however, they allow their songs to spiral out to the end of that rope, ‘turning and turning in the widening gyre’ like the image of chaos in Yeats poem ‘The Second Coming.’ Their riffs often initially take the shape of classic buzz-and-swell black metal, such as in ‘A Lost Cause,’ but quickly fracture into stranger, more progressive forms. The atypical instrumentation adds to this as well, the sparkle and glint of the brass section adding a completely different kind of robust energy to the black metal gloom.”

She also wrote (and I again agree) that the album’s greatest strength was its “rich and complex textures”. And the early signs are that the new Sear Bliss album will offer another wondrous journey that would again merit these accolades.

Letters from the Edge will be released on July 6th by Hammerheart Records, and the band chose “Shroud” as the first song to be revealed, through a lyric video made by the band’s guitarist Attila Kovács. The song has a powerful, heavy, vibrant rhythmic drive and bright guitar and keyboard melodies that are both ethereal and soaring. Apart from the harsh vocals, you don’t get a blood-rushing dose of black metal until near the end (and perhaps there’s more of a post-metal influence than before)… but you still do get treated to the textures of the brass section, which as always are wonderful.

The build-up that happens just before the 5:00 mark is great, and what happens after that is fantastic. 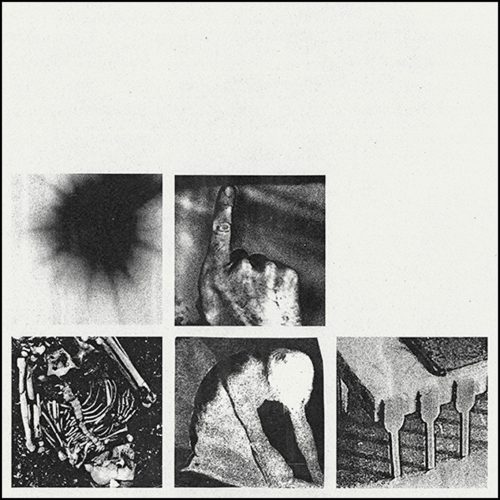 Of course Nine Inch Nails need no introduction. I’ve never been as fanatic a fan as many other people I know, but I’m always curious to learn where Trent Reznor’s creative inclinations have led him every time there’s a new NIN release. The newest one, set for release on June 22nd, is Bad Witch, and the latest song to be revealed is “God Break Down the Door“.

It has been observed by more than a few people that the song sounds like a collaboration between Reznor and David Bowie, which is a fair comment. There’s an irresistible percussive beat that drives the song; it includes alluring saxophone accents; and it’s dark and freakish enough to make it even more appealing. 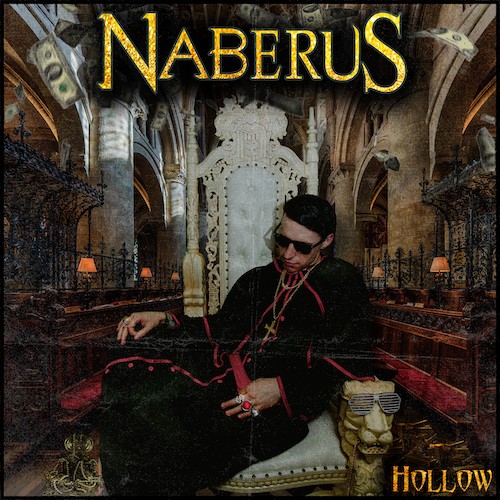 I suspect that many of you, like me, were deep into metalcore once upon a time… and that it has receded in our rearview mirrors as we’ve gone down the road, to the point that you can barely glimpse it any more. I don’t even have much of a nostalgic interest in the music any more. And yet these next two songs — “Hollow” and “Space To Breathe” (released just yesterday) — by the Australian band Naberus really struck a chord.

I’m sure some part of the appeal does lie in nostalgia (they remind me at times particularly of early Linkin Park), but they’re so full of explosive energy, so packed with feral vocal intensity and soaring melodies, and so damned infectious that I got caught up by them whole-heartedly. Both songs are drawn from the band’s new album, Hollow, which will be released by Eclipse Records on June 29th. 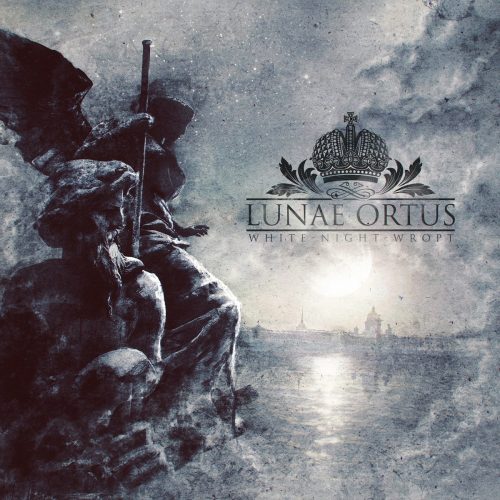 Lunae Ortus is a relatively new Russian band whose members consist of vocalist Demether Grail (Grailight, Arcanorum Astrum, Zmey Gorynich), guitarist/bassist Sergey Bahvalov (who is also responsible for orchestration), and guitarist Denis Smolenskiy. They label their music as “Russian Imperial Symphonic Black Metal”. The name of their new album is White-Night-Wropt, and the first single, which appeared through a lyric video yesterday, is “The Woesome Famine“.

The subject of the song is the blockade of Leningrad (St. Petersburg) from September 1941 to January 1944, by the German army during World War II. Those who’ve done any reading about that event know that it was a time of almost unbelievable suffering, and death on a shocking scale. I’m usually not a big fan of lyric videos, usually finding the words to be a distraction, or worse still, a painful nuisance. But the lyrics here are powerful, as is the voice that brings them to life.

The song is also powerfully moving — shamelessly glorious and grand, but also dark and devastating, as befits the immensity of the historic events that it commemorates. 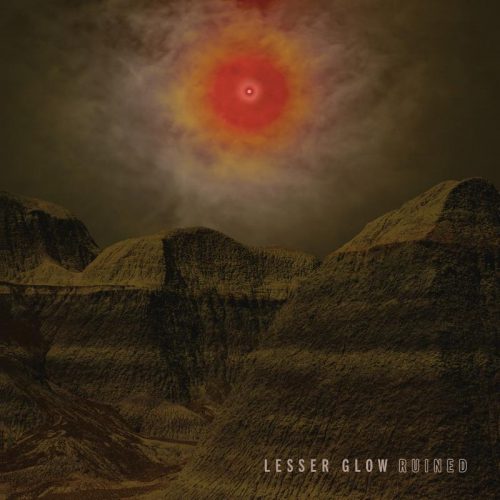 I’ve been meaning to write about Boston-based Lesser Glow ever since stumbling across a video for a hell of a song called “Vacant Throne” a bit earlier this month. And then yesterday they released a video for another song called “Under the Polar Shade“, and so I’m including both of them here.

The newest one is presented through a live video, which is fun to watch. The song, which draws upon elements of post-metal, doom, and hardcore (among other genres) is equally attention-grabbing. Alternately moody and crushingly heavy, and almost relentlessly intense, it makes a devastating and memorable impact. The previous track is also a high-potency sensation.

Both of these tracks will appear on Lesser Glow’s debut album Ruined, which will be released by Pelagic Records on June 8th. 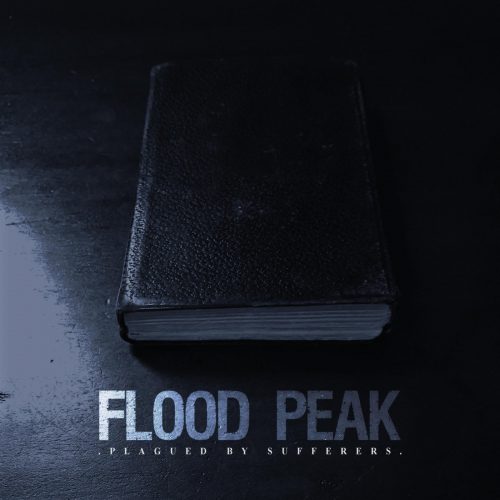 And this is how I ended my listening last night. It’s a four-track EP, but it really sounds like a single song, each part flowing seamlessly into the next, and all of the songs connected in their melodic motifs. The band is Flood Peak from Portland, Oregon, and the name of the EP is Plagued By Sufferers. Unlike everything else in this round-up, it’s not brand new, having been released on February 1st, but I just found it.

The band describe the music as “Blackened Sludge / Hopeless Filth / Faithless Mire”. Everything seems to be “blackened” these days, at least in the labeling. Although I myself wouldn’t use that term here, the music is powerful and enthralling regardless of what you might call it.

It’s almost as bleak an experience as finding your child dead in her bed at sunrise; there’s penetrating heartache even in the the softer clean guitar melodies that repeatedly surface as the music ebbs from its crushing surges. And yes, the music has a dynamic flow; when the band are lowering the boom, it really is monstrously heavy. The vocalist’s howls are raw and wounded, and the drum fills are jaw-dropping. This really is very good, a thoroughly immersive and mood-changing experience.

Because the sound suits the changing dynamic of the music so well, credit should also be given to Derek Leisy at Audiosiege in Portland, who produced and mixed it, and to the phenomenal Brad Boatright (also Audiosiege), who mastered it.