If you haven’t listened to the new songs by Uada (here) and Gaerea (here), you should go do that. That’s all the attention I’ll give them here, because those tracks got plenty of attention when they debuted last week, and we’ll have some more things to say about the albums soon-ish. Today I’m going to focus on some music that could use more attention.

As you can see, I have enough music (and had enough time) to make two parts of SHADES OF BLACK this Sunday. Most of the music in the next part rips and tears, often at roughly 1000 mph (or 1609.34 kph). The music in this part is harder to sum up. Of course I’ll try, one by one, but not in a single introductory sentence.

The first item I’ve chosen is a four-song demo that has been buried a long time. The band no longer exists. It’s an example of music that in retrospect sounds ahead of its time, and sounds damned fine here in 2018, too. For reasons unknown to me, one of the members finally decided to share it after roughly 7 years. You never know, maybe some seeds are being watered, maybe something new will bloom. Maybe this post will add a few nutrients to aid the growth. But if not, this demo should still bring pleasure to more than a few ears.

Phthisis, a group of three dudes from the tri-state area proximate to New York City, recorded their self-titled demo in 2011 at Backroom Studio in Jersey. It consists of four tracks. The band’s guitarist-bassist, with whom I’ve exchanged a couple of e-mails, suggests that fans of Gorguts, Immolation, Urgehal, Hate Eternal, Deathspell Omega, and Abigor might find this worth exploring. But another band I thought of, in hunting for a connection, was Dødheimsgard.

There is an avant-garde air about this technically impressive and constantly head-twisting blend of of black and death metal. It features intricate instrumental interplay, turn-on-a-dime tempo changes, and a blend of destabilizing dissonance and threatening, queasy harmoniousness. The drum acrobatics are super-heated; the vocals are very nasty (a range of ghastly demonic snarling, wretched gagging, delirious howling); there are maelstroms of seeming disorder, bursts of booming rhythmic jackhammering, flurries of off-kilter rhythmic craziness.

The riffs and leads might seem chaotic at first, but you eventually see the order in the seeming chaos as the music returns to familiar places (even if only briefly). The notes and chords blare, whirl, and spit fire. Sometimes they sound like a trumpet that’s developed a mind of its own and then lost it, at others like swarms of hornets on fire, at others like stricken laments, at others like the grandeur of a devilish coronation.

The whole EP is devilishly good. The fact that it was recorded seven years ago as this band’s first effort makes it even more impressive. The Phthisis demo was released through Bandcamp on May 18, and is well-worth the $3 you’ll spend to download it.

My memory doesn’t have the sharp edge of a new steel trap. I had to search to find out that we published a guest review of the last Elysian Blaze album. But perhaps I should be forgiven, since that album (Blood Geometry) came out in 2012. Although my own memory of it has dimmed, the embers haven’t grown entirely cold. What remains is the conviction that it was something special.

After many years of silence, this Australian atmospheric black metal band re-surfaced with a new single in March of this year, though I remained oblivious to it until recently. I was led to the discovery thanks to a fascinating interview at Invisible Oranges with the band’s sole creator, and a strong recommendation by Elijah from Panegyrist.

“The Virtue of Suffering” is nearly 19 minutes long. Crafted with obvious care and attention to detail, it’s a dreamlike experience and a dynamic one. It sounds both celestial and perilous. The music builds nerve-abrading tension and breaks it in different ways, while moving among moods of penetrating grief and fiery rapture, hypnotic meditation and explosive transcendence.

A grand but moody central riff moves against a slow and stately drum beat near the beginning. It becomes increasingly enthralling as it repeats, providing the foundation for shimmering, spiraling, deranged leads, the reverberation of harsh growls and rising howls, and clean singing with an ecclesiastical resonance, both reverent and glorying. There are variations in the drum rhythm at times, becoming more thunderous or even slower and more dramatic. The riffing also accelerates to more frenetic speeds. The changes play a role in maintaining the song’s firm grip on the mind for almost 20 minutes, but it’s the combination of every ingredient that makes the song such an extraordinary experience.

I’ll close by noting that the man behind Elysian Blaze says that the completion of “The Virtue of Suffering” has been energizing for him: “The prospect of recording a new album doesn’t seem so daunting now, and my focus is now on finally completing that goal. Thank you for your patience.” 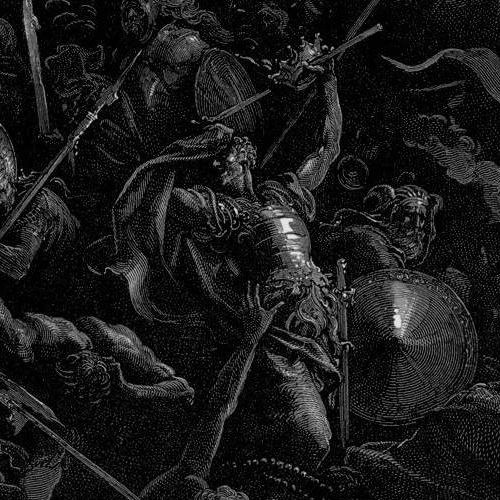 Last fall I devoted some attention to a few songs by a one-man project named Ataraktika, who has been uploading recordings to his SoundCloud page for the last six years. Recently I revisited that page and found four more songs that have been uploaded since I wrote about Ataraktika last fall. I’ve included streams of the two most recent ones below, though all four are worth hearing.

The two most recent ones are “Combattant” and “Victima“. As before, these are instrumental-only tracks, and both are explosively vibrant and emotionally intense. There is often searing pain in the moods of the ringing melodies, rising from heart-aching melancholy to crescendos of emotional disintegration, and Ataraktika makes equally effective use of changes in the power and pace of the drum rhythms to underscore the shifts in mood.

Last fall I didn’t know anything about the person behind Ataraktika; now I’m pretty sure that he’s the vocalist of the Swedish black metal band Naturvidrig. I still wish he’d start releasing his finished songs through Bandcamp so I can carry them around with me. 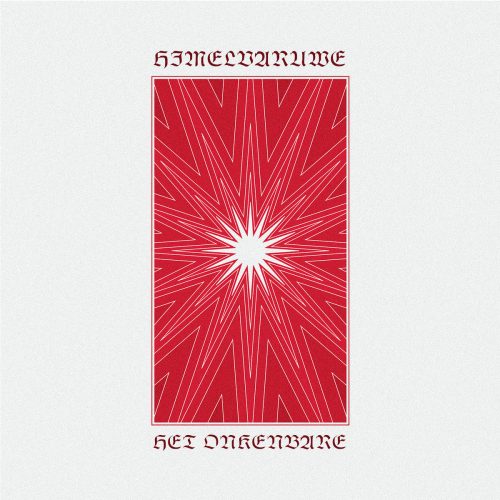 Himelvaruwe is another one-person project, this one based in the Netherlands (Utrecht). The most recent release is an EP named Het onkenbare that appeared on May 14th, though the Bandcamp page also includes three previous releases. This new one is a single 20-minute piece.

Since I’ve been saying it so often recently, I won’t explain again why I usually shy away from tracks this long (and at this rate, maybe I’ll soon reach the point when I’m not daunted by it at all). But this one, like others I seem to have been indulging with greater frequency lately, is remarkable.

The solemn a cappella chorus that opens the song seems to place the listener within a gothic cathedral. And then the cathedral seems to go up in flames, and to disintegrate under the force of grim, abrasive riffing, the eventual hammering rhythms, incandescent writhings of eerie, twisting and soaring melody, and bursts of skin-splitting shrieks. The sound is dense, the overall effect harrowing. And yet, a feeling of reverence persists, due in part to the re-surfacing of choral voices.

The immense main riff and rhythmic cascade established at the outset loops almost all the way through the song, providing a powerful drive-train for this musical vehicle. Himulvaruwe adds changing layers of instrumentation and vocals over that near-relentless surge. It sounds like combat, a fight for some new revelation, a senses-shattering process of change. It triggers a kind of fugue state. Who did I used to be, I wondered at the end? Who am I now? Maybe the answers will come in due course.

(Thank you Miloš for linking me to this.)