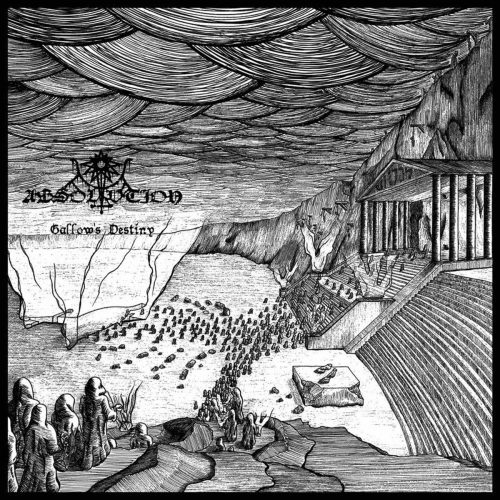 In May we presented the premiere of “The Lion’s Face”, one of four tracks on Gallow’s Destiny, the new EP by the French black/death metal band Absolvtion that will be released by Atavism Records on July 31st. Today we have another track from the EP for you, this one entitled “Concrescence of the Opposite“.

“The Lion’s Face” pulled the listener headlong into an alien nightmare, choking with the aroma of pestilence and dazzled by visions of shape-shifting archfiends. Both diabolically oppressive and irresistibly innervating, the song was an eye-opening herald to Absolvtion’s rising power within the globe-spanning realms of the black/death underground. The song you’re about to hear only further strengthens the appeal of the EP. 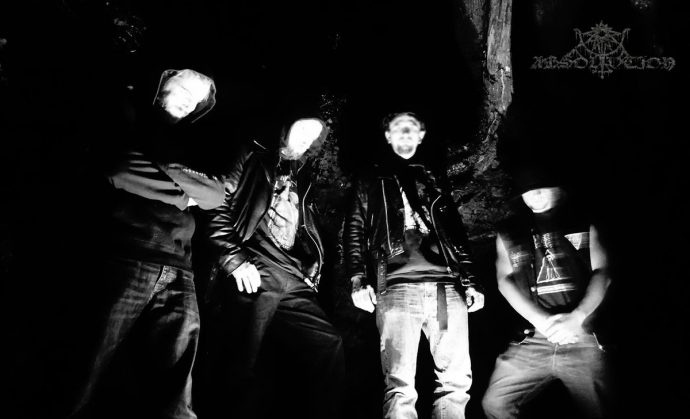 “Concrescence of the Opposite” is a guitar-driven song that channels an atmosphere of cruelty and evil, but it also exhibits a mesmeric and mystifying quality. It manifests savage chaos, but is also barbed with hooks that trigger head movement.

The music is produced in a way that creates a diseased and murky sound, but not too murky, not so distorted as to obscure the constantly changing sequence of vicious but magnetic riffs — boiling and swarming, rising and falling, veering and vaulting, buzzing and lashing — which burn above the deep throb and thrust of the bass and a changing drum pattern that’s sometimes battering, sometimes stalking and lurching. The vocalist’s deep, remorseless roars underscore the mercilessness of the music’s intensity.

Like the EP as a whole, the track shakes the listener by the throat, injects poison into the blood and nightmares into the mind, and jolts the pulse rate — and it’s sadistically infectious, too.

Gallow’s Destiny reveals a powerful step forward from the band’s 2016 debut EP, Obscure Catharsis (which itself is very much worth your time). Atavism recommends the new work especially for fans of such groups as Vassafor, Temple Nightside, Pseudogod, or Archgoat.

Experience “Concrescence of the Opposite” below, along with the previously premiered track, “The Lion’s Face”. Here’s the pre-order link via Atavism Records:

Track List:
01. Gallow’s Destiny
02. The Lion’s Face
03. Spriritual Ascension
04. Concrescence of the Opposite