As explained yesterday, I’m trying to catch up on a lot of new songs that have appeared over the last couple of weeks that I wasn’t able to write about due to an assortment of distractions from my NCS duties. In lieu of the usual longer SEEN AND HEARD round-ups, I’m attempting to post shorter “playlists” on a daily basis for the next week or so. Shortening the collections to two songs per post may increase the odds that I’ll actually follow through on the idea. Getting completely caught up is, of course, an impossibility, in part because the coming days will undoubtedly bring even more new things I’d like to recommend.

The first song I’ve chosen for today is “Swallowed By the Dark“, the first track revealed from The Endless Howling Abyss, which is a new EP by the death-worshipping L.A. trio Draghkar. It’s set for release on July 27 and comes on the heels of a 2017 demo and a split released by Blood Harvest this past April with the Indiana group Desekryptor. 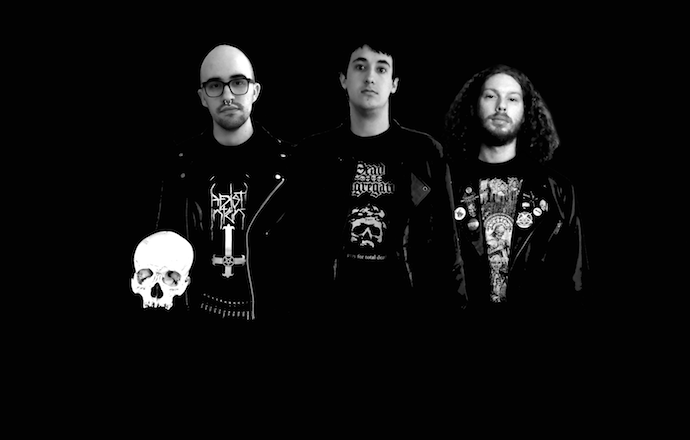 It’s a nasty piece of business, this song, with a foul aroma emanating from the roiling riffs and boiling leads, and a carnivorous lust in the vocalist’s ugly roars and incendiary howls. And of course, all that nastiness is what makes the song so damned attractive — that, and the head-hooking quality of the punk-fueled drum rhythms and pulsating bass lines. An atmosphere of horror and sickness infuses the music, but it’s a rollicking good time, too.

I’m fortunate to have an advance of the EP, and am gleefully rubbing my hands in anticipation of hearing the other three songs.

The Endless Howling Abyss will be released digitally, on CD by Craneo Negro Records, and on tape by Nameless Grave Records. A vinyl edition is also expected. 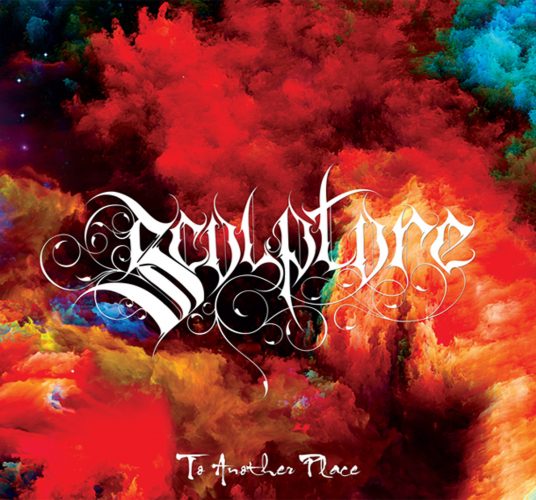 The next song comes from an album that was released on May 5th by the Brazilian label Hammer of Damnation. Entitled To Another Place, it’s the debut full-length by Sculpture, a São Paulo duo consisting of Willian Marante (Lost Graveyard, Obscure Mind, Infernalium) and Victor Prospero (Necromesis, Evil Mayhem).

Metal-Archives characterizes the music as “Progressive Black Metal”. Hammer of Damnation describes it as “the Brazilian answer to Alcest, Woods of Desolation, Harakiri for the Sky, Drudkh … but keeping a peculiar characteristic in a style that varies between Ambient / Post / Black Metal with some Progressive / Heavy Metal passages”. Significantly, it’s an instrumental-only album — but for those who are dubious about projects without vocals, please do keep an open mind.

Although the entire album is available for streaming, I haven’t even made my way through all of it yet, in part because I’ve gotten stuck on the second track. I forge ahead — and I can tell you that everything else I’ve heard so far is really excellent, too — but I keep coming back to “Through Infinite Horizons“. The high, whining riffs and darting bass notes are so damned vibrant and catchy; the drumming is so fierce, pulse-pounding, and eye-popping; and the technically impressive leads leap out like glorious streamers of white light, spiraling, swirling, and shivering ecstatically.

The song isn’t always a full-throttle electrifying rush, but even when Sculpture ease back on the throttle, soften the sound, and change the mood, the music remains fascinating (and becomes beautiful).

One Response to “QUICK HITS: DRAGHKAR AND SCULPTURE”