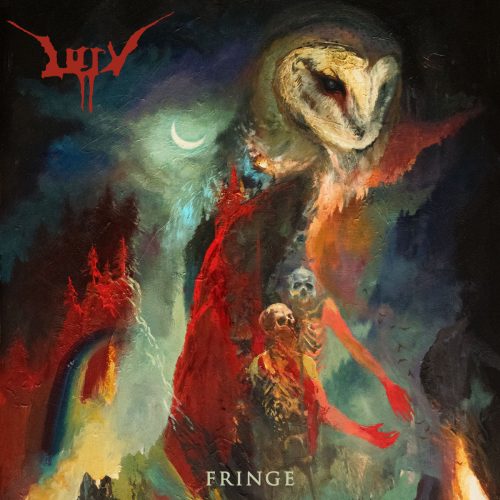 Adam Burke’s glorious artwork for Fringe, the new third album by the Finnish atmospheric sludge/doom band Lurk, preceded the revelation of music from the record, peaking curiosity about what sounds might follow. The first track made available for listening — “Reclaim” — swings and stomps, exuding a dismal and grisly atmosphere while getting the hooked claws of its sinister riffs and twisted leads ever deeper into your head as it moves. One further track has appeared (“Ostrakismos”), and today we bring you a third one in advance of the album’s August 5 release by Transcending Obscurity Records.

“Elan” is both deeply disturbing and hypnotic, slowly drawing the listener into an increasingly nightmarish descent, helpless to break away. The spell-casting begins slowly and seductively, but by the time the incantation has been completed, its black-hearted intent stands fully revealed. 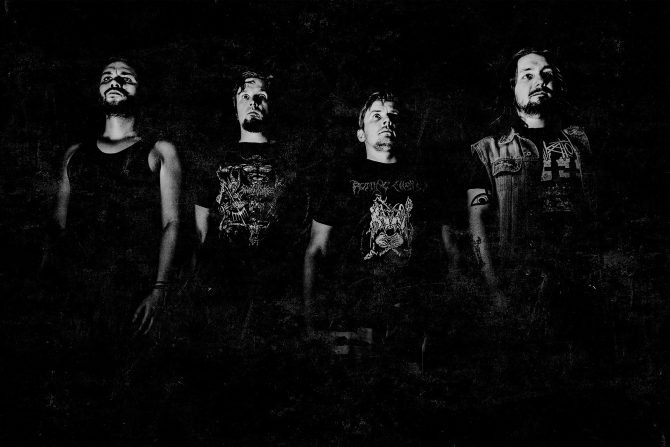 The slow, moaning notes that pave the way for this descent are haunting, and the music becomes even more spectral in its atmosphere after the sharp snap of the snare rhythm and the groaning bass tones arrive, when more gleaming notes join in to create a ghostly harmony. But as time passes and the music grows heavier, it becomes more and more threatening in its resonance, growing into a sound of looming, lurching malevolence, aided by harsh and harrowing vocals that give off waves of bestial fury and boiling madness.

Be forewarned: as unsettling as “Elan” is, it’s very tough to get it out of your head once it has lodged there.

Transcending Obscurity recommends Fringe for fans of such bands as Altar of Betelgeuze, Fleshpress, Adramelech, The Whorehouse Massacre, Abstracter, Jupiterian, Gaerea, and Eibon. In addition to our premiere of “Elan”, you can stream those two previously released tracks via the Bandcamp player below. Look for Fringe on August 5 and pre-order here: