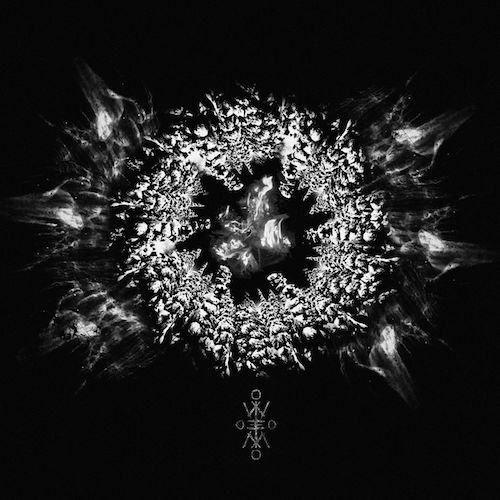 On July 6th Temple of Tortruous Records will provide a vinyl and digital release of the debut album by the one-man project With The End In Mind, from Olympia, Washington. The nearly hour-long album consists of five tracks, all but one of which (the title track) are of substantial length, the songs united by their creator’s reverence for the manifold forms of life around us and a torment born from the threat of humankind’s ever-escalating destructive tendencies.

“Anguish Symmetry” is the album’s second track, one that reaches nearly 14 minutes in length. Over its changing course it proves to be a dynamic and mood-changing experience, blending black metal and post-metal (as well as other ingredients) in ways that give the song vibrant emotional force and enthralling power. Agony and rapture are manifest in the sounds, as are sensations of sorrowing introspection and otherworldly grandeur. It has the ability to drive you inward and to take you out of yourself and into realms that don’t seem quite real. 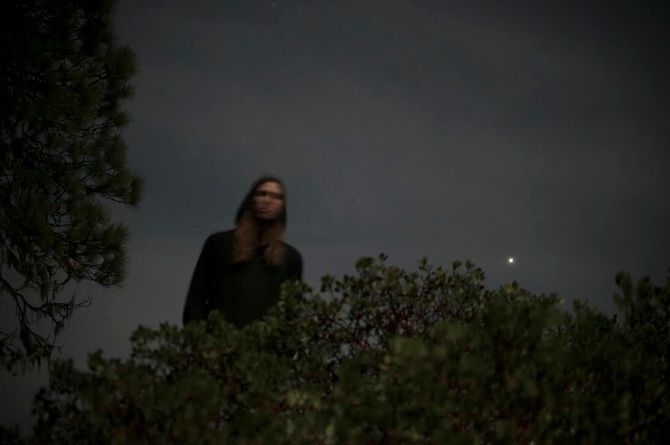 The person behind With The End In Mind explains:

“‘Anguish Symmetry’ is a song of desperation and dismay. For a culture steadily killing itself and the living Earth, and for the failed and worthless myths of hierarchy and consumption that we enact again and again. This piece takes its name from a term coined by Arnold Schroeder, in his online collection of writings found at https://springspeakstruth.wordpress.com/

The song’s changing textures and moods derive in part from the rise and fall of its velocity and sonic force. It begins with the abrasive sound of moaning and shrieking notes over a ritualistic drum cadence and the emergence of wrenching cries of caustic suffering mixed with rage. When the music surges, propelled by a heavy pulsing bass and furious blast-beats, the vibrating melody slowly elevates and descends over the tumultuous rhythms, shining in pain and ecstasy as the vocals continue to shriek in seeming despair.

A break in the rush lies ahead, an interlude in which the slow clang of the bass and the moody reverberations of the guitar create a feeling of wistfulness and gleaming, otherworldly wonder, which persists even as a tumbling drum pattern emerges and the bass begins to thrum. Still more changes are to come. When the surge resumes, a sweeping, panoramic melody unfolds. When it slows, melancholia seeps more strongly into the music’s mood, ultimately reaching depths of grief. At the end, with that huge bass lending a feeling of defiant vibrancy, the music crescendoes like a sunrise.

Or to summarize the track more succinctly, it’s one hell of a mesmerizing trip.

Unraveling; Arising will be released digitally and in a limited Double-LP edition with deluxe gatefold cover, in 180g heavy virgin black vinyl (label exclusive) and also clear edition (as a mail-order edition). Listen to “Anguish Symmetry” below, where you’ll also find a previously released video for the title track.

With The End In Mind:
http://www.wteim.net