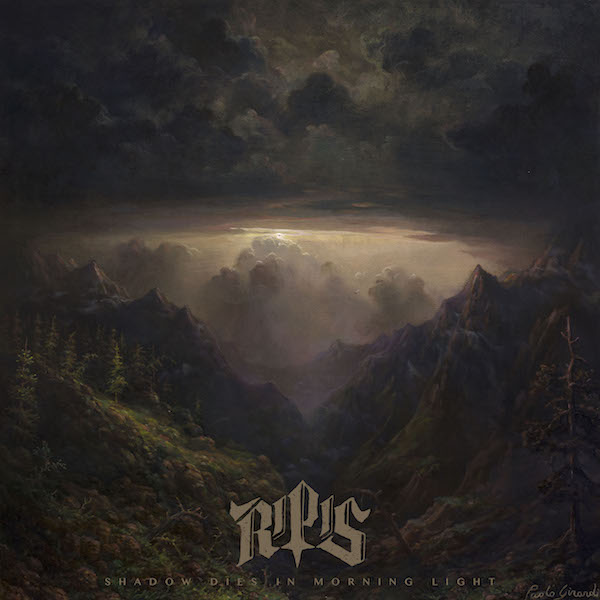 We greeted this opportunity to reveal the artwork of Paolo Girardi with open arms, since we’re such slobbering fans of what he does, and the piece you’re now gazing at really is stunning. But when we learned that his creation was paired with music as good as the song you’re about to hear — and the performance of which you’ll see in a music video — it became an even more exciting occasion.

What we have for you today, in addition to that memorable painting, is a video for the title track to Shadow Dies In Morning Light, the forthcoming second album by the doom band RIPIS from Austin, Texas. The album will be independently released on June 22nd — and we’ll also reveal how you can get it on vinyl beginning today. 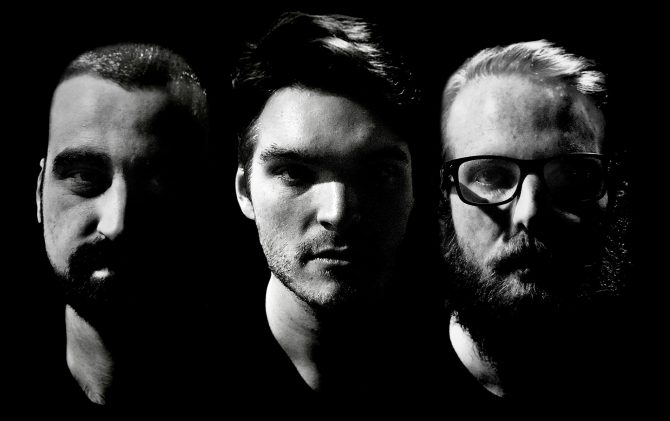 The setting that RIPIS chose for the video was a fitting one. The song is a massive, staggeringly heavy piece of music, with the weight of stones mounted high in rising walls. But there is also a sense of solemnity and stained-glass beauty in its soul-spearing melody.

The immense, craggy riffs and pavement-splitting drum and bass rhythms heave and stomp with brutal force, and that makes the contrast provided by the spectral reverberation of the high wailing vocals even more striking. As the song proceeds, the sense of deep grief and reverent mourning exuded by the music becomes increasingly intense and desolating, just as its soulful strains cast an ever-deepening spell on the listener — right up until the track’s abrasive, harrowing finish.

Beginning today, RIPIS are launching a Kickstarter campaign to fund the release of this powerful new album on vinyl, and the page for that campaign is where you’ll have the chance to pre-order the record: Go here for that:

And if you’re in the vicinity of Austin this weekend, catch RIPIS performing at Austin Terror Fest (more info here).