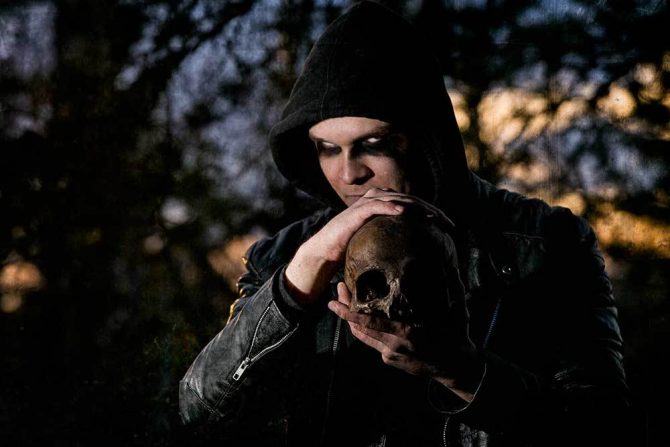 As explained previously, I’ve been trying to catch up on a lot of new songs that appeared over the last couple of weeks when I wasn’t able to write about due to an assortment of distractions from my NCS duties. In lieu of the usual longer SEEN AND HEARD round-ups, I’ve been posting shorter two-track collections, with the goal of doing them on a daily basis. Yesterday I missed the mark because I had three premieres to write. To make up for that, I’ll post two of these Quick Hits installments today.

On June 1, Bardo Methodology published an interview with the man behind Finland’s Devouring Star, which began as a solo project but now includes a drummer — who is an eye-popping talent in his own right, as you will hear.

Like almost every interview I’ve encountered through Bardo Methodology, this one is very interesting and informative on subjects that go well beyond the composition and performance of extreme music. Accompanying the interview was the exclusive premiere of a track from Devouring Star’s new album, The Arteries of Heresy, and as of yesterday the song has become available for direct streaming on Bandcamp, which reminded me that I hadn’t yet mentioned the song here.

“Sin Assimilation” sounds like a hurricane from another world, a cyclone of dense, roiling chords and furious drum-work infiltrated by swirls of charismatic, cosmic melody edged with melancholy, its intensity further magnified by the reverberation of inflamed howls and roars. When the rocketing pace relents, the music becomes enthralling, the dramatic melody moving in evocative waves of sorrow (or at least that’s the emotion I take away from it). It’s a savage cut, to be sure, but an otherworldly and soulful one as well — which is a lot of qualities to capture successfully in a single song.

The Arteries of Heresy will be released by Dark Descent on October 10, 2018, which is a long way off. Patience will be tested. 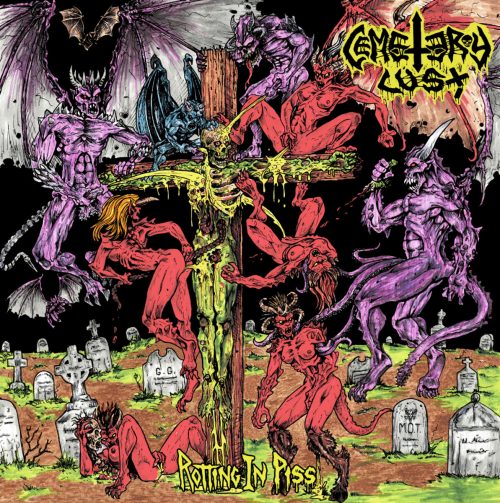 The next song contrasts with the first one in this small collection. Cemetery Lust forego the exploration of cosmic mysteries and spiritual discovery in favor of filth and sleaze, playing upon our carnal desires through ingenious deviancy. Or to put the matter more directly, this new song “Midnight Invasion” is the kind of raucous, venomous black thrash that gets the blood pumping. The riffs are as catchy as chlamydia and as nasty as a rabid dog. There are also plenty of dynamic twists and turns as these barbarians rampage through your head, and speaking of nasty, the vocals are the sounds of demonic terror.

“Midnight Invasion” comes from this Portland (Oregon) band’s new album, Rotting In Piss, which will be released by Hells Headbangers on July 20th.