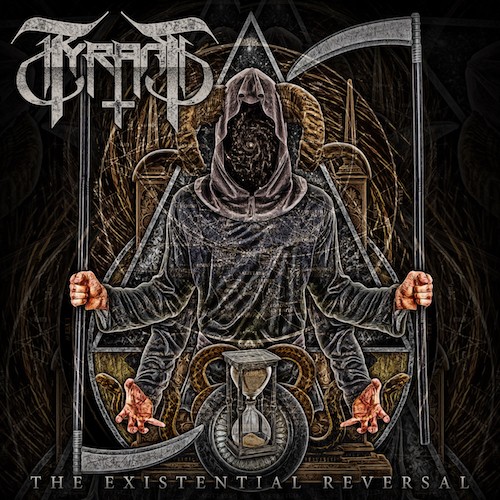 In the space of only three songs the Canadian quintet Tyrant provide a skull-cracking, blood-rushing, brain-twisting experience on their new EP, The Existential Reversal. Amalgamating aspects of melodic death metal, thrash, and groove, the band have created tracks that are physically arresting and exotic, both brutish and technically nimble, loaded with juicy riffs and solos, and fueled with furious energy. And to make the results even more impressive, the EP is a DIY production — and one that succeeds in delivering explosive sonic power.

The EP will be released tomorrow (June 15th), but we have a full stream of all three songs from the EP for you to enjoy today. 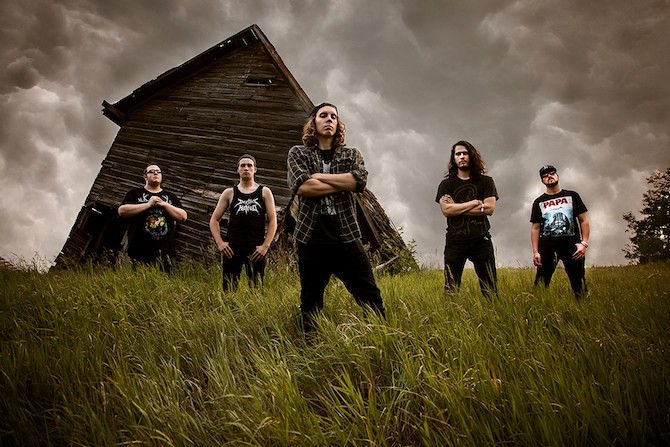 Tyrant’s penchant for groove becomes apparent in the opening track, “Flesh Candle“, a mainly mid-paced marauder that delivers mountainous, booming rhythms, vibrantly pulsating bass work, and sinister, swarming riffs. However, the song is also laced with darting, swirling fretwork and accented by an extended solo with a beguiling melody — and the kind of shrieked vocal fury that’s downright incinerating.

Without abandoning that penchant for skull-hammering groove, the band punch the accelerator in the follow-on track, “Spoils of Decimation“, a more thrash-influenced ripper. But the band’s penchant for dynamics is on display as well, with the pace briefly slowing to yield the field to another narcotically attractive solo and then locking into a head-moving rhythmic sequence as the foundation for a second solo that’s a real fret-melter.

The final track, “Feast Upon Death’s Failure“, is perhaps the most dynamic and musically diverse of the three. Launched with a bass solo and dreamlike guitar arpeggios, the song builds in power, its dark undercurrents matched against a panoply of flickering leads and scalding vocal extremity. A moody acoustic-guitar interlude pulls the music back into a darker place, where a serpentine solo squalls and flashes, and then the song erupts into a full-on rush of high-energy destructiveness — yet there are seductive melodies moving through the song’s power surges and tempo changes as well. 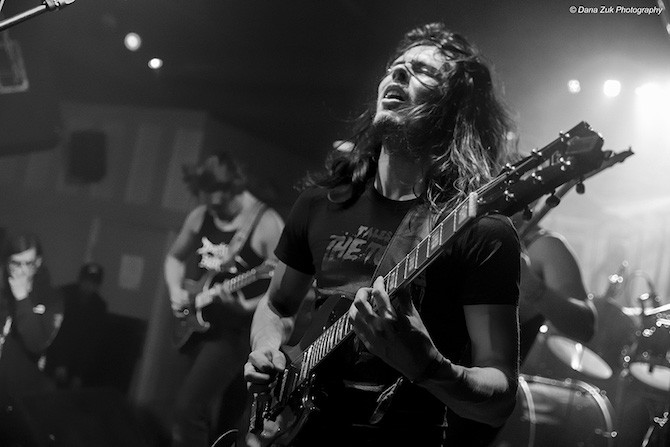 As noted earlier, The Existential Reversal will be released tomorrow. Pre-order info and further background about the band’s past and current activities can be found through the links below. We’ve also included Tyrant’s video for “Spoils of Decimation” along with our premiere of the full EP stream.