As promised earlier, I’m trying to make up for failing to post one of these Quick Hit features yesterday by posting two today. On the other hand, this second of today’s small round=ups isn’t really accomplishing the goal of catching up on music from the past couple of weeks that I wanted to recommend — because late-breaking developments have intervened.

In last Sunday’s SHADES OF BLACK column I trumpeted the news that Funeral Mist had sprung a surprise by announcing that a new album would be released on June 15th, more than nine years after the last one. I doubted that any music would become available for streaming until the album’s release, given the short time between the revelation of the news and the album’s release, and that proved to be true. But there was one further surprise: The album was released a day earlier than scheduled. In other words, it’s out now.

Comparing a band’s new album to previous ones isn’t just an academic exercise, especially in a case like this one, where the first album (Salvation) caused mass swooning which continues to this day and the second one (Maranatha) was met (as I recall) with a less rapturous and more grumbling response. And so, opining whether the new one (Hekatomb) is more or less like Salvation or Maranatha could provide a useful guide to people whose tastes inclined them more or less toward one of those predecessors.

I have, for example, already seen comments to the effect that people who were dismayed by Maranatha aren’t going to embrace Hekatomb, and accusations that Arioch’s membership in Marduk has led to a further-increased bleeding over of the latter band’s more structured and war-like riff stylings, diminishing the spirit of unpredictable chaos that once animated Funeral Mist. Perhaps the further changes will prove even more controversial than those reflected on Maranatha. However, rather than engage in comparisons, useful though that might be to some, I’d rather just take Hekatomb as it is, standing alone.

And I’m very happy with what it provides. There’s absolutely nothing wrong with getting a massive headbang-trigger right in the first track, which also twists and turns in unpredictable ways that do channel wildness and mayhem… and the little buzzing riff in that song proves to be insidiously catchy. The vocals are quite a diverse panoply of sounds, too, a changing combination of madness and murder… and wailing.

I think anyone who has rushed to characterize the album as some kind of standard black metal or a mere Marduk clone maybe hasn’t listened carefully enough. The boiling exuberance and unexpected creative twists revealed in the first track don’t end there, nor do the music’s physically compulsive elements or its dramatic vocal variations. The songs come at you with knives drawn, teeth bared, and torches held high, drums blasting and riffs writhing, but they also spin the mind upward and out as if caught in a cyclone of flame, or in the throes of mystical hallucinations, and the strange, small touches that add further textures to some of the songs (such as the pinging tones in “Cockatrice” and the strident vocal proclamations in “Pallor Mortis”) do more than shove the listener a bit off-balance. “Cockatrice”, by the way, is my early favorite among the 8 tracks.

But I think I’ll stop here and leave you to the music. Much more dissecting of the album, and assessments of its place in the Funeral Mist canon, can be left to others, and after all I’ve only listened to it once — which is the least that you should do. If you’re like me, you’ll find it to be one of 2018’s stand-out black metal releases. 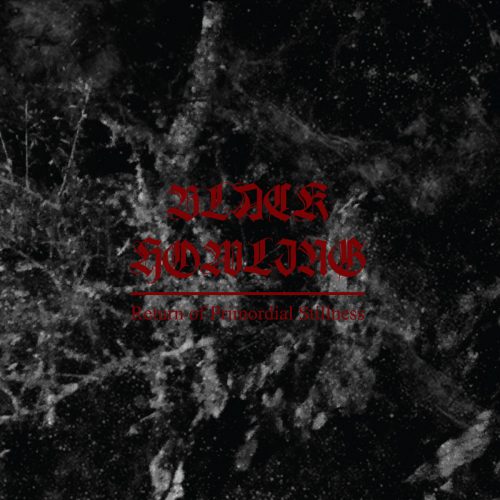 Despite the fact that this Portuguese black metal band have been active since 2001 and have released five albums and a multitude of splits and demos since 2003, I can’t recall crossing paths with their music until today, when I listened to the following excerpt of a track from their new sixth album, Return Of Primordial Stillness. And so I had no preconceptions, nor any basis for comparison when I heard it, but found it a really striking piece of music.

And yes, unfortunately, it’s just a piece. The full track, “Celestial Syntropy“, is 14 minutes long, and based on these 4 minutes and 15 seconds of it, which is all that’s streaming, I really wish I could listen to the whole thing without delay. The excerpt begins abruptly, suggesting that we’re  joining the song in mid-course. There is tension and pain in the music, and great dramatic power, building to the point when I’m impelled to say it becomes glorious.

There are some head-triggering riffs and majestic drum cadences in here as well; the music erupts in surges of boiling ferocity, and the vocals are caustic enough to melt paint from the walls, but the song brings in stylistic ingredients from outside black metal (including soaring clean vocals at the excerpt’s end). I’m left powerfully intrigued and hungry for more.

Return Of Primordial Stillness will be released by Signal Rex on July 27th.

UPDATE: The entirety of “Celestial Syntropy” is now streaming through DECIBEL’s premiere HERE.