For today’s installment of this 2018 list I’m taking a turn toward black metal, of unusually high quality. And I’ll give you a preview that black metal will be the focus of tomorrow’s post as well. As the writer of our site’s Sunday SHADES OF BLACK column, I have a vast number of black metal tracks on my collection of candidates for this list, and while I’m committed to making it representative of addicting music across a range of genres, that particular genre is going to get its fair share of attention in the weeks ahead.

When I first listened to Funeral Mist’s new album Hekatomb I wasted no time in putting pen to paper (so to speak). Avoiding any attempt to compare it to the enthusiastically received Salvation or the more controversial Maranatha, I considered it on its own and wrote (here): END_OF_DOCUMENT_TOKEN_TO_BE_REPLACED 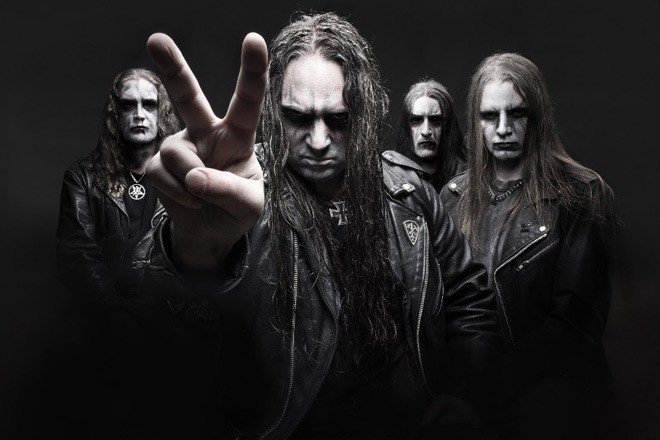 Whatever your decision, though, I can say that both these albums offer some extremely  good Black Metal, although both are successful for different reasons. END_OF_DOCUMENT_TOKEN_TO_BE_REPLACED

As promised earlier, I’m trying to make up for failing to post one of these Quick Hit features yesterday by posting two today. On the other hand, this second of today’s small round=ups isn’t really accomplishing the goal of catching up on music from the past couple of weeks that I wanted to recommend — because late-breaking developments have intervened.

In last Sunday’s SHADES OF BLACK column I trumpeted the news that Funeral Mist had sprung a surprise by announcing that a new album would be released on June 15th, more than nine years after the last one. I doubted that any music would become available for streaming until the album’s release, given the short time between the revelation of the news and the album’s release, and that proved to be true. But there was one further surprise: The album was released a day earlier than scheduled. In other words, it’s out now. END_OF_DOCUMENT_TOKEN_TO_BE_REPLACED

(Neill Jameson (Krieg) returns to our site with a further installment in his series on black metal from years past. Some real gems are collected here, and others can be found in his previous installments located behind this link.)

Without much need for exposition since this is my fifth time doing this subject, I guess all I really can say is I don’t understand why these records sit with some dust on them when so much other nonsense gets lavished with praise. It’s probably my taste and inability to think positive thoughts, but that seems like some shit for my therapist. So without further hold-ups, here’s a few more black metal records that I feel should have some light shed on them. END_OF_DOCUMENT_TOKEN_TO_BE_REPLACED