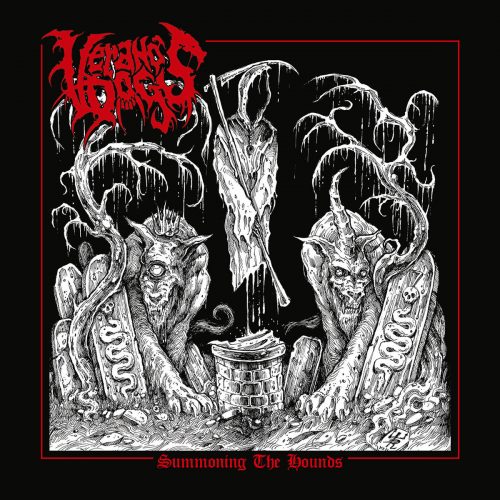 What could be more heart-warming than an album devoted to dogs, made by a band named for dogs? After all, canines are man’s best and most devoted friends, aren’t they?

Well, you’d better fucking think again. The hounds summoned by these musical tales aren’t your loyal friends — they’re emblems of death. They range from Cerberus at the gates of Hades to the dog-headed Anubis, lord of the Egyptian underworld, from Conan Doyle’s Hound of the Baskervilles to the baying creature in one of Lovecraft’s first stories in the Cthulhu mythos. If there’s a warm heart in this music, it’s the one these tracks want to tear from your chest, still beating. 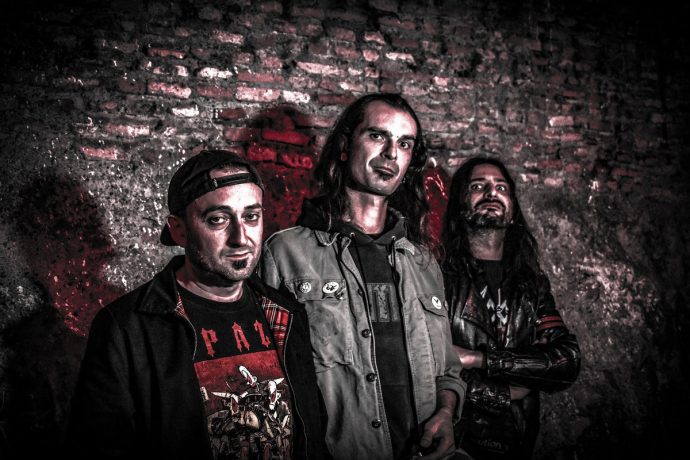 And as for this Italian band’s name, Verano’s Dogs refers not only to the kinds of wolfish and supernatural creatures associated with dead souls and the afterworld but also to one of Rome’s most famous cemeteries, whose origins date back to the early 19th century and includes catacombs that are far older.

With these kinds of references spread throughout the album’s 10 tracks and the band’s name itself, it shouldn’t be surprising that the music is both rabid and doomed, a hybrid of vicious grindcore and necrotic death metal.

All of the tracks fly by, only one of them topping the three-minute mark. The music races and rampages in blood-spraying displays of destructive mayhem, fueled by battering drumwork, cruel, grinding riff abrasion, and ear-shredding, boiling-in-oil shrieks. But that’s only part of what these tracks dish out.

Along with the ferocious brawling and punk-like scampering, you get brute-force bludgeoning and gruesome, groaning chords. Along with those horrific shrieks in the vocal department, you’re also assaulted by monstrous, murderous roars. The stench of death shrouds the music, along with the sweat-stink of fear and violence.

Flowery words aside, the album is also a just a hell of a lot of fun to hear. The energy is explosive, the execution is sharp, the grooves are thunderous, the soloing is white-hot. And the amalgamating of grind and gruesome, funereal death metal is accomplished fluidly. Moreover, the songs have character — the tracks don’t sound like the same thing over and over again.

And all of that preceding verbiage is a lead-up to the main attraction, which is a full stream of this head-wrecking album via the YouTube player below on this, the day of its release. You’ll find an index to the songs at YouTube (here).

Summoning the Hounds is available for order now via Metal Age, both digitally and on CD. Metal Age recommends it for fans of early Death, Machetazo, early Napalm Death, Phobia, and Repulsion.

Prepare for a highly adrenalizing and hellish experience, and press Play below.