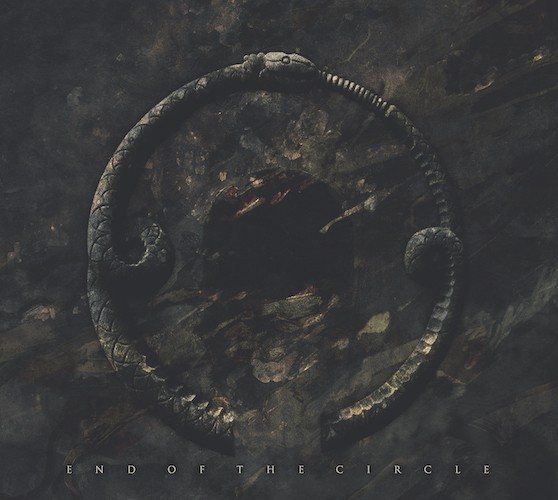 Ennui from Tbilisi, Georgia, are an old favorite of this writer, sort of like a fondly but frighteningly remembered ghost that lives the attic, an ancient and towering haunt that’s itself deeply haunted and that occasionally emerges from its sunless gloom to blot the sun from our own changing seasons. As Ennui say in a statement about the mammoth new song we’re hosting today: “None of us will ever see the gleams of light in silent dawn. None of us will even know, that our shadow was already gone.”

Three years on from their very fine last album, Falsvs Anno Domini, the Ennui duo of David Unsaved and Serj Shengelia are ready to emerge again, once more to draw us inexorably into their own deep shadows with a new album named End Of The Circle, which is set for a September 5 release by Non Serviam Records.

Ennui never hurry through their songs — their withering spells take time to unfold, to deepen, and to flourish, and especially so on this new record, whose three sagas range in length from 20 minutes to more than 30. And two of those are parts of a conceptually unified musical tale. “The Withering Part I — Of Hollow Us” is what we have for you now. 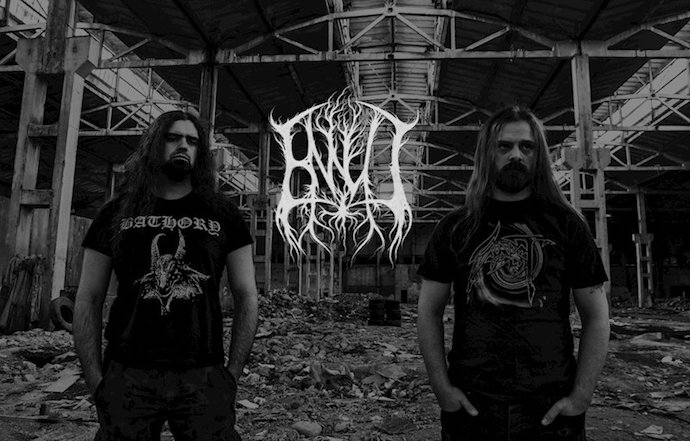 I have a perhaps tedious tendency, in introducing new songs, to try to map their course — “this happens, and then this other thing happens, and then it goes here…”, and so on. That would be unusually foolish for this 20-minute track, which travels such a far distance and brings so many different visions in view as it moves. It may make more sense to provide a preview of the sensations it generates through this duo’s very heavy and evocative amalgamation of death and funeral doom.

Yes, it’s very heavy indeed — crushingly so, reaching levels of oppressiveness that bend your mind over like a peasant yoked with a load of stone laboring along rain-soaked roads at dusk, pushed deeper into the darkening mire under the heartless prodding of a truly cavernous voice. And on the other hand, the music glimmers with the beauty of stars overhead, shadowed and shifting in the mist, its crystalline notes of melody easing the pain, or maybe offering nothing but false hopes.

There’s a sense of struggle in the music, too, a feeling of fighting against the gravity of death, a fight that boils to a frenzy of resistance, which proves fruitless. And of course, the atmosphere is haunted and chilling. Lonely spirits spiral around our daunting path in the ring of reverberating strings; their presence is both chilling and beguiling; they beckon with pale see-through hands, and long for our company in the endless drifting nether-realm that’s forever now their home.

I’ve been hypnotized many times before by Ennui‘s creations, but this piece of sorcery might be their most accomplished yet — and I’m referring not only to this song, but to the experience of the album as a whole. There’s a lot to take in, and not the kind of thing you hear once and then move from without a backward glance. I need more time with it; I know it will be time well-spent. And the time you spend with just this one withering (and beautiful) song will be well-spent, too. These long minutes will pass before you know it. 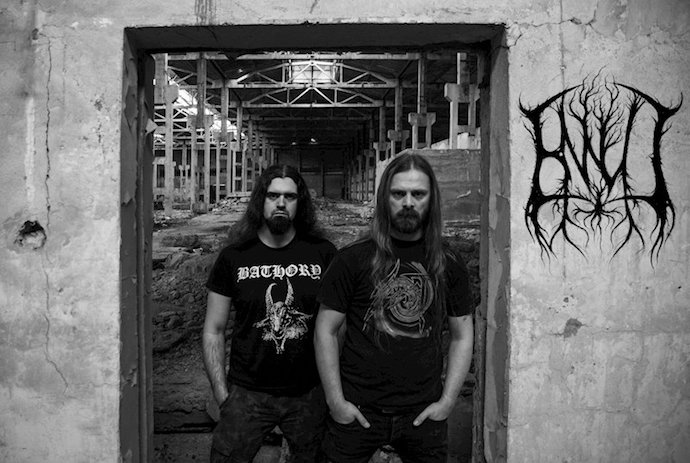 End of the Circle was mixed and mastered Grindhouse Studios in Athens. The striking cover artwork was created by W. Smerdulak. The album will be released on September 5th by Non Serviam on digipak CD and digitally.

One Response to “AN NCS PREMIERE: ENNUI — “THE WITHERING PART I – OF HOLLOW US””