This Delaware band is certainly better-known than they used to be, due in part to 20 Buck Spin’s release of Excavated For Evisceration earlier this year, which compiled the band’s non-LP material in one place, but they still need to become a lot better-known because THEY’RE SO GOOD! I have a feeling that will happen when the same label releases their new album on September 28th. 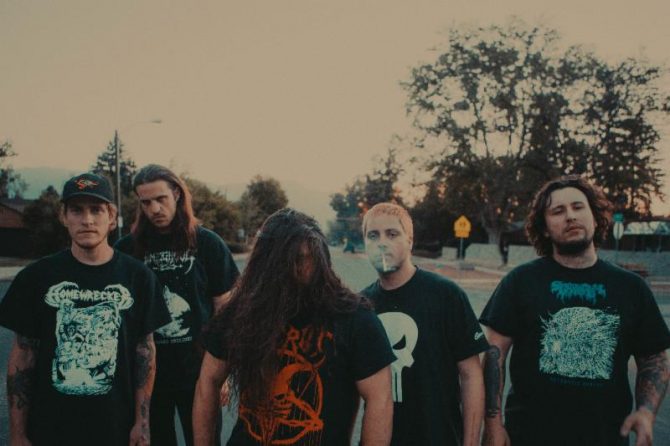 Ecliptic Butchery is the album’s cryptic but delicious name, and “Exhibits of Torture” is the song that popped up yesterday along with the album’s announcement and the unveiling of the perfect cover art by Misanthropic-Art. “Fans of Vastum, Suffocation, Cannibal Corpse, Extremity, Witch Vomit, Necrot, Exhumed, and Homewrecker are advised to get in front of this steamroller” — so says the press release, and that’s sound advice.

The opening solo in this barrage put a big smile on my face the first time I heard the song… and the second time… and the third… and everything else about the song makes me smile. No self-respecting fan of gruesome, gut-punching, horror-drenched death metal should miss this (or the additional soloing you get as the song rumbles, lurches, and gallops ahead). 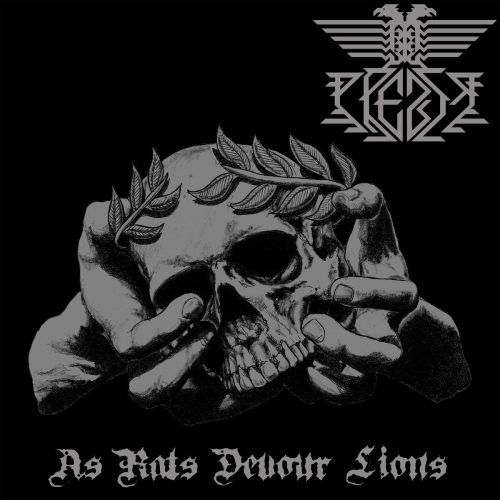 Prezir are even lesser-known than Scorched, and also deserve more exposure. Their debut EP, 2017’s Contempt, was excellent, and now they too have a new album on the way. Entitled As Rats Devour Lions, it’s set for release by Godz Ov War Productions on September 17th.

If you’re only now encountering Prezir for the first time, it’s a collaboration among some veteran Milwaukee musicians — guitarists Rory Heikkila (Shroud of Despondency) and Tyler Okrzesik (Shroud of Despondency), vocalist/lyricist Luka Djordjevic (Khazaddum), drummer Brian Serzynski (Pigs Blood), and bassist Jerry Hauppa (Ara, Northless). Their music is described as a rendering of ferocious black metal (in the lineages of Deströyer 666, Dawn, and Emperor) infused with thrash (in the vein of Megadeth and Slayer) and death metal (under the influence of Morbid Angel, Immolation, and Deicide). Sound good? So does the new album’s title track.

This fast-rushing track is loaded with nimble fret-work, by the bassist as well as the speedy-fingered guitar duo, plus some blazing drumwork. There’s a strong dose of thrash in its forward momentum, along with bursts of ripping and blasting, and a high-low vocal duality that’s vicious. But the guitar pyrotechnics steal the show. 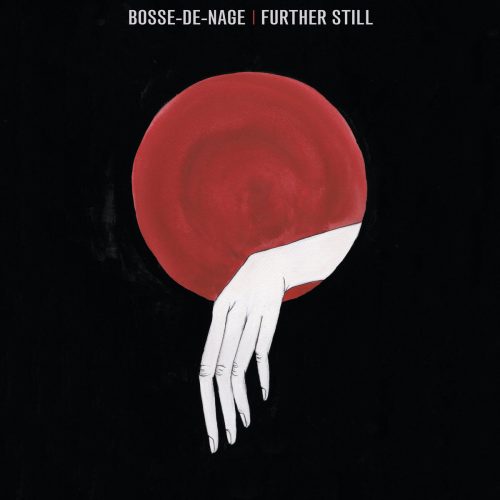 On September 14th, The Flenser will be releasing a new record by San Francisco’s Bosse-De-Nage. Its name is Further Still.

I suppose “quirky” and “unpredictable” are the words that come to mind most often when I see the band’s name. I haven’t consistently enjoyed everything they’ve done, though I’ve been seduced by quite a lot of it, sometimes even when my first impulse was to take a step back from it. But I’ve always been interested in hearing what they’re doing, and still am — and I do enjoy this first single from the new album.

The skittering, clattering drumwork and clean, clanging guitars that open “Crux” and reappear again later get their hooks in fast. Interspersed with that you’ll find bursts of full-throttle mayhem driven by whirring riffs that reek of lunacy and eye-popping drum frenzies. The vocals are on fire, and the song even finds a time to soar before it abruptly ends. 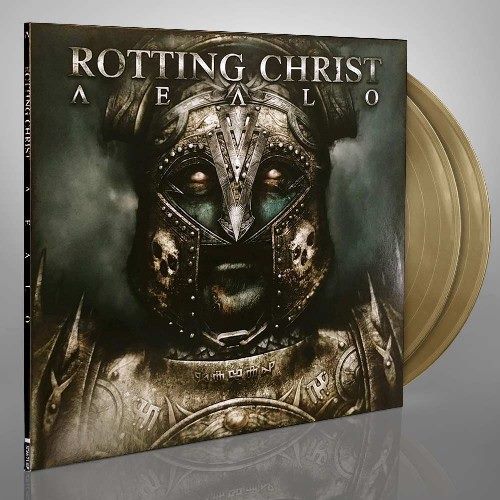 “Pir Threontai” originally appeared on Rotting Christ‘s 2010 album Aealo, and the final album in Part 2 of this round-up is a lyric video for a recently re-mixed and re-mastered version. In fact, Rotting Christ and Season of Mist had the entire album re-mixed and re-mastered last month by Mark Mynett at Mynetaur Studios, and it’s being released now by that label in a limited double-vinyl edition.

I haven’t found anything that explains why Rotting Christ and SoM decided to have the album re-mixed and re-mastered, but regardless, this new stream of “Pir Threontai” sounds damned good. And with that, I’ll leave you to it — to wreck your necks.