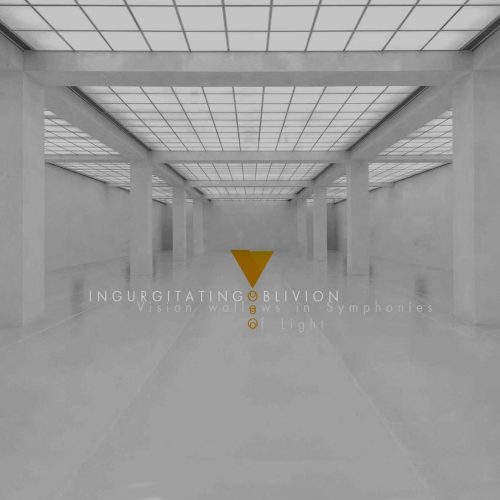 (In this Saturday’s edition of WAXING LYRICAL Andy Synn posed the usual questions to Florian Engelke of the German band Ingurgitating Oblivion.)

Germany’s Ingurgitating Oblivion have been making dark, dissonant waves in the European Death Metal scene (and beyond) for a number of years now, with last year’s Vision Wallows in Symphonies of Light not only majorly increasing the band’s worldwide fame and notoriety, but also expanding their sound in ever more complex and progressive ways.

If you’re unfamiliar with the group and their work, then this edition of The Synn Report should make for a good primer, or you can just dive straight in with the following interview with the band’s guitarist and primary lyricist Florian Engelke!

First off, thanks heaps for the opportunity to share some insights into Ingurgitating Oblivion’s lyrical approach. This is special to me as, like you mentioned yourself, usually lyrics are not really a topic which gets a lot of attention in Metal (and other genres of subcultural outlets) and, also, because lyrics have always been an absolutely critical element in IO’s compositions.

Basically, I started IO back in 1997 and have more or less always been the chief lyricist and composer. There was a time (Voyage towards Abhorrence and Continuum of Absence era) where I shared this mission with our then-vocalist. This meant compromises here and there, but that is fine, I guess.

Since Vision Wallows in Symphonies of Light I have been the sole lyricist in IO again, which is awesome as it reminds me of the band’s origins … you know, when we started 21 year ago. 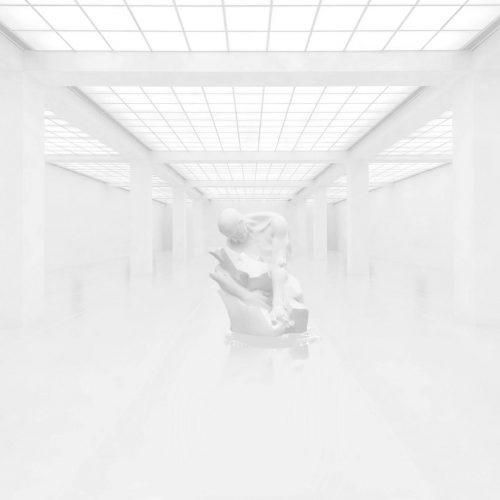 I am very much into the conscious exchange of ideas, this is what really inspires me, and so I have several close friends who inspire me as conversation partners, for instance Jan Ferdinand, who plays the vibraphone and jazz/post-rock guitars on our latest album, and is a long-term friend of mine and a person who I simply like to talk to.

You see, there are conversation partners who simply show off, act competitively, play some sort of psychological game (as in yes, but or monologization of dialogues, no active listening, no real dialogue) and generally display one-sided conversational demeanour. On the other hand, there are people who are mature or simply easy going conversationalists – and Jan certainly is one.

Basically, we just sit down and talk about deconstruction, some author, children, politics, a painter or something we are clueless about and would like to study. In such cases, indeed, I make some sort of mental note. I jot down an idea (using scrap paper or something of the sort), or I dictate some voice message onto my cell, and then I start writing.

What I usually do is create some sort of metaphor or develop some sort of distinct picture or vision of what I want to write about. Personally I need to see this very thing very clearly in the first place. It is only then that I start writing.

Lyrics and music have always been two distinct entities to me. And what I find intriguing is to write the music on the one hand and write lyrics on the other hand. The most fascinating and rewarding thing is then to marry the two … and for some magical reason it has always been possible to section, structure and partition the lyrics in a way where they fit the music perfectly. Pure magic! 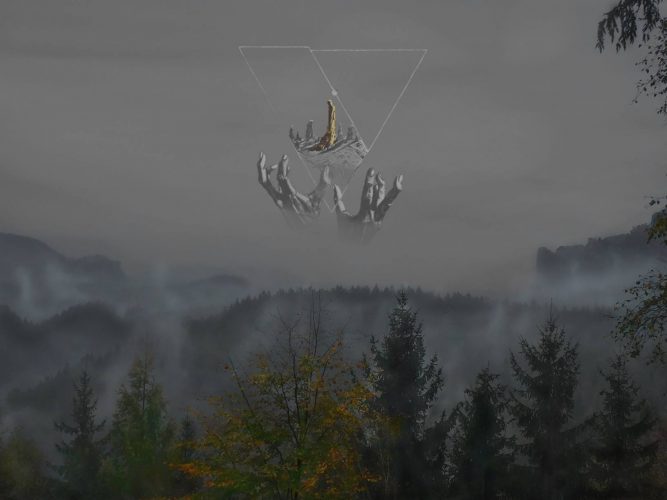 I must have hundreds of favourite lines. Like this one fromWuthering Heights:

“A perfect misanthropist’s heaven: and Mr. Heathcliff and I are such a suitable pair to divide the desolation between us.”

Or what about John Milton, Paradise Lost:

“Abashed the devil stood and felt how awful goodness is and saw Virtue in her shape how lovely: and pined his loss”

And then there’s William Faulkner in As I Lay Dying:

“At night it is better still. I used to lie on the pallet in the hall waiting until I could hear them all asleep, so I could get up and go back to the bucket. It would be black, the shelf black, the still surface of the water a round orifice in nothingness, where before I stirred it awake with the dipper I could see maybe a star or two in the bucket, and maybe in the dipper a star or two before I drank. After that I was bigger, older.”

From my own work it’d be:

“A devourer of flitting shades who dwells in rays of light illumines the incessant fountain and withers. When our noblest visions molded themselves the Devourer of uroboric rays of light was made by this.”

I just love the ways in which language, culture, and atmosphere can be verbalized beautifully and are reminiscent of the author’s internal states and external fates. I love fantasies, dystopian visions and contemplations on life.

This is what drives me personally and this is what my lyrics are all about as well – linguistic consciousness, therefore conscious experience, conscious dwelling on matters and conscious sublimination of what I have gone through as a personality or things I long for – and that is what I have been striving for on our latest release.

I have definitely grown as a person since we started IO. Clearly, I have gone through a lot of joy and a lot of pain. I write more intuitively and therefore more naturally … at least that is my impression. Also, I no longer use English on a daily basis like I used to … therefore I have always made sure to read English literature as well as more scientific papers.

Consequently, I think I feel more free expressing myself in English now. At least when it comes to poetry and prose.

My old approach to actually have to see what I want to write about I have refined over the last twenty year or so. I guess this is a question of willpower. From Sun Tzu or guys like Peter Drucker, Erich Dihsmaier or Friedrich Glasl I have learned that one has to see and project visions into the future – and do this very clearly.

The more clearly you see yourself or the subject you intend to express, the better and more convincing the signals you give, the messages you express and the paths you promote to others.

Let me see… what about this one? “Imprecations” taken from Voyage Towards Abhorrence.

Gazing at the idol’s countenance – stern.

Gaping at this senescent composition.

An impromptu of the grand opacity

You see, I went through an interesting time back then when I wrote these lines. I was studying religion/theology, German/English linguistics and psychology at the uni. Basically, this meant having to deal with people who I was absolutely prejudiced about. Still, it’s nothing remotely original to observe that Death Metal guys are highly into religion, spiritualism and such. But to study it at the uni? Man, that was a different story!

I remember some seminars where I had to restrain myself from being insulting toward others. I mean, analysing, structuring, interpreting Islamic, Christian or Hindu lore was not an issue … but to actually build your belief system upon that very foundation? And also, to resort to some supernatural entity that holds a specific interest in those dwelling on planet earth?

Anyhow, what I saw when I wrote these lines was a bust in a labyrinth. Ungenerous, petty-minded, jealous or just meek and mild and therefore naïve. This bust I saw – and I mocked it. Adolescent arrogance, you see?

These lines have been taken from the title track of Vision Wallows in Symphonies of Light and I love them:

the auguries of thunder are redeemed to her inner ocean

emerging from the waters shines forth the recollection of emptiness

This is clearly reminiscent of my religious studies as I am obviously employing Old Testament language. The initial lines claim the absolute, which per se is ridiculous, of course.

The auguries of thunder, that is hybrid prophecies of people and nations who are so bloated and naïve to claim they know where we all are going or what ultimately attracts us and gives us … destiny and fate … these auguries of thunder (implying threat, imminent sanctions and punishment) are given to some ominous female force and her musing.

To think holistically is feminine to me. Thinking and musing I have always associated with water and oceans (to put it in Jungian terms). So all the above gets transmitted and is therefore digested and analysed by what is dear to me and defining us as humans beings – to think, wonder, explore, conjecture and apply reason devoid of superstition (which by no means entails emotional, creative and interpersonal bleakness).

Once structured and analysed, such auguries emerge from the waters and are basically and in themselves … nothing.

I would like to say thanks, as I loved this interview as it’s totally different from what I usually do interview-wise.

Also, it goes without saying that Ingurgitating Oblivion are working on beautiful new compositions already. I am working with a highly talented new bassist, Giulio [Rimoli] from Rome and most certainly with Jan on vibrraphones.

I will be doing all the vocals and lyrics and composition on my own, and Lille from Defeated Sanity will support us on the drums again. So … it’s gonna be a great line-up and sublime vision again, I can promise you that.

Take great care and thanks again.