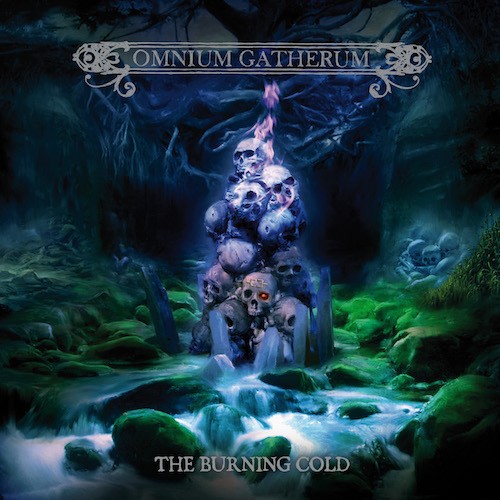 (We present Andy Synn’s review of the new album by Finland’s Omnium Gatherum, which will be released by Century Media on August 31st.)

Before I kick this review into high-gear, I want to clear something up once and for all… despite sharing some superficial similarities (and, these days, a guitarist), Omnium Gatherum and Insomnium really don’t sound all that much alike, and it would take a truly committed contrarian to suggest otherwise at this point.

Truth be told, regardless of whether you think they ever even sounded all that much alike in the first place, the differences between the two bands have only become more pronounced over the years, as while the latter have spent their time pursuing a moodier, more melancholy sound, the shameless synths ‘n’ solos approach favoured by the OG crew has taken them in a markedly different direction, to the point where their highly anticipated eighth album finds the Finnish sextet now occupying the same sort of highly energetic, audaciously anthemic, niche once inhabited by In Flames in their prime. 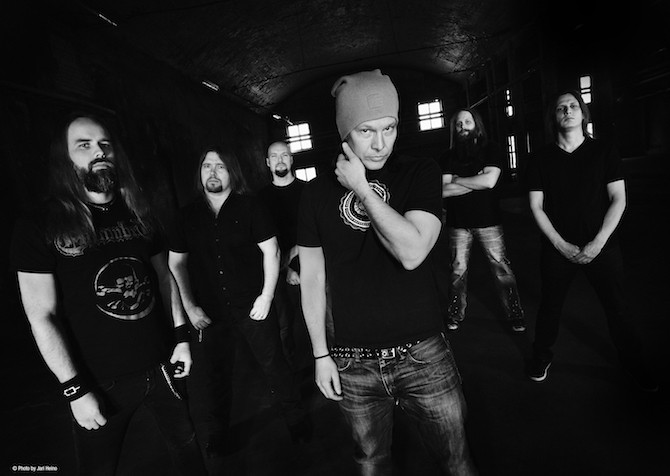 Indeed, there are moments on this album, quite a few of them in fact, where I’m tempted to declare that The Burning Cold is very much a throwback to the glory days of Melodeath as a genre, specifically that period in the late ’90s/early ’00s when records like Clayman, Damage Done, and A Predator’s Portrait (or even Sindustries) were the talk of the town, and the big bands of the scene were all being tipped as “the Next Big Thing” in Metal.

As we know now, of course, the promised explosion of those years quickly burned itself out, and the style rapidly became saturated by a seemingly endless array of z-list copycats, while its biggest and brightest names all fell, one by one, into a period of creative (if not commercial) stagnation, during which all their best riffs were callously co-opted and repurposed to feed the growing hunger of the Metalcore masses.

But that doesn’t mean that the genre as a whole has nothing left to offer, and Omnium Gatherum themselves have inarguably played a major role in re-establishing it as a legitimate musical force, with both New World Shadows and Beyond being (rightly) held up by many as some of the best examples of post-millennial Melodeath in existence.

Thus you should be pleased to hear that, barring some issues with structure/length (about which I’ll say more later), The Burning Cold is another triumphant statement from one of Metal’s most consistently underrated bands, with the central sequence of songs from “Gods Go First” to “The Frontline” representing a practically flawless run of hook-heavy riffs (“Redefining Fire”), technicolour keyboard embellishments (“Over the Battlefield”), outrageously OTT lead guitar work (“The Fearless Entity”), and furious percussive power (“Driven By Conflict”).

And while, as stated earlier, the In Flames comparisons are even more blatant this time around, with the stomping “Rest in Your Heart” taking its cues directly from the brazen bounce of “Only For The Weak” (and doing so much more effectively than the band’s previous attempt, “Skyline”, from 2016’s somewhat disappointing Grey Heavens), and “Be the Sky” channelling a significant amount of Colony-era influence, when they manifest themselves in something as outstanding as “The Frontline”, the song which, by rights, should have been the record’s finale, these similarities are easy enough to brush aside as simply the price of doing business in a post-Clayman world.

Some of the album’s more blatant flaws are harder to ignore, however, in particular the undeniable sense that neither instrumental opener “The Burning” nor slightly anti-climactic closer “Cold” really add all that much to the overall package, to the point where I might suggest that a relatively simply tweaking of the track-list – cutting out both of the former two numbers, and substituting in the electric “Planet Scale” as an alternative (and arguably much more effective) way of opening the record – would likely have resulted in an even tighter, tauter, and more thrilling listening experience.

Still, I’m aware that this is probably a somewhat divisive and controversial suggestion, and wouldn’t want that to overshadow the main message of this review, which is that when it’s firing on all cylinders – as it does for about 90% of its run-time –The Burning Cold is at least the equal of New World Shadows and Beyond, and it’s only these relatively minor, nagging issues with the way the album starts and ends which keep me from proclaiming it the absolute best thing the band have ever done.