(DGR steps in for round-up duty to begin our posts for this new week.)

In case you missed it, one of the recurring themes around the NCS corner of the interwebs is that if the Comments section doesn’t come for us, then it’s the day job that will. Such was the case this weekend when our esteemed editor (who is likely back home by now) found himself on the self-described whirlwind trip to New Mexico for a few days. As will inevitably happen, of course, that means there is going to be a massive blast of new music that we’ll likely catch a good amount of, but not all of, and so those of us who are able to will step into the role of news person.

And so the metal sphere gathered up four very big names and decided that this weekend would be a fucking fantastic time to jam out a whole bunch of news and try to catch us off-guard. Well not us, I say… at least we’ll get to it on Monday maybe. So I’ve gathered up the aforementioned four very large news stories from bands with albums upcoming (one of which actually came out last Friday!) for you folks to start the week off with, all in one handy post that… as is standard…is pretty fucking heavy on the death metal. 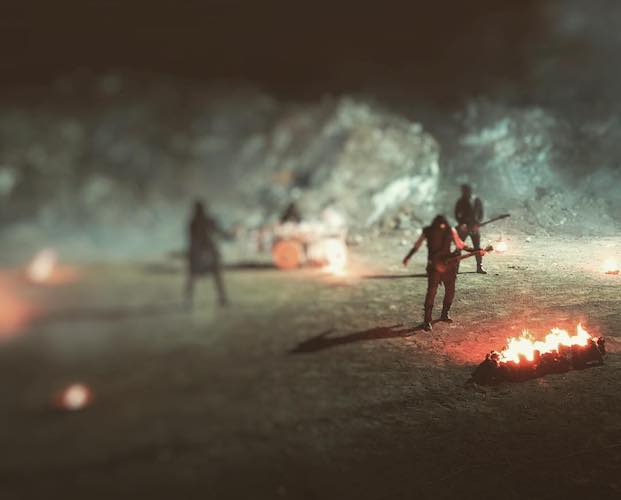 If you happened to live under a rock you might’ve missed the fact that Behemoth unleashed a pretty big news-bomb upon the public over the weekend — detailing their newest album I Loved You At Your Darkest and releasing a music video for the song “God = Dog“.

The song itself feels like the band are continuing with the sound they found on The Satanist and expanding upon it from there, with “God = Dog” making multiple movements from a near-rock opening — which was pitched to me as sounding like Alice In Chains with blasts, which I had figured Secrets Of The Moon had done a pretty good job of during some moments on their 2015 disc Sun — into the more familiar and non-stop Behemoth blastbeat assault for much of the track.

It also seems that the band discovered how much people enjoyed the sort of half-buried singing during “O Father O Satan O Sun!” and decided to make that a focal point for a sung/chanted chorus segment — which may also lend some credence to Nergal’s recent statements about I Loved You At Your Darkest being a little more rock ‘n’ roll. You can’t tell by “God = Dog” because outside of the slightly cheeseball children chanting during the closing segments of the song, much of it still sounds like Behemoth. Near non-stop drumwork in place, guitars worming their way throughout the song, and Nergal transforming further into a focal point and being a total ham while doing so.

That masked priest outfit would make for one hell of a Halloween costume, though. 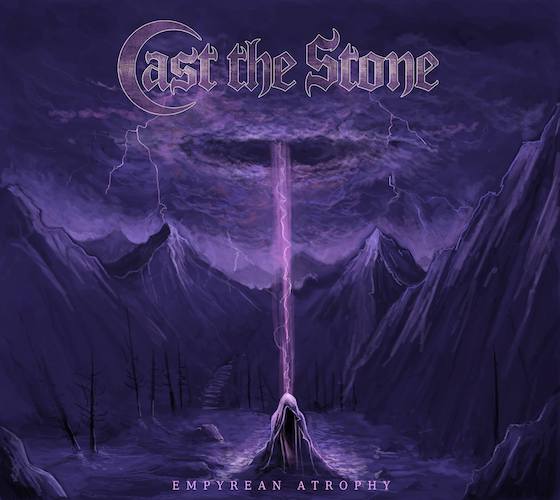 Cast The Stone – A Plague Of Light

We’ve been covering the upcoming release of Cast The Stone‘s new EP Empyrean Atrophy for a little bit now, and that August 31st date with Agonia Records crawls nearer and nearer. If you didn’t catch it over the weekend, the death metal group that features Derek Engemann (former bassit for Cattle Decapitation, currently playing in Scour and Conflux) and Misery Index’s Mark Kloeppel unleashed a lyric video for the song “A Plague Of Light“, which joins the ranks of As The Dead Lie, The Burning Horizon, and the band’s cover of Jesusatan as songs we can hear in advance of the disc.

Outside of the slowed-down segment for the guitar-solo, “A Plague Of Light” is a pretty straightforward bit of death metal. At times it embraces the gloriously rock-stupid thudding of some classic Swede-death, other times it’ll sound a bit like Grave, and at other times when coupled with vocalist Andrew Huskey‘s lows the track becomes a relentless monster in its own right.

Soreption’s latest album Monument Of The End was released last Friday (August 3rd) via Sumerian Records, and the tech-death band celebrated by unleashing a music video for the album’s opening track “The Anti-Present“.

The circling playthrough video features the band tearing through the song — similar to the group’s previous music video Children Of The Automaton, because why wouldn’t you want to almost focus entirely on the band — as it deftly leaps between different rhythmic riffs which show that Soreption remain at the top of the heap of the machine-like riff squad.

It’s been four years since the release of the group’s previous album Engineering The Void, and Monument Of The End shows that the band have continued in a very natural evolution of hammering listeners to death with near constant barrages of chugging guitar work and relentless rhythm sections. “The Anti-Present” is an excellent demonstration of that with its four and a half minutes, and it also does a good job laying the foundation of the album as a whole in its place as lead-off song.

Not too long ago Aborted revealed the list of vocalists that would be making guest appearances on their upcoming September release of Terrorvision. It’s an interesting pack containing appearances by Seth Siro Anton of SepticFlesh, Julien Truchan of Benighted, and Grimo from Cytotoxin. We didn’t have to wait long after the announcement to hear from one of those, as the band almost immediately posted the lyric video for the album’s title song “Terrorvision”, which features Seth on guest vocals.

It’s a pretty fucking substantial appearance as well, since Seth makes appearances not only on backing vocals but also contributes multiple verses in his full-throated low growl, contrasting with Sven’s high shrieks to match the apocalyptic death metal sound that the Aborted crew seem to be embracing, judging by this song and the more non-stop and straightforward grinder that was Squalor Opera. Both tracks so far have maintained a pretty high clip, speed-wise, so we can assume that much probably hasn’t changed for Terrorvision. The month-plus wait for the release of the next blaster from the band remains torturous.

5 Responses to “SEEN AND HEARD (BY DGR): BEHEMOTH, CAST THE STONE, SOREPTION, ABORTED”