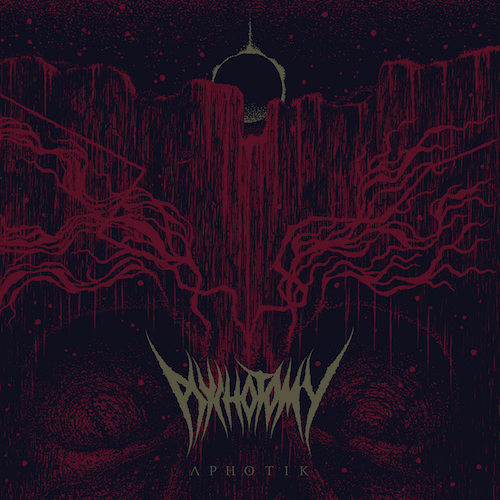 Roughly 18 months ago we premiered a video for a track called “Evidence of Tyranny” by the Italian death metal band Psychotomy, which was a precursor to a new album that was expected later that year. The album didn’t arrive quite as soon as we had hoped, given how good that first teaser was, but now it is nearly upon us: It will be released on September 28th by Everlasting Spew Records. The album includes “Evidence of Tyranny” in “a brand new and fully improved guise”, along with eight other ravaging tracks, one of which we have for you today.

“Witness of Void” is a masterful achievement, a song whose immediately strong impression becomes even more impressive with further listening. And the song both induces and demands further listening because it’s such a twisted, continually changing nightmare, and so insidiously effective at worming its way into the listener’s head for a long, haunting occupancy. 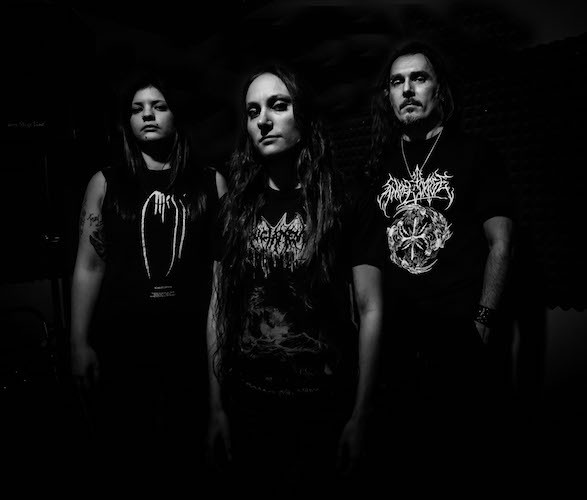 Some of the words that come to mind in reflecting upon the atmosphere of the song are “cold”, “murderous”, “suppurating”, and “doomed”. The opening riff is warped, twisted, cruel, and crazed, and the harsh growls it accompanies are no less diabolically monstrous.

But the song morphs into further ghastly shapes, aided by constantly changing and artfully calculated drum patterns. Over an array of skull-cracking percussive rhythms and magma-like bass lines, the song serves up sadistically seething leads that burrow into the brain like feeding larvae, as well as moaning and braying chords over blasting drums, and strains of utterly dismal melody over a lurching cadence. 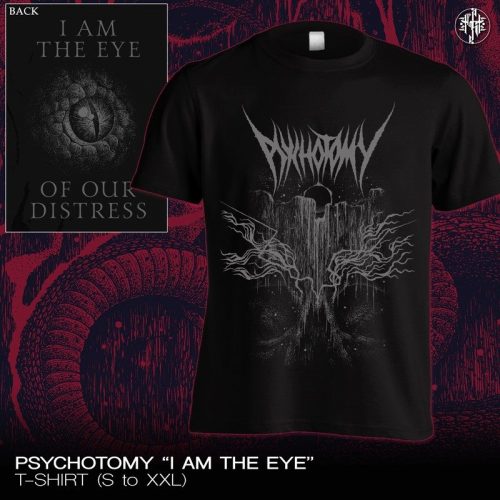 Below you’ll find pre-order links for the music and the shirt pictured above. Aphotik was produced and mixed by M. Ventura at Black Pill Studio in Padova, Italy, and mastered by Dan Lowndes at Resonance Sound Studio in Florida. The album’s artwork and layout were handled by View From The Coffin. Marco “Ser” played bass on “Kenosis” and “Blood Red Kvlt”.

One Response to “AN NCS PREMIERE: PSYCHOTOMY — “WITNESS OF VOID””