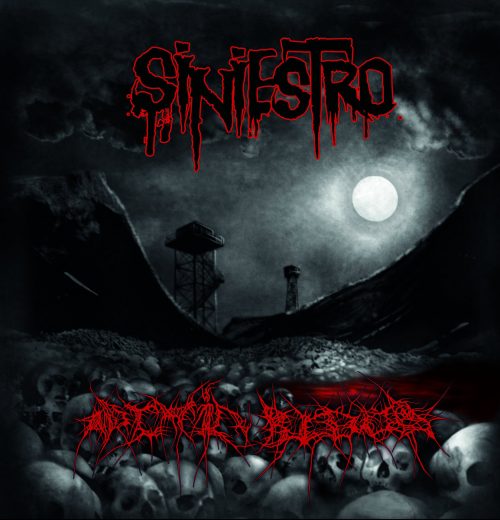 In a high forest under a spectral moon with the air biting-cold, you’ve built the woodland fuel for a fire to warm your bones. The kindling comes to life slowly as clouds pass like ghosts across the face of the moon. The wind stirs the flames and they leap higher and higher until you stagger back from them, eyes wide at the sudden violence of the pyre you’ve made.

In its sound, “Exitium Vivirum Omnes” builds in a similar way, and once it’s roaring in the fullness of its heat, it produces a bonfire-like effect on the mind.

This is the second single from Arctic Blood, the new EP by the Swedish strike-force Siniestro, and it comes with a lyric video that revels in visions of apocalypse, with death in the skies and the earth bathed in blood. 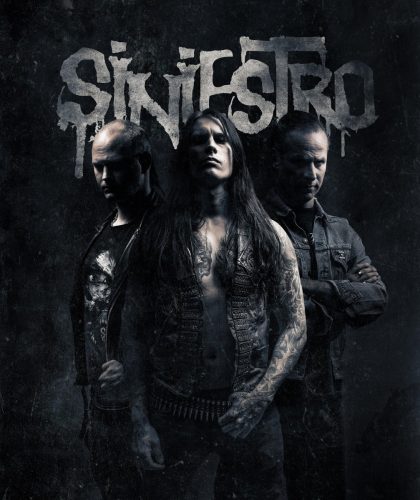 Siniestro use the term “arctic black thrash” for their amalgam of black metal, thrash, and punk, but if you’ve seen their blood-drenched video for the EP’s title track (which premiered at DECIBEL in March), you’ll already know that there’s nothing frigid about their pulse-pounding sound.

Or “almost” nothing. There is a certain chilling quality about the haunting, folk-like guitar melody that launches this newest song, and a certain blood-freezing effect produced by the spleen-rupturing impact of the drums and the truly gargantuan growls when they enter the frame. But like the bonfire analogy at the outset of this post, the music catches fire.

The vocals rocket upward into a vicious shriek, the drums batter, the guitar discharges a grim yet seething tremolo riff, and bursts of thrashing chords and galloping rhythms (with a lead-weighted bass presence) drive the song’s primal energy even higher into the red zone. A soaring melodic lead surfaces near the end that magnifies the music’s intensity, yet is lined with a kind of melancholy resignation, perhaps befitting the wasteland of death called forth by the lyrics. 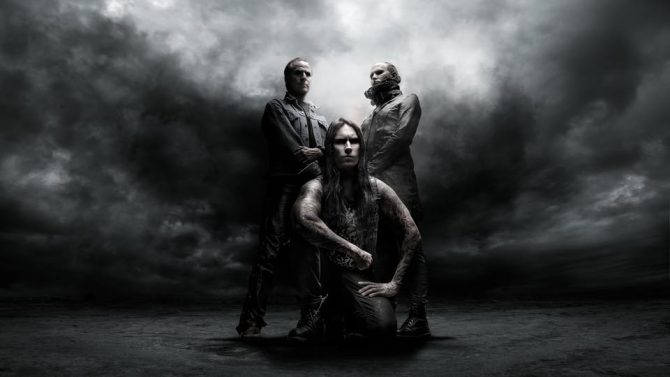 Arctic Blood is Siniestro’s third release, following the 2014 EP, Oppression of the Sunlight, and the band’s 2016 debut album, Revelations In Mayhem. It was recorded in Radionika Studios (Sweden), mixed by Dino Medanhodzic, and mastered by the masterful Jens Bogren.

Arctic Blood will be released by Black Lion Records, digitally and in digipak CD format, on December 10th. Below you’ll find a pre-order link, our premiere of “Exitium Vivirum Omnes”, and the band’s previous video for “Arctic Blood”.