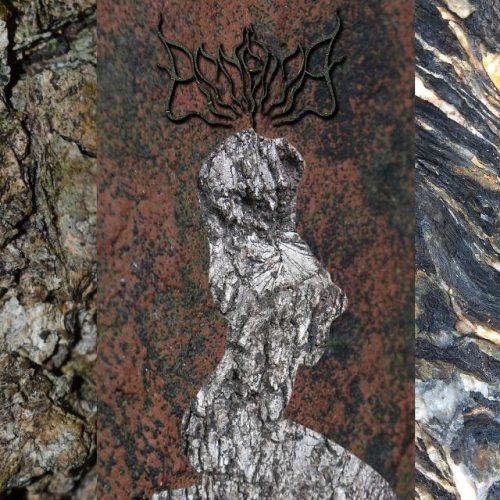 Tra Rocce e Cortecce will be released on October 19th by the Russian label GS Productions, and we’re very happy to bring you its first single today, a stunning track named “Astratta Solitudine“.

In this new song Apneica have embraced and beautifully woven together an array of contrasting sounds and sensations to craft a deep aural spell. The mood is bleak and majestic, mesmerizing and shattering, a mix of crushing gloom and spectral evanescence. It leads us into the presence of vastness and mystery that at once seems to dwarf human existence and to channel very human emotion.

The song proceeds at a stalking pace, and its immense heaviness becomes quickly manifest, though the neck-snappng snare beats and thunderous low frequencies make your whole body want to heave in sync with this titanic procession. The weight of the music and the depth of its ominous gloom are both enhanced by the expression of the lyrics in a gargantuan serrated roar. On the other hand, there are also somber clean vocals in the mix, and the long chord reverberations are mingled with high vibrating leads that shimmer and gleam. At the end, the guitar notes sound like starshine.

The new Apneica album was recorded between March and June 2018 at SoundRoom Studio, and it was mastered by Giuseppe Zaccaria (RomeMasteringStudio). The cover art was created by Giuseppe Fancellu. As noted, it will be released by GS Productions on October 19th and is available for pre-order now in a limited edition digipack CD format.