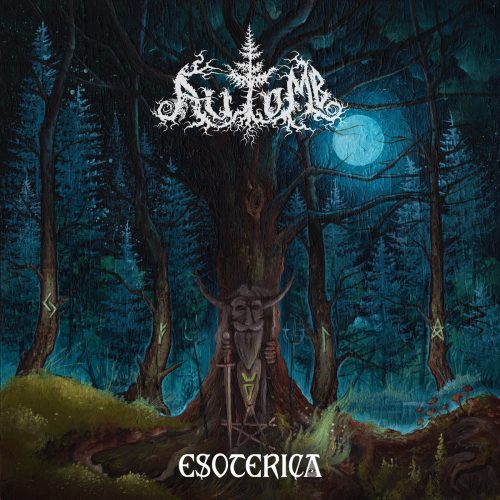 Out of one death comes a new birth. The untimely passing of Frank “Killjoy” Pucci this past spring brought a halt to work on a new album by his long-running death metal band Necrophagia. Necrophagia guitarist Serge Streltsov then chose to turn his full energies to what had begun as a black metal side-project, a band called Automb that he had formed with vocalist/bassist/keyboardist Danielle Evans. They enlisted the aid of Morbid Angel drummer Scott Fuller, and have completed work on a debut Automb album named Esoterica, which will be released on October 22nd through Satanath Records (Russia) and Final Gate Records (Germany).

Whether there will ever be another Necrophagia album is an unknown, but what is abundantly clear is that Automb have created a new album (dedicated to Killjoy) that’s fueled by passion and delivered with immense dark power. One attention-grabbing track from the album has already premiered (“Into Nothingness”), and today we present another: “Call of Hekate“. 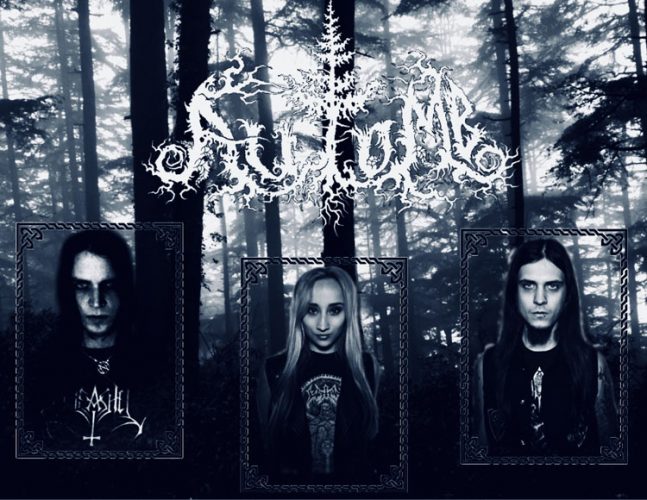 This new track, which draws upon death metal as well as black metal traditions, is tremendously heavy and physically punishing, but it also successfuly creates a haunting atmosphere of palpable dread, unstrung delirium, and chilling spookiness.

Scott Fuller‘s pneumatic drumwork (which is attention-grabbing throughout) launches the track, coupled with long chord reverberations that are ominous and oppressive, yet indicative of brooding majesty. Danielle Evans‘ raw, howling vocals magnify the music’s intensity, as do an eruption of double-bass thunder and a rattling snare rhythm, combined with the buzz of a rising and falling tremolo riff. The song repeatedly shifts gears between these two pitch-black formations until it strikes a new level of intensity, the whirring melody becoming more fiery, the drumwork more frenetic, the vocals even more violent.

A guitar lead emerges that writhes and whips about in a manifestation of sonic derangement, backed by bursts of militaristic drumming, yet there is a mood of desolation in this frenzy of sound, and the appearance of brief arpeggios conjure unsettling visions of tortured apparitions before the feeling of terrible dread returns once more. 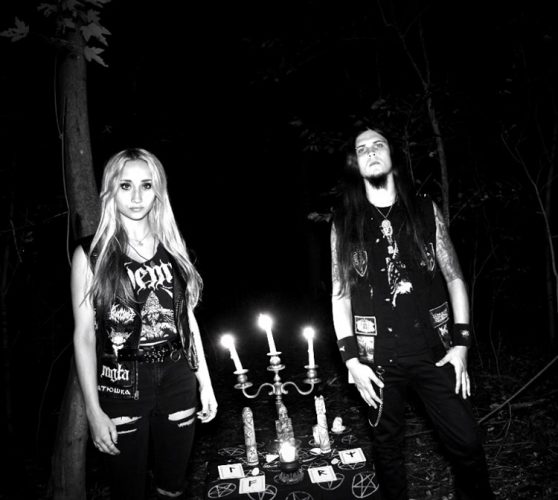 Along with the music, we have these notes about Esoterica from Serge and Danielle:

“I formed Automb with Danielle on the side while writing the new Necrophagia album. It was a way of still diving into my love for black metal, while keeping death metal elements my main focus in Necrophagia. After Killjoy’s passing I decided to make this my main project. Although the new Necrophagia album will most likely never see the light of day – this is our way of helping Killjoy live on, through dedicating this album to him.” – Serge

“I have always really found black metal to be able to touch my soul in a way no other genre could. Once Serge and I connected, it made sense to put our musical talents and passions together to create something that was really special to us. It has been a really amazing, yet difficult journey that I am so grateful to be a part of.” – Danielle

Esoterica will be released on October 22nd in a jewel-case CD edition of 500 copies, with an 8-page booklet. Pre-order info can be found below, along with “Call of Hekate” and a stream of that previously released track “Into Nothingness” (a free download at Bandcamp), which is overall a more vicious and violent attack, laced with eerie, sinuous, reverberating leads, groaning, stalking chords with an imperious mien, and a demonically freakish solo.

3 Responses to “AN NCS PREMIERE: AUTOMB — “CALL OF HEKATE””