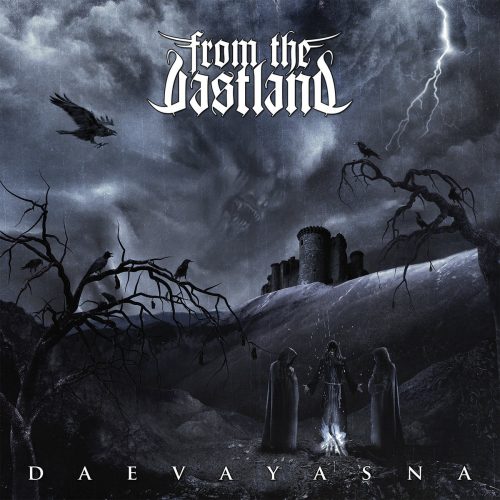 Working alone (or mostly so), Sina began writing and recording black metal in Iran many years ago under the name From the Vastland, indulging his love of old school Scandinavian black metal in a place where the performance of such music was banned by the government. From the beginning, he has made the culture of his homeland a part of his creations, writing lyrical themes that draw upon ancient Persian mythology and history — epic tales of battles between darkness and light, good and evil, gods and devils — and weaving touches of Persian melody into the fabric of his songs.

Life for Sina took an unexpected turn when he was contacted by the Norwegian producer of the black metal documentary Blackhearts (eventually released in 2017) and became a part of that film, which in turn led to the opportunity in 2013 to perform at the Inferno Festival in Oslo, thanks in part to the work of a foundation established by Indie Recordings aimed at supporting bands who had spread their music in defiance of governmental oppression. There he was joined for the performance by a backing band that included such luminaries as bassist Tjalve (Horizon Ablaze, ex-Den Saakaldte, ex-1349), guitarist Destructhor (Myrkskog, Zyklon, ex-Morbid Angel), and drummer Vyl (Keep of Kalessin, Gorgoroth-live). And that in turn led to the opportunity for Sina to move to Norway, which he did in 2014.

From his new home in the cradle of black metal, Sina has continued to record and to perform at both Norwegian events and international festivals. His newest album, Daevayasna, will be jointly released on October 25th by Satanath Records (Russia) and The Eastern Front (Israel) — and today we present one of the new album tracks, entitled “Agas“. 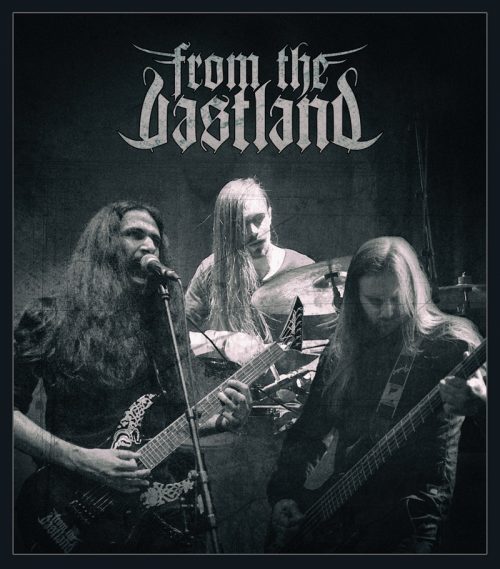 If my memory weren’t so porous, I would have tried to ask Sina about the meaning of Daevayasna. Instead, I was left at the last minute to resort to The Font of All Human Knowledge, which tells us that the daevas were evil divinities that promoted chaos and disorder, and that daevayasna was “an epithet applied to those who deviate from accepted practice and/or harvested religious disapproval”.

Alas, I’m unable to shed light on the meaning intended by the title of the new song we’re presenting (though I will update this introduction if I become enlightened). I can tell you that on this song, as on the album as a whole, Sina performs vocals and guitars and is accompanied by Tjalve on bass, by Spektre (Horizon Ablaze, Harm, Gaahlswyrd) on drums, and by Destructhor as a session guitarist. And I can tell you that it’s a hell of a good song.

The clarity of the sound production on “Agas” allows the contributions of each of the performers to stand out; even the nimble vibrancy of the bass is not overshadowed, as it sometimes is within this genre, by the riveting impact of the other instruments or by Sina’s cruel growls. These contributions combine to create music that’s of course aggressive, to the point of near-murderous hostility, but is also powered by evocative melodies of changing dark moods.

Moving at first in a solemn pace, with heavy, stomping chords, the turmoil to come is signaled by dissonant notes. The pace gradually accelerates, and the riffing becomes frenzied and distraught, mentally abrading and unnerving. And with a bestial howl, the blasting begins and the sound generated by the guitars becomes even more vicious — seething and slicing, rising and falling. The drum pattern changes again, and the resonance of the melody turns gloomy and sorrowing, and the melancholy mood deepens further in a somber duet between guitar and bass.

After the interlude, when the drums return, the chords ring out in cries of desolation, the pace again accelerates, and the riff becomes a boiling, bitter sound. The drumming changes even more rapidly near the end, leading into an ominous, gloomy, and even imperious bridge before a tension-torquing build into a final eruption of harrowing savagery.

Satanath and The Eastern Front strongly recommend Daevayasna for the fans of Gorgoroth, Marduk, old Darkthrone, and Dissection. It was composed, recorded, mixed, and mastered by Sina, and the cover was created by Argentinian artist Victoria Pelejero. For more info about Sina’s unusual journey, check out our 2016 interview of him here.

Below you’ll find our premiere, along with a stream of a previously released track (a free download at Bandcamp), “Fall Into Duzakh“.

3 Responses to “AN NCS PREMIERE: FROM THE VASTLAND — “AGAS””