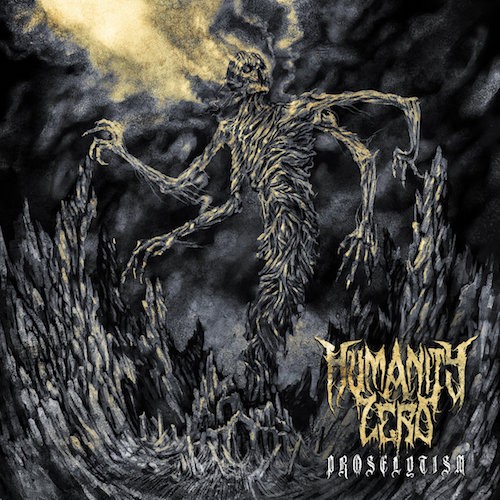 Originally the solo project of musician Dimon’s Night, the Greek band Humanity Zero produced six releases from 2008 through 2014 — roughly one per year. More time than that passed before the band released its Withered In Isolation album in 2017, and that stretch of years brought about not only changes in line-up but also significant changes in sound. Where previous recordings embraced death metal in the vein of such bands as Death, Hypocrisy, Unleashed, Nile, and Immolation, Withered In Isolation took a turn in a more doom-dominated and atmospheric direction, as reflected in a song we premiered last year, which included grieving guitar melodies and the soulful lament of a violin.

The band have quickly followed last year’s album with a new one that will hit the streets on October 26th. Entitled Proselytism, it again reflects a change in line-up — Dimon’s Night has now taken over all the instruments, and he’s joined here by new vocalist/lyricist Kydoimos (Misanthropy Apotheosis) — as well as a further evolution of sound, presenting music that (in the words of the labels handling the release) “is slower, deeper and haunting yet more atmospheric and punishing than any other Humanity Zero release”. 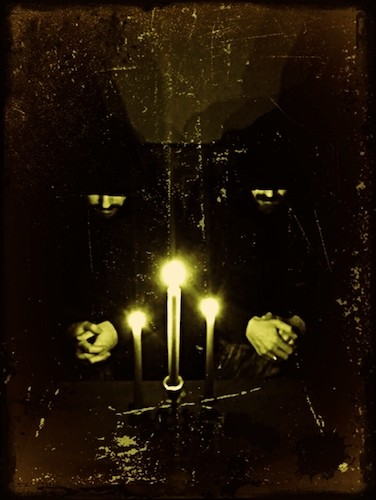 As an example of what the newest album holds in store, we present a track called “Ruler Of The Ultimate Void Of Chaos“, which proves to be an entrancing excursion — monstrous and dreamlike, blood-freezing and eerily beautiful.

The song’s skin-shivering effects are due in part to Kydoimos, who possesses a powerful, sepulchral roar and a ghastly howl — and the huge, craggy, imperious riff that opens the mainly mid-paced first half of the song adds to the feeling of mountainous menace, even though it’s later punctuated with a burst of jittery guitar strings over mortar-like drum detonations.

The song’s other dimensions are revealed when Dimon’s Night introduces an ethereal soaring and shining ambience, and the pace becomes even slower, with the music growing otherworldly and frightening. The chords begin to ooze misery, and the contrasting high lead emits beautiful, wailing tones of lost souls in the void. Despite the brief reappearance of that jittery, skittering riff, the music is mesmerizing and spine-tingling.

Proselytism will be released on October 26th, digitally and in a CD edition limited to 500 copies, by Satanath Records and More Hate Productions, who recommend it for fans of Loss, Morgion, Ophis, and early My Dying Bride. Lyrically, the album is described as a descent “into the demented Lovecraftian demonology, a nightmarish praise to the sleeping Lords of the Cosmic Abyss”. The eye-catching cover art was created by Paint-It-Black Design.

And with that, have a listen to our premiere below, which we’ve paired with another previously released track, “The Slumbering One” (a free download at Bandcamp).

TRACK LIST:
01. Celebrating The Opener Of The Way
02. Ruler Of The Ultimate Void Of Chaos
03. The Slumbering One
04. The God Of The Bloody Tongue
05. Nightmare Corpse-City
06. The Black Goat In The Woods With A Thousand Young
07. Thou Shalt Emerge
08. Dark Angel Of The Four Wings
Length – 53:40

One Response to “AN NCS PREMIERE: HUMANITY ZERO — “RULER OF THE ULTIMATE VOID OF CHAOS””