I think this must be a first — for five days in a row I’ve had enough time to compile a round-up of new songs. Doesn’t mean I’m anywhere close to catching up with everything I’d like to recommend, but it’s better than a poke in the eye with a sharp stick.

Today, I chose the first four good songs I found when I began scrolling through the morass of e-mails that had arrived at NCS overnight and this morning. Not exactly the most thorough method of making a selection, but it had the coincidental benefit of presenting some pleasing variety, as you’ll see….

“Chainsaw Lullaby” is a clever and amusing title, and of course it makes no secret about the meat of the sound. But before we get to this new song off Bloodbath’s forthcoming album, The Arrow of Satan is Drawn, let’s here from Anders ‘Blakkheim’ Nyström about the track:

“I wanted to keep it really simple and uncomplicated whilst retaining an evil groovy drive to make the song engage in headbanging action and sing along exercises. Having started a ‘red’ thread, I then locked in the chainsaw concept as a dual tribute to the Boss HM-2 guitar pedal sound as well as my love for the horror slasher genre and had both the music and lyrics going at the same time. I’ve always been a fan of lyrical paradoxes and the song title was just waiting to happen.”

The song was delivered this morning through a video directed by Ash Pears that’s presented as a trailer for a horror film. Yeah, it’s pretty damned obvious that Nystro and his mates are just having a lot of gruesome fun, and not just with the video. But hell, what’s wrong with having fun? The song is fun, dammit! 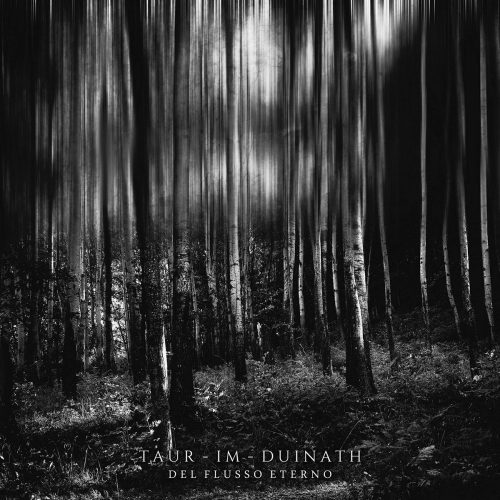 In July I came across a remarkable single called “Così Parlò il Tuono” (Thus Spake the Thunder), which was to be included on a forthcoming album (Del Flusso Eterno) by the Italian one-man atmospheric black metal band Taur-Im-Duinath. I wrote about it back then, but it was buried deep in a monstrously long SHADES OF BLACK post and may well have been overlooked even by people who usually check out that column on Sundays.

I was reminded of the song again today when I received a Bandcamp alert that was triggered by Dusktone creating a Bandcamp page for the album. According to that page, Del Flusso Eterno will now be released on November 3rd. And on that page I encountered “Così Parlò il Tuono” once again.

It really is a striking piece of music, from the shattering intensity of the passion channeled through the vocals to the searing sorrow transmitted through the changing riffs. The often-panoramic melodies are also as entrancing as they are grief-stricken, and the solo in the song is downright glorious. 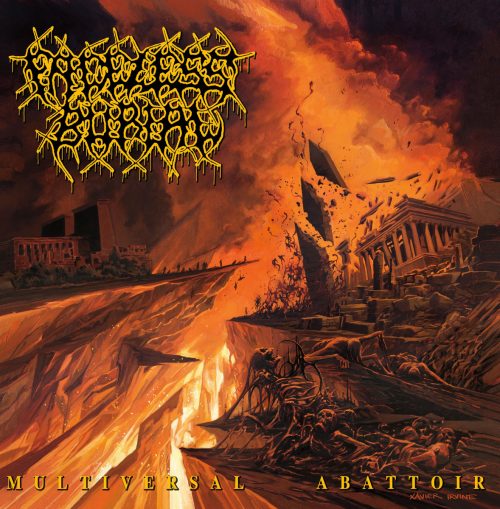 You’d better get your neck muscles loose before you hit play on this next song, because holy hell, is this a headbanger’s delight. It’s got other good things going for it, too: It revs like giant engine at first and then rumbles into juggernaut gear, belching toxic smoke and smashing bones with methodical brutishness while the vocalist expels ghastly guttural pronouncements. There are some inventively twisted arpeggios and a freakish solo lying ahead, as well as a foul little slow-down. Good stuff!!!

The song is “Piteous Sepulchre (of Amentia)“, and it comes from Multiversal Abattoir, the new album by the trio of Australian slaughterers in Faceless Burial. It will be released by Blood Harvest and Helter Skelter Productions on December 7th. 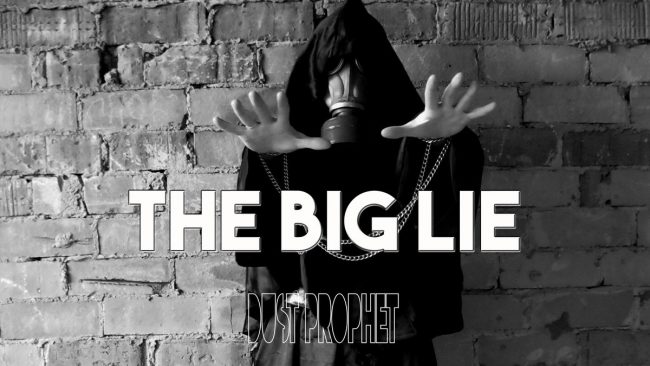 Man does not live by growls and shrieks alone. Well, I mean I could, quite easily, but every now and then I choose to take a brief break from a steady diet of vocal bestiality, especially when the opening riff in a song is as mighty as the one you’re about to hear. And having been hooked by that big fuzzy, head-moving monster, I then discovered that Heather Lynn‘s got a serious set of pipes that prove to be damned attractive even though she’s not howling like a lunatic banshee.

On Dust Prophet‘s debut single, “The Big Lie“, Heather Lynn sings of walking through the blood pool, of burning souls and smoke signals across the sky, proclaiming: “Your god’s an empty song / Every right is a wrong / Wear the crown of the hopeless thorns / Never set you free”. And while she’s singing those bleak words of anger and defiance, her bandmates Otto Kinzel (guitars, FX), Sarah Wappler (bass, organ), and Marc Brennan (drums) get a vice lock on your head and make it do what they want it to (which is pump up and down like a piston).

When the song isn’t compelling vigorous head movement, it’s spinning off in mind-altering instrumental digressions (including one in which the bass and drums get a solo spotlight, and another in which a flaring guitar solo will set off fireworks in your head).

You can download “The Big Lie” for free at this New Hampshire group’s Bandcamp page.