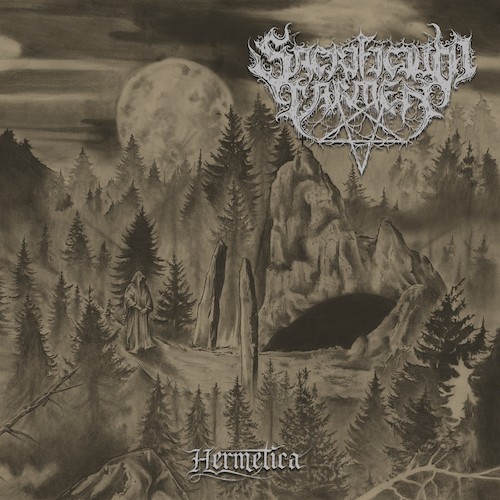 After immediately making a name for themselves with their 2015 debut album, Ikuisen Tulen Kammiossa, the Finnish black metal horde Sacrificium Carmen are now roaring back with a new full-length named Hermetica, which like the debut will be released on November 16th by Saturnal Records. As the album’s title suggests, the band continue to draw their inspirations exclusively from Satanism and the realms of the occult. As the music demonstrates, they’ve moved from strength to further strength.

The album title track that we’re presenting today as the November 16 release date draws closer is a prime example of the band’s heightened ability to create music of thrilling ferocity and compulsive rhythmic power while lacing their violent volleys with alluring melodies that your mind will hang onto. 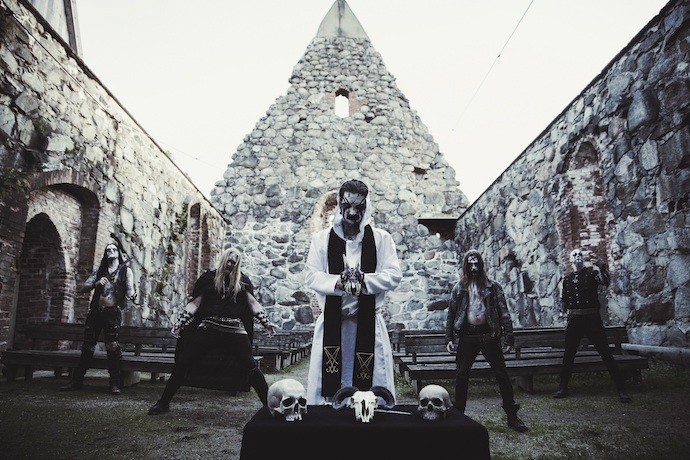 The band really are firing on all cylinders in this turbocharged romp. The song virtually explodes with savage energy, and it’s such a thrilling rush that you can easily imagine it would leave a crowd at a live show yelling, sweating profusely, and breathing hard. It’s layered with one vibrant and compelling riff after another, accented by equally vibrant bass work (which does more than simply lock in the rhythms), and given persistently vigorous physical punch by the changing drum cadences.

Launched by a hard-rocking intro, driven by a deep-throated bass rumble and a fiery raking riff, the song cuts loose with a battering percussive blast and a seething, soaring riff that screams victory. Yet the emotional timbre of the melody continues to change. As the band move into a loping gait, the music becomes more dreary and sorrowing (though the scalding, shrieking vocals are just as unhinged and tyrannical as ever), and another hard-rocking bridge leads to a glorious, powerfully head-moving instrumental jam punctured by the vocalist’s flesh-ripping tirades. And from there the music darkens and also blasts and gallops again — until it finally leaves you to recover from all that heavy breathing at the end.

Saturnal Records now speaks of Sacrificium Carmen in the same breath as such Finnish luminaries as Horna, Baptism, Sargeist, Kadotus, and Behexen, and it’s not hard to see why. As further evidence, we’re including the stream of a previously released track, “Kaitselmuksen Tähti“, along with “Hermetica“.

One Response to “AN NCS PREMIERE: SACRIFICIUM CARMEN — “HERMETICA””