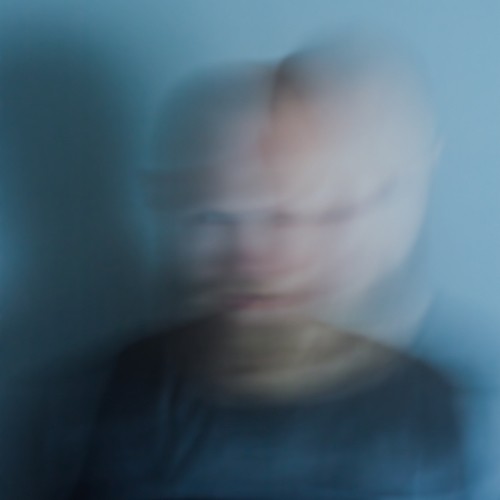 Clear your mind of detritus, if you can. An open mind, freed from distractions, is the best preparation for experiencing the music we’re about to present. Closing your eyes is also advisable, or sitting in a dark space where the music alone will provide its own strange light behind your eyes, without competition.

Granted, our advice may be difficult to follow, so it’s worth mentioning that the music itself is the kind that tends to clear the mind by itself, and to replace whatever might have been there with other conceptions, creating a partnership in which the sounds induce visions that are in part Omgeving‘s creations and in part your own.

Actually, before you clear your mind, take a look at the cover art for this Dutch experimental project’s debut album Wijde Wijdte, even though what the Polish artist Kuba Kujawa has created will be difficult to forget once you’ve seen it: 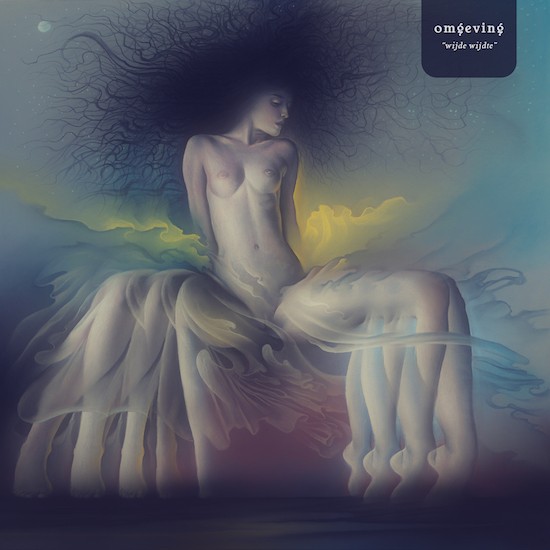 The excerpt from the album that we’re presenting today, “VII – Stille vernietiging“, is only a part of this nearly 47-minute-long work, but it beautifully represents Omgeving‘s inspiration for the album, which is to conjure imagery through purely instrumental soundscapes, employing elements of black metal, space rock, ambient, and doom to transport the listener through perceptions of inner and outer space.

The quavering tones that begin the song (and reappear later, and again at the end) are strange but alluring, ghostly and mesmerizing. They’re joined by the low pensive hum of the bass, and then the music transports the listener to a different place. The vibrant, glowing sheen of tremolo chords and a slow drum rhythm, layered with gleaming filaments of melody, seem to open the mind to a vista of stars, or perhaps the shimmering cascade of the aurora borealis.

A silence falls, and those eerie quavering vibrations return, but when the wash of immersive sound swells again, there’s an aura of tension and turmoil in the music, and the rapid pulse of the bass drum and bass guitar lead to a flurry of blast-beats. The tremolo chords begin to resemble a haunting wail, as if massed phantasms are expressing loss and confusion. When these expressions of what might be torment subside, the song works its way toward a beautiful but moody and mystifying conclusion.

Omgeving is a solo project crafted by musician Franck Johanson (Distillator, Franck Johanson). Wijde Wijdte will be released in digipack CD format through Hypnotic Dirge Records in December 2018. The opportunity to pre-order the album will be announced next week. Check these links to learn when that happens, or follow Hypnotic Dirge on Facebook here.