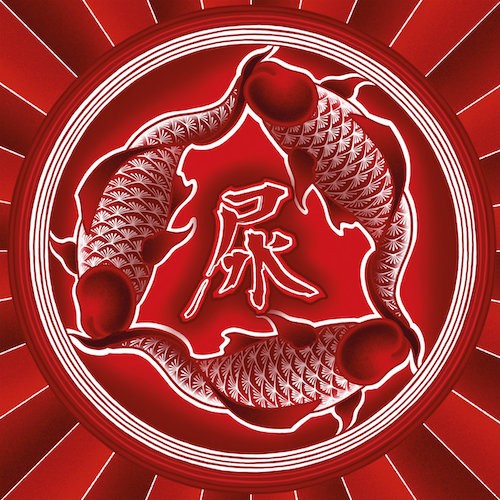 Three years ago we had the pleasure of premiering a song from Fall In Line, the debut album by the French band Zapruder, whose explosive blend of post-hardcore and mathcore adamantly refuses to fall in line. And now Zapruder are roaring back with a new self-titled album that will be released by Apathia Records on November 23rd, and once again we have a Zapruder premiere for you.

Where Fall In Line was a frequently harrowing and doom-shadowed experience, the new album is described as a remembrance of the band’s origins and a celebration of “friendship, fun, and rock ‘n’ roll”. As a further clue to what the album holds in store, it may help to know that it was recorded over 15 days that included “drinking, walking naked, and doing bodybuilding with bags filled with bottles”. But maybe a better clue is the cover art created by Chien Bleu. 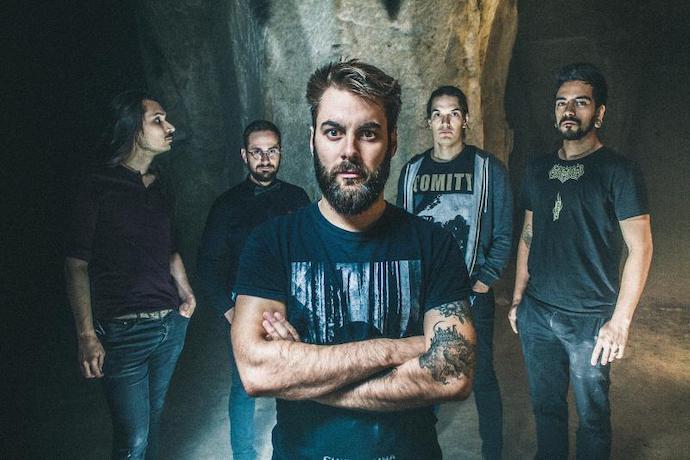 Darting dick-fish aside, “Half Stache Man” is a boisterous, flamboyant piece of music. It repeatedly seems not just to teeter on the edge of chaos but to leap into it with arms spread wide. Yet the song is also packed with galvanizing physical punch, and despite the music’s sensations of gleeful derangement, it’s a tightly executed joy-ride.

Eruptions of dissonant guitar and saxophone freak-outs are integrated with bursts of jolting percussion. Weird, swirling stringed emanations are displaced (or accompanied) by battering drum assaults and bruising bass-work. In the vocal department, unhinged viciousness and throat-splitting tirades transform into almost melodious refrains (though they’re too gritty to be called clean singing).

But exuberant, head-spinning, near-chaotic, rough-housing isn’t all the song channels. In the middle, the pace slows and the music becomes desolate and even pained, and a head-moving bass line establishes the foundation for slow, gleaming guitar reverberations that open the listener’s mind to hypnotic cosmic vistas that slowly become tormented and unnerving.

“Half Stache Man” is the second advance track from Zapruder’s new album, and along with this new song we’ve also included the video (directed by Antoine Miko) released for the first one, “Dracula Love Hotel“. Zapruder is:

TRACK LIST:
I Left My Appendix In NYC
Tongue Twister
Half Stache Man
Leaving Montreal
Dracula Love Hotel
Martin Bell
Piss Soaked
Back In Town
Fly Me To The Ceiling

2 Responses to “AN NCS PREMIERE: ZAPRUDER — “HALF STACHE MAN””