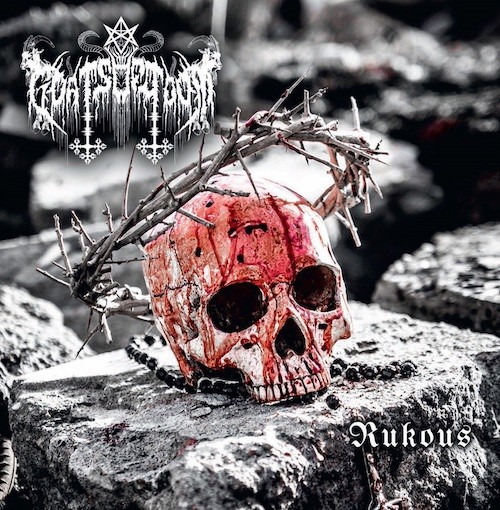 This is not Doom. Perish that thought immediately. This music is something like the opposite of Doom, something like a blazing meteor or a rocket to the Sun.

This may come as no surprise to those of you familiar with Goats of Doom (though perhaps fueled by a goatish lust, they’re not actually goats either), but for newcomers we thought it best to get the potential misdirection of the band’s name out of the way up-front. And even for those who might have partaken of their previous releases, we’ll venture to say that you’re in for a surprise, too.

This Finnish group’s new album, Rukous, reflects the contributions of a new member, in addition to the founding duo of Scaregod and Inasnum, and it further represents a change of style, as you’ll discover through our premiere of a song from the new release called “Sokeus Johtaa Kansaa“. 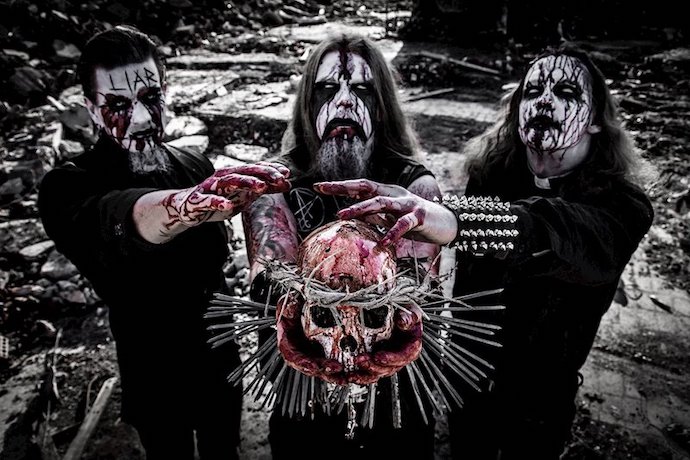 The music of this track is an amalgam of differing sensations that work together in powerful and maybe even surprising ways. On the one hand, it applies a sonic blowtorch to the listener’s mind through a combination of superheated, hyper-speed riffing, jet-fast drumming, and the kind of shrieking expulsions of sound that a panther might make if caught in this conflagration (if the panther could scream in Finnish). And in that respect, it’s a no-holds-barred adrenaline rush.

On the other hand, the song includes rocking beats and beguiling note reverberations over a gravel-throated bass, as well as solemn and soaring clean vocals expressing a beleaguered, folk-like melody. On a third hand, the music whirls in a dance of glorious ecstasy. And it becomes apparent by the end (and even more apparent on further listening), that all these ingredients are woven together by through-lines of melody that prove to be variations on a theme.

Fury or disgust may fuel the fires of inspiration for this track (those who can read Finnish would have better insights from the lyric video through which the song is presented), but the emotions that blaze from the music are (at least to these ears) tremendously vibrant and inspiring, even with the shadow of melancholy that hovers in the song’s less incendiary movements.

Rukous will be released on December 7th by Primitive Reaction on vinyl, CD, and cassette tape. And along with our own premiere, we’ll give you the chance to experience the previously released title track, which is no less explosive, no less head-moving, and no less captivating in the way it works.