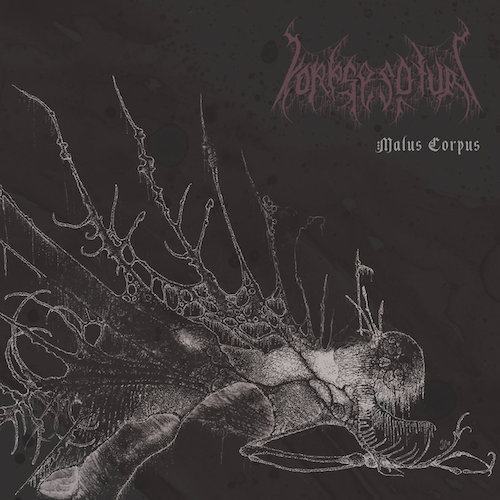 Korpsesoturi began as the solo death metal project of Juha Ahlfors from Kouvola, Finland, first releasing demo tracks last year (which were eventually captured on tape by Caco-Daemon Records and on CD via Death In Pieces Records). Now Korpsesoturi is about to deliver an explosive debut album named Malus Corpus through Rotted Life Records. You won’t have to wait long for it — the release date is November 16th — and you won’t have to wait even that long to hear it, because we’re presenting a full stream today.

On this album Juha Ahlfors composed the music and performed vocals and bass, and he was joined by a pair of astonishingly good musicians — drummer Oskari Viljanen and guitarist Isto Jänönen (who was also responsible for acoustic and ambient parts). And “explosive” really is the right word for what the three of them have done here. 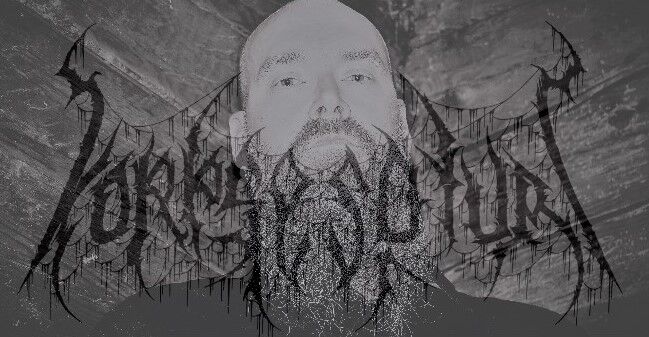 Rhythmically, the music also persistently changes, without showing any mercy. Your skeletal integrity is put at severe risk from the frantic hammering, the pile-driving juggernaut grooves, and the massive, golem-like stomps. And Ahlfors‘ ferocious howls, gruesome roars, and lunatic shrieks will claw at your brain just as effectively as the percussive battery makes war on your body.

After the warlike assault of the opening quartet of songs, the band make a wise choice and slow things down (at least briefly) with “Tuhovirta”, but it’s no less intense. A massive mid-paced crusher at first, it’s both ghastly and magisterial in its translation of evil. The break does prove to be brief, because the song absolutely explodes in the middle, before resuming that apocalyptically gloomy beating with which it began.

In the five songs that follow “Tuhovirta”, the band continue to demonstrate their prowess as war-bringers from beyond the grave, engaging in super-heated, heavy-grooved attacks that are almost overpowering in their intensity and persistently electrifying in their impact. There are a few breathers, such as the beautiful, bright acoustic interlude which comes at the end of “Tukasta” or the spooky ambient sounds that close “Kävelevä Ruumis”, and the band also make room for some further mid-paced crushfests (the ghastly first half of “Kaivo”, for example), but in the main, the music leaves you gasping with its torrential power.

In a waning year that has already delivered many wonderful surprises, Malus Corpus is another one, and we hope you’ll enjoy this top-shelf barbarism as much as we have.

The album was produced and mixed by Isto Jänönen (Switzerland) and mastered by Zack Ohren of Castle Ultimate Studios (Immolation, Suffocation). It includes cover art and design by Joonas Räsänen (Endless Vast Mystrium). It will be released digitally and in a 6-panel digipak edition (which comes with a bonus track). Rotted Life recommends it for fans of Grave, Undergang, and Convulse.