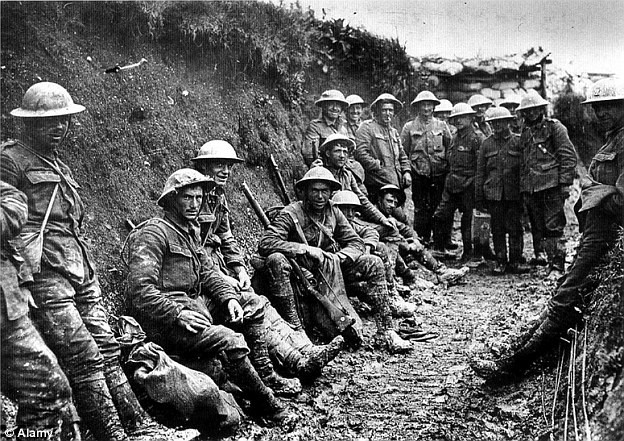 (The 100th anniversary of the end of World War I, which occurred on Sunday, inspired these thoughts by Andy Synn.)

Like the rest of you I’ve spent much of the last few days thinking about war, its causes and its costs, and its central role in human history, as Sunday marked the centenary of the end of WWI, one of the most devastating conflicts which humankind has ever endured.

To think that so many young men, many of them barely even men at all in truth, signed up to go off and fight in what was meant to be “the war to end all wars” is simply heartbreaking. To think that so many men and women lost their lives, and continue to do so even today, as part of a conflict which so many felt was truly all for “the greater good” is truly tragic.

Because the simple truth is that war is always a tragedy. And, thankfully, this is one thing which Remembrance Day here in the UK doesn’t forget. For while there are those who always seek to politicise the day’s events into a display of faux-patriotism to serve their own agendas, for the rest of us it remains a reminder to remember both the fallen and the survivors, and to acknowledge what they went through, and why it should never be allowed to happen again. 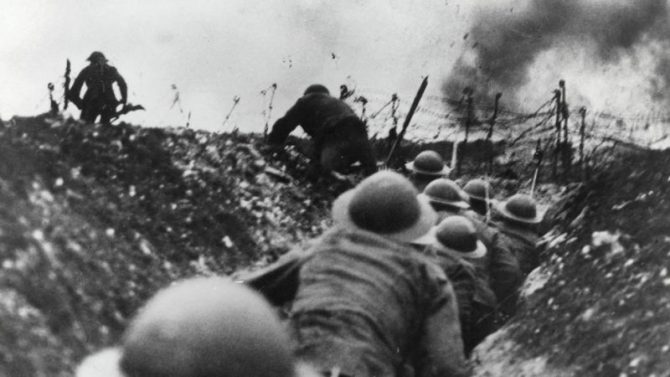 Now to be clear, I believe that sometimes war is a necessary tragedy, albeit one which should, where possible, be avoided at all costs. My grandfather served in WWII, and I myself attended several introductory sessions at Sandhurst Military Academy before finally deciding that life was taking me in a different direction.

But while sometimes war is inevitable, and the sacrifices of those who go to war to defend others or to prevent an even greater tragedy are laudable, this still doesn’t make it any less terrible.

What’s perhaps most terrible of all, however, particularly in the modern age, is how the decision to go to war, and to demand great sacrifices from both soldiers and civilians, is often justified – either pre-emptively or retrospectively – in ways which have little to do with the truth.

Too often we’re told that our brothers and our sisters, our sons and our daughters, are being sent off “to defend our freedom”, when what they’re actually doing is fighting, and dying, to defend “our interests”… something which far too often equates to ensuring that governments or corporations or individuals have the “freedom” to pursue their own selfish interests with impunity.

And although I don’t claim to speak for the rest of the NCS crew or our readers in this matter, I feel confident that many of them will likely share some of my outrage that so many of those who choose to serve in the military, in the belief that their service helps make the world a better, safer, place for others, are so often exploited for reasons that have little to do with freedom or security, and everything to do with profit and/or politics.

Indeed, WWI has itself been described as a family feud that spiralled out of control. And while this does not, and should not, belittle the sacrifices of all those who fought and died on both sides, it does illuminate how even one hundred years ago these losses were often part of a complex tapestry of causes and contributing factors, some more terrible in hindsight than others. 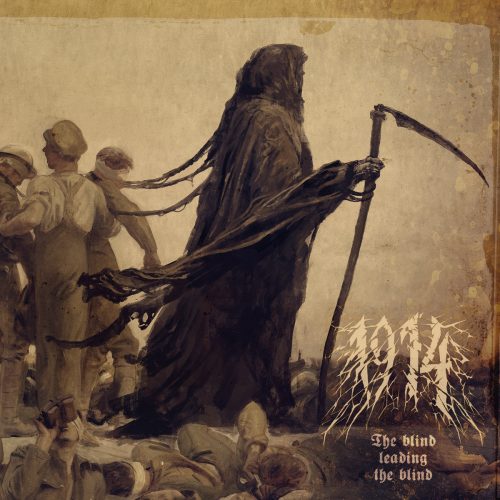 Of course, as terrible as war is, it has obviously inspired much art, both of the “high” and “low” varieties over the centuries.

WWI in particular has served as inspiration for a host of musicians, artists, and poets, from the poetry of Wilford Owen – whose work can in fact be said to have played a major role in shaping how we all now view and interpret the events of life on the frontlines – to more recent works like the new Evoken album Hypnogogia (reviewed here), and the latest Anaal Nathrakh, A New Kind of Horror (reviewed here).

Then there’s the brand-new second album by Ukranian crushers 1914, which was brilliantly reviewed by our brothers over at Angry Metal Guy, and was purposefully released on Sunday so as to coincide with the exact anniversary of the date and time when the armistice was finally signed, while last year saw the long-awaited release of The World Ablaze, the final entry in God Dethroned’s WWI trilogy, whose final track you’ll find at the very end of this post.

Unlike certain other bands, who will remain nameless (although you can probably guess a few of them quite easily), these four artists – and those like them – aren’t seeking to glorify or glamorise war, but instead confront the history and the horror, the darkness and dread, the suffering and sorrow, which frequently get glossed over by more popular (and populist) forms of music.

I suppose, ultimately, that’s what Metal brings to the table in these circumstances – a willingness and an ability to confront both the terrible beauty and grim tragedy of war with unflinching clarity.

So, in that spirit, I’ll leave you with the following track, by one of my favourite bands.