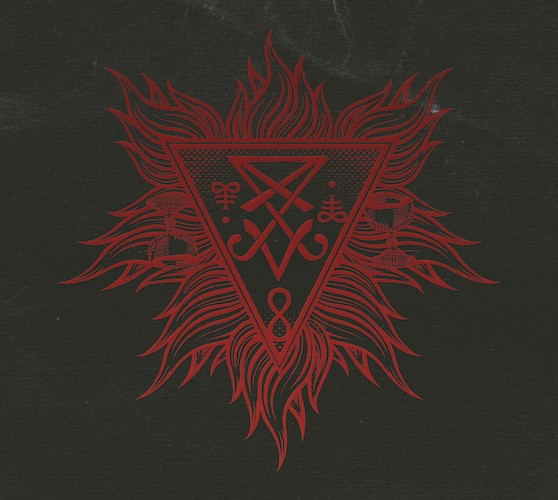 We have been ardent followers of the changing musical explorations of Matron Thorn for many years, through his work under the names Ævangelist, Benighted In Sodom, and Death Fetishist, to name but a few of his many morphing projects. His latest endeavor takes the name Devil Worshipper, a project in which he is joined by Fr.A.A. (from Portugal’s Tod Huetet Uebel) and Erethe Arashiel as vocalists, with guest appearances by Kabukimono and Sebastian Montesi (of Auroch and Mitochondrion).

The debut album of Devil Worshipper, Music For the Endtimes, will be released on December 14th by I, Voidhanger Records. The title makes no attempt to conceal what you’ll experience, and if you’re familiar with Matron Thorn’s previous work, you might also guess that in this particular sonic vision, things won’t end with a whimper. As the label accurately describes, this is the sound of “reality crumbling”, “revealing a nauseating yet fascinating abstract dimension of sin, depravation and oblivion.” 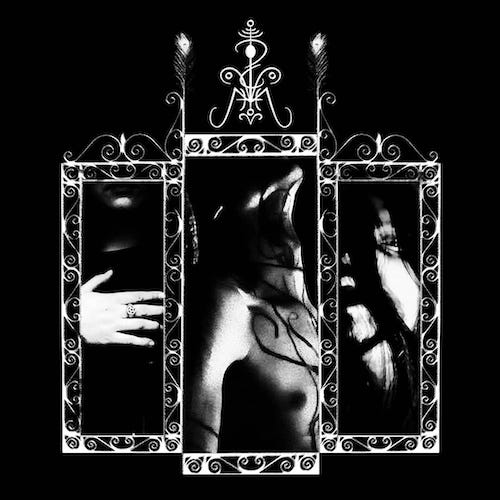 As manifested through the song we’re premiering today — “Melancholy Loves the Dark” — the music of Devil Worshipper is violent, unnerving, and frighteningly hallucinatory. It sets the teeth on edge, bites down on the neck, floods the mind with psychoactive substances, and the veins with poison. In some respects it becomes cacophonous, especially in the riotous array of vocal expressions, which encompass wrenching proclamations, wild cries, terrible roars, and mind-flensing shrieks, and the shrill, searing leads rise up like fiery mists and then burn in cascading waves.

You probably won’t see this coming from the haunting reverb-drenched notes and head-moving drum beats at the beginning, but you feel it coming through the appearance of more urgent syncopated riffing. The air of tension and turmoil grows, eventually by orders of magnitude, subsides, and then drives again with the dark pulse of the bass and the adamant boom of the drums. The song thunders and jackhammers as it crescendos in pain, and even becomes magisterial as well as otherworldly.

If you hadn’t already figured it out from these impressions, there is indeed (as the label describes) a “primitive thrust” in the music that recalls old-school black metal, but Devil Worshipper transform those sounds “into some sort of gurgling industrial black’n’roll, where layers upon layers of trance-inducing guitars, serpentine bass grooves, paroxysmal screams and martial rhythms hammer the listener on the head till reality crumbles”. It is indeed “an unforgettable and disorienting drug trip on the evil side”.

You may be able to make out the evocative words to the song (or at least some of them), crafted by Fr.A.A., but I think they’re worth including here:

“A sword, a sword is drawn for slaughter, burnished to consume
Return it to its sheath! I will judge you.
I will pour out my indignation upon you,
I will hand you over to ravaging men, artisans of destruction.
You shall be fuel for the fire, your blood shall flow throughout the land.
You shall not be remembered, for I, the LORD, have spoken.”

Between us there is naught –
The sum of all motions equals the balance of the world
The ichor fills the wound, the blade carves the map to the stars

What wordplay should I seek to produce
The same foul odour of your existence?
Your bearing – that of doubt is a burl in the garden
The epicenter of doubtless losness
Between us – it is nil

The album features artwork by H.V. Lyngdal and layout by Francesco Gemelli. Sebastien Montesi composed and performed the additional guitar leads on “Fornicating Angel”, “Melancholy Loves the Dark”, and “Throat of the False Prophet”. The album will be released digitally and in a limited edition digipack CD, accompanied by a booklet with the lyrics.

One Response to “AN NCS PREMIERE: DEVIL WORSHIPPER — “MELANCHOLY LOVES THE DARK””