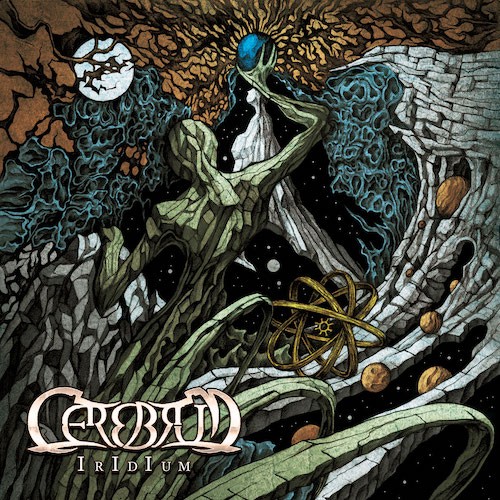 In highlighting the music on this Greek band’s new album, Iridium, Transcending Obscurity recommends it to fans of mid-period Death, Cynic, Atheist, and Necrophagist. It is a form of technical death metal, but not the kind of “tech-death” that has become a kind of nuclear arms race in the modern scene, in which speed, agility, and ever-more-extravagant efforts to pack in notes and beats per second can lead to a mechanistic soullessness. Cerebrum also haven’t forgotten that what they’re creating is DEATH METAL, even if they mount their ferocious assaults with impressive intricacy and technical skill. 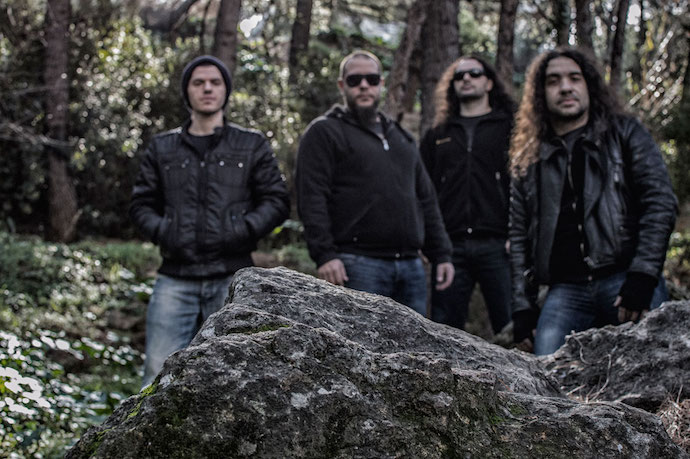 As evidence to back these observations, what we have for you today is another song premiere from Iridium, to go along with two that have previously appeared.

In “Memory Hoax” Cerebrum manage to create a feeling of chaos, yet they generate that atmosphere of unhinged savagery with the kind of sharply executed twists and turns that send your head spinning, while simultaneously respecting the allure of songcraft that leaves through-lines of melody lingering in your memory.

Overall, the track is fast and battering, anchored by gravel-toned riffing and spiced by swarms of freakish fretwork, slithery soloing, and braying chords. Yet the rhythmic drives are fast-switching, as well as punishing, with pummeling double-bass and neck-snapping snare rhythms morphing into syncopated lurching movements and brute-force jackhammering. The vocalist’s raw, barbaric bellowing is also distinctive, and provides a further dimension of livid passion to this pulse-pounding music. 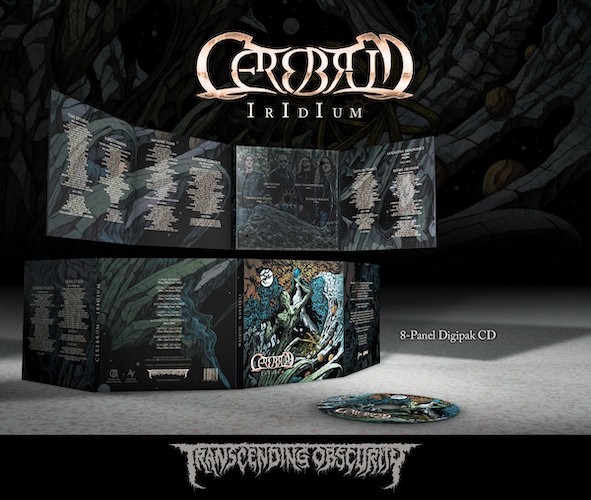 As you can see, Iridium’s cover art is as striking as the music, thanks to the talents of Costin Chioreanu (At The Gates). The album was also mastered by another great talent — Colin Marston (Gorguts). It will be released by Transcending Obscurity in a variety of formats and packages (only one of which we’re showing you above), all of which you can check out through the pre-order link below, and you can also check out the two other tracks that premiered before the one we’re bringing you — “A Face Unknown” and “Escape To Bliss”.

One Response to “AN NCS PREMIERE: CEREBRUM — “MEMORY HOAX””