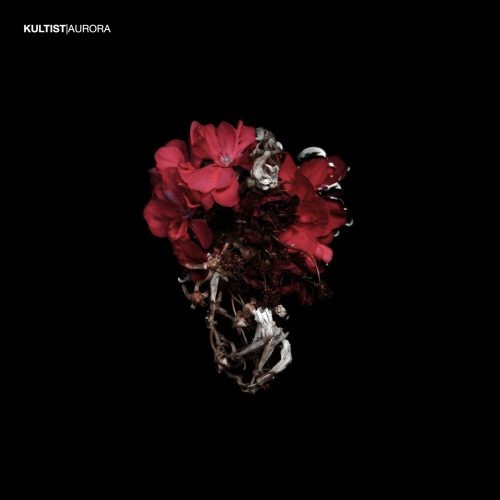 After releasing a debut EP in 2014 (Zweifel) the Munich band Kultist turned their attention to work on an album. As they explained on November 2nd, their efforts to find a label willing to back the album failed, leaving them “marrowless” and “cast down”, and thus they released it themselves as a last resort. I can understand their frustrations — because Aurora is very, very good. 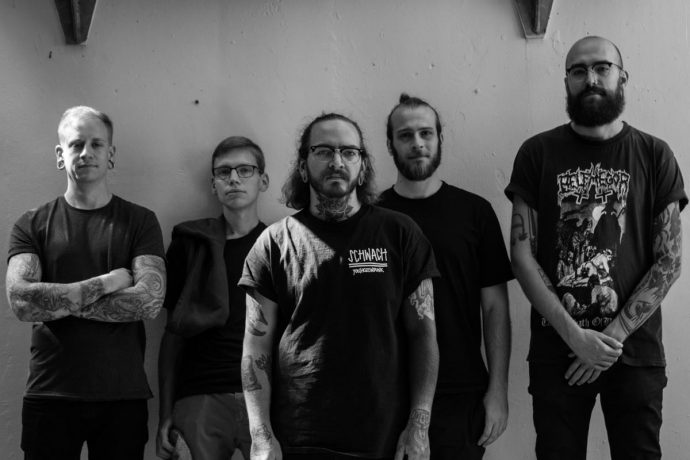 It may seem incongruous for a band named Kultist whose atmospheric music draws upon black metal (and other ingredients, including post-metal) would choose to adorn the album with a bouquet of flowers. But when you listen to the music the decision is perhaps more understandable. It has many moments of fragile and evanescent beauty, and it is unashamedly emotional, wearing its heart on its sleeve.

And it is the beating of a fierce yet wounded heart we hear. The ringing melodies (which are instantly memorable) translate moods of yearning and pain, wistful melancholy and striving against the odds. The darker, more anguished feelings are underscored by the vocalist’s tortured shrieks; the more defiant and uplifting sensations shine through in tumultuous drumming and surging bass lines, and most especially in the high mystical tones of shimmering riffs.

The harmony of soft, slow, reverberating strings sound introspective and moody in certain moments, and wide-eyed in astonishment at others. The music also soars and becomes panoramic in its sweeping intensity. The song titles include references to cosmic phenomena, to pulsars and supernovas, to meteors and the cascade of astonishing auroras, and the sounds of Kultist put those dramatic visions in your mind’s eye. I found the whole experience mesmerizing.

P.S. Kultist say on Facebook that they would still very much like to put out the album on vinyl or another physical format. So, as they wrote: “If you know someone who might want to do that, then please let us know! We have not completely given ourselves up just yet…”

(Thanks to Rennie from starkweather for recommending his release to me.) 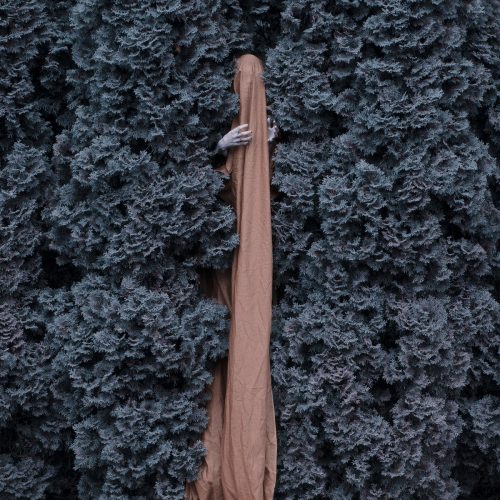 By chance, the first thing I listened to after Aurora was a riveting song named “Visions of Regret” from the fourth album (Regret) by the Australian band Vagrond. I’ve already forgotten how I came across it, but it seemed a near-perfect follow-on. That song led me to discover that Vagrond released a fifth album, Ruin, in August of this year, and dived into that one before digging deeper into Regret. The amazing cover art may have had something to do with that decision.

Like the music of Kultist, Ruin is an emotionally intense experience, but a much darker one. The vocals are raw, wounded howls that bespeak terrible agony. The beautifully crafted melodies draw upon the traditions of doom to manifest grievous loss, isolation, and hopelessness. Yet the cooling embers in these songs flare to life in ways that get the pulse racing; the encroaching gloom that threatens to snuff out those smoldering coals never completely achieves victory.

There’s fragile beauty to be found in this album, too — moments of soft strumming and picking that make the heart ache, and beautifully soulful soloing. On the other hand, while the band almost never open the throttle into head-long charges, preferring to stay in the slow and mid-paced lanes, they’re capable of making a listener’s head move, and of driving the music into heights of harrowing intensity.

P.S. I do also recommend you give a listen to Vagrond‘s 2014 album Regret, which is available here. 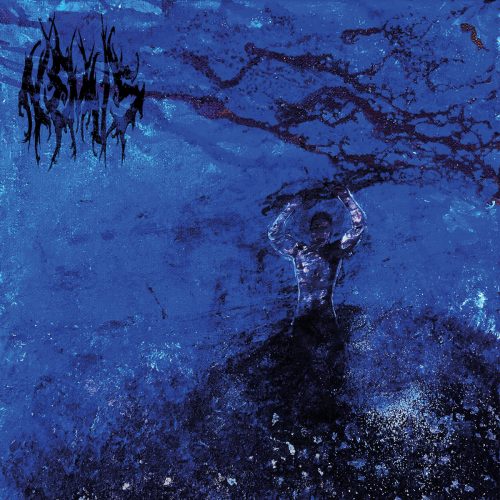 Having started this column with two full albums, I’m turning next to an advance track from one that won’t come out until November 24th. When you hear it, you’ll understand why I thought it made a good companion to the music of the first two bands.

“Nachts Im Teich” is the song that brings to a close the forthcoming second album by the German one-man band Nemus. The name of the album is See-Mensch, and it will be released by Naturmacht Productions on November 24th. The album is introduced by these words which you’ll find on the Bandcamp page:

“On the bottom of the lake. Hiding in the dark. There is a creature, that was never meant to be. Once a human being, now a chimera, a fish-man, guarding the depth.
A story of self hatred, agony and at some point acceptance.

“The LP See-Mensch contains six songs, that will tell you the story of the water human and take you right into his empire in the depth of the lake.”

“Nachts Im Teich” is indeed a dark and haunting piece of music, with pain in the melodies as well as in the desolating vocals. But man, in addition to being emotionally intense, the melodies are intensely memorable recreations of misery. The song is also an ever-changing trip in which riotous surges of battering percussion and racing chords become juxtaposed with the slow ripple of piano, chiming guitar, moody bass, and the ethereal crooning of angelic voices. 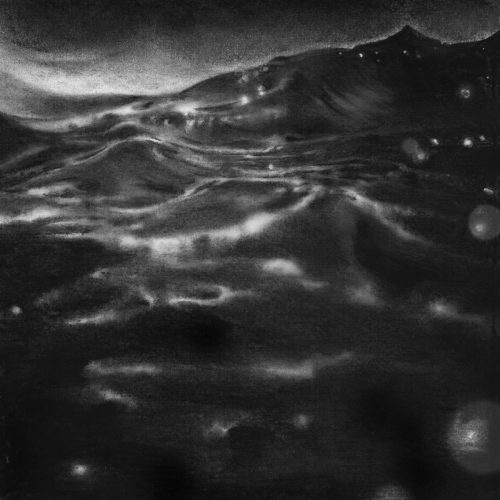 We’re informed that Marid (مارد) is an Arabic word meaning “rebellious” or “giant”, but also refers to a type of extremely powerful Djinn spirit. We’re further told that Marid are based somewhere in Saharan Africa, that the three long songs on their debut release are sung entirely in classical Arabic, and that the music was “inspired by gnostic pre-Islamic mad poets who would allow the Djinn to possess them in exchange for verses and prophetic visions.”

The name of the album is written as ٧ ٧ ٧ ٧ ٧ ٧ ٧, which means “Seven Sevens”, and in advance of its November 15th release by Grey Matter Productions (US) and Vendetta Records (Germany), a song named “Al Hayah Al Abadeyya” recently premiered at Cvlt Nation.

With vocals that range from vicious, panther-like shrieks to equally vicious whispers, from solemn intonations that come from deep in the throat to what might be the wails of distant angels, the music chaotically whirls and ravages much like one might imagine a Saharan sandstorm would do, but also alternates with quieter and more sorcerous moments. There’s also a shocking detonation, but I won’t tell you when it comes so as not to completely spoil the surprise.

Actually, the whole song is sorcerous. 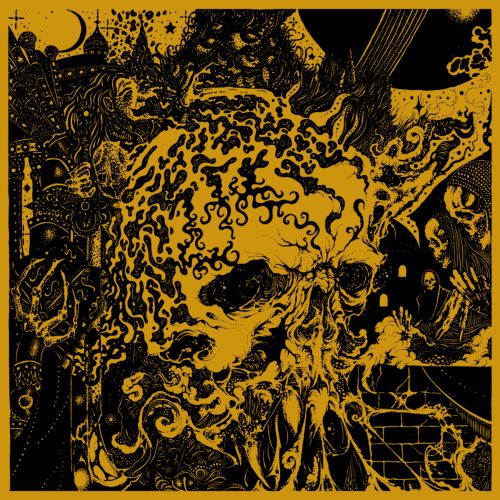 I suppose this last release represents a sharp course change from everything that’s come before in today’s column. Entitled Secrets of the Pulse, it’s the debut EP by the one-man German band Ypokosmos, and it was digitally released not long ago by Iron Bonehead Productions without much fanfare (a tape release is expected, or may already have happened), which may explain why I’m only just now discovering it.

I first came across Ypokosmos in March of last year, when I wrote about two singles that the band released in 2015. The new EP consists of four tracks, two of which incorporate spooky interludes.

Apart from the interludes, these songs are nasty but explosively vibrant pieces of work — amalgamations of head-hammering drumwork, caustic guitar abrasion, and livid, scraped-raw, blood-thirty howls. But within these ravaging, gale-force, black/crust assaults you’ll find magnetic riffs, otherworldly soloing, and enough changes of rhythm to keep you on your toes.

It’s the kind of feral, blood-rushing, hard-punching music that will leave you feeling black and blue, too — perhaps missing a few teeth as well, but hopefully grinning from ear to ear. “Echoing Chaos from beyond the Spheres of Ether” is how Spectrae characterizes the music of Ypokosmos, and that seems right.