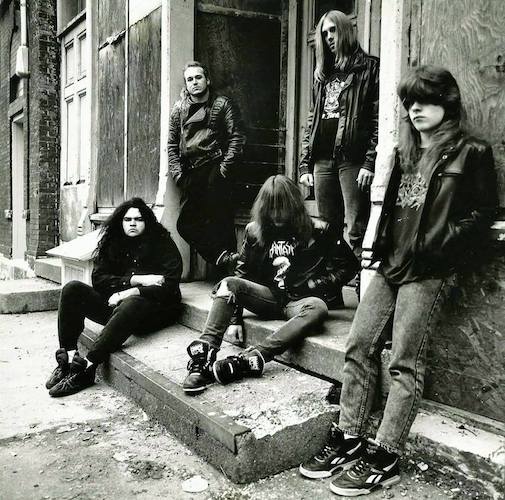 Nothing really — I’m in the middle of trying to get healthy so I can use my legs again. Due to a condition I have that takes away some of my mobility, I’m working hard to get back on it again. That’s just me, but without everybody in the band it’s really all up in the air right now. My last thought is that everybody’s waiting for me to get better to be able to play again. 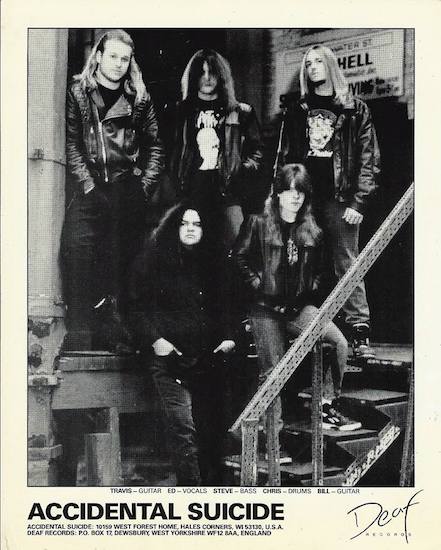 Speaking about your roots… What were your musical influences when you started Accidental Suicide? How did you manage to start a band of that kind and gather the full lineup in 1989?

I was all over the place as far as any type of music I could listen to. I broke it down to I love harmonies and female singers, and then I saw The Ultimate Revenge Part 2 and I saw Death, and I thought this was the coolest thing ever. Otherwise I was in a high school band just listening to radio things. I had emotional issues with my family at the time that were heartbreaking that pushed me towards death metal.

I had nothing to do to start the band. I guess I was just at the right place at the right time. Bill [Mears] had just moved up from Illinois to be in our own town of Mukwonago. He went to Mukwonago high school and lived in North Prairie so he just talked to certain people here and there. The next thing you know I’m playing in a band. Bill and Ed [Jackson] were the inspirational people to get the rest of the band. Basically, we all went to the same High School.

How were you involved in that side of modern culture? The entire band’s image, that tendency to tell horror stories through death metal music — what inspired you? Were you a horror movie fan back then? Or did something else drive you to add more gore into the band’s first songs?

Okay, the question involved with modern culture, that is 100% Ed. He was new to becoming a vocalist and had no training and maybe one of us said, here, go come up with lyrics. So everything that Accidental came up with was a reflection of what Ed was into at the time.

Accidental Suicide – The Life I Hate

The band was pretty active back then. You recorded two demos and then there was the Deceased LP. What are your memories of this demo-period?

In ’89 we were pretty active. We went to High School with a guy who had his own recording studio — his name was Walt Honeycutt — and then the next thing you know one person talks to another person and then we were recording a demo with Eric Greif. 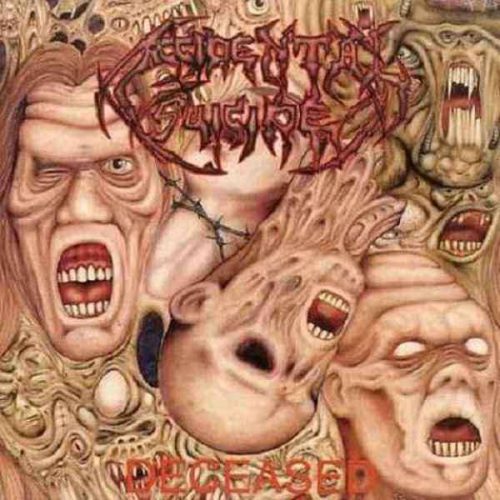 The Deceased album was also produced by the legendary Eric Greif.  How did you collaborate with him in the studio? How fast did you record this material? What did you want to fulfill on this record?

Eric Greif was very instrumental in getting us signed with Peaceville Records. At the time I was using Travis’s drum set cuz I did not have a decent drum set of my own. Eric really pushed us in the right direction, and at the time he was working with Death, so how we met Eric Greif was through Brian DeNeff of Viogression.

You chose to play death doom metal, and you chose its brutal form. Was this music rooted in traditional doom for you or did you see it rather as slower death metal?

How often did you play live back then? Did you feel the band was in-demand?

We were basically here and there, playing with bands like Broken Hope and Morta Skuld, or if a big band came through town we might get the opening gig for it.

The band split up soon after the album’s released. What happened?

We waited a long time for that album to come out and by the time it was officially out we were so bored with the songs that we’d already done, and we didn’t really do those songs anymore. At the time we were turning over a new leaf, I finally got my own drum set. I had a bunch of confidence and I was playing the best I’d ever played my life. We had a new bass player who was really highly skilled in the music field who brought a lot of things to the table as far as ability. We were really going strong at the time. Then we recorded the four-song EP Dead Erotic.

Accidental Suicide was resurrected in 2014. What motivated you to gather once more under this banner? What’s the band’s current lineup?

We resurrected because of the strength of that four song EP that was never released. We had some interest from another record label who would do all the little things to get it out there, so like, why not? Bill was the person to get that all going. I had nothing to do with it.

The band’s current lineup would be me (drums), Bill Mears (guitars), Ed Jackson (vocals), Travis Staedter (guitars), and a year ago would may have been Al Andrews from Cyanosis for a bass player. The original goal was to do a show for Al to help his family out with some financial trouble, but my inability to be able to walk that great put a hold on all that. I’m keeping hope alive.

Do we have a chance to get new songs from Accidental Suicide in the forthcoming future? The band’s status has been “active” since 2014, but it seems that nothing has happened.

Everything that is current with Accidental is more of a Bill question. He’s more up-to-date with what’s going on with this. No one has told me anything.

As a band we seem to move as slow as a snail. It was easier when we were in high school and no one had families or children, but things have changed. I’d like to do more but it’s all about timing.