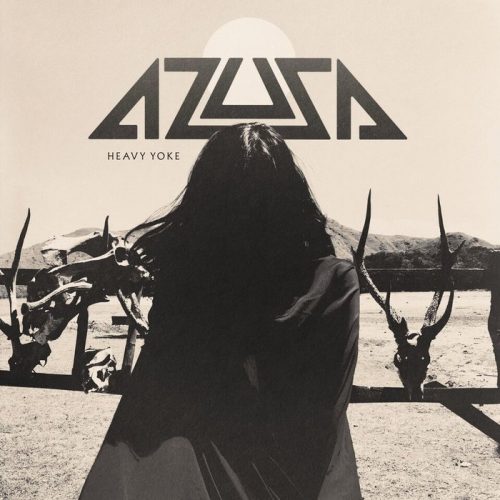 (This is Andy Synn‘s review of the debut album by Azusa, which will be released on November 16 via Solid State Records and Indie Recordings.)

Like many of you I was pretty giddy with excitement when the official Extol Facebook page began teasing some sort of new release earlier this year, only to feel a rather sharp sting of disappointment when it was revealed to be for a brand-new project named Azusa, rather than the hoped-for follow-up to the band’s excellent self-titled comeback album.

As it turns out, however, I shouldn’t have been counting my chickens quite so soon because, for all intents and purposes, Heavy Yoke pretty much IS a new Extol album. 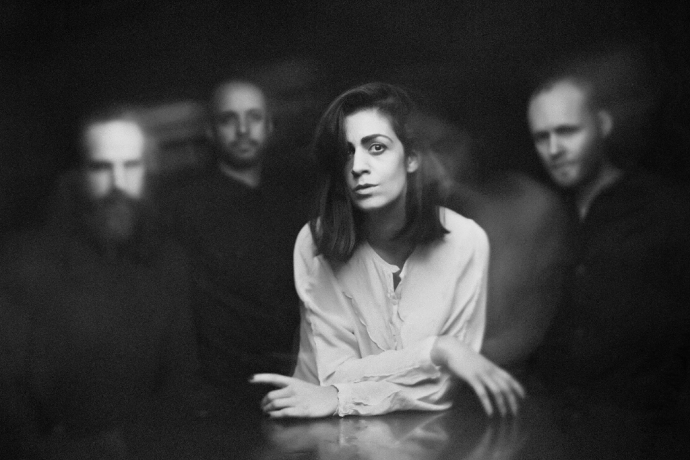 This probably shouldn’t be too surprising to hear, of course, considering that two of the band’s primary architects are guitarist Christer Espevoll and drummer David Husvik, both of whom were original members of Extol and formed part of the core writing team for three of their classic albums – Burial, Undeceived, and Synergy – and who both bring that same utterly unique and instantly recognisable brand of riff/drum work to the table on Heavy Yoke.

It also doesn’t hurt that Azusa vocalist Eleni Zafiriadou (of Indie-Pop duo Sea + Air) delivers her cryptic, elliptically-emotive lyrics in a manner that’s often frighteningly similar to that of Extol vocalist Peter Espevoll, although this is perhaps more about her responding to the music as it’s been written and arranged than due to any conscious attempt to imitate her pseudo-predecessor.

After all, when the majority of the album so clearly hearkens back to the proggy Thrash-fusion sound of Synergy (with a smidgen of ethereal melody reminiscent of The Blueprint Dives), it’s not that much of a shock to realise that the vocals – a potent mix of raw, riveting howls and soulful, siren-like cleans, plus the occasional bit of dramatic spoken-word – will have been composed and delivered in a way that’s designed to fit in perfectly with the music, and that this is most likely the source of these sonic similarities between the two.

It is, of course, a little amusing to have seen quite a few things written (including in the band’s own slightly hyperbolic press release) about how Azusa are supposedly “bringing something fresh” to the Metal scene, considering that anyone even vaguely familiar with Extol’s post-millennial output will be able to quickly recognise how smoothly this album could slot into their discography. However, it remains eminently possible to argue that the quartet (rounded out by ex-Dillinger Escape Plan bassist Liam Wilson) are still bringing something distinctive to the table, even if it’s not, strictly speaking, as “fresh” as some people might want you to believe.

The opening combo of “Interstellar Islands”, “Heart of Stone”, and “Heavy Yoke”, for example, finds the band putting their best foot forwards, with Espevoll’s signature slinky riffage and keen ear for melody/dissonance underpinned by Husvik’s intense, bait-and-switch, percussive patterns and Wilson’s understated, but appreciated, low-end presence, while Zafiriadou mixes up and switches up her vocals from a wounded howl to a delicate, dreamlike croon as the situation dictates, such that the group’s collective efforts come together as something far greater than the mere sum of their individual parts.

As a matter of fact, all the very best tracks on the album, including the choppy riffery and left-field hooks of “Lost In The Ether” and “Spellbinder”, as well as punchy late-album-standout “Eternal Echo” and its more atmospheric, yet oddly angular, sibling, “Iniquitous Spiritual Praxis”, feel like the product of a band in possession of an excess of both ideas and talent, as well as the wisdom to know exactly how to apply and position them for maximum effect, so that the end result is a solid brace of songs which will undoubtedly have an instant impact, yet which will also take some time to fully unpack and appreciate.

I’ll grant you that, even as an unabashed fan of Espevoll and Husvik’s previous work, there are moments on this album which don’t land as effectively as they probably should… both “Fine Lines” and “Succumb to Sorrow” feel tragically unfinished (especially the former, which has heaps of unfulfilled promise), while “Progammed to Distress” doesn’t really find its footing until its second half, and closer “Distant Call”, although solid enough, ultimately fails to provide the album with the resounding climax which it richly deserves.

That being said, however, these flies in the ointment don’t come anywhere near ruining the experience of the album which, when taken as a whole, not only serves as a fine continuation of the Extol legacy, but also subtly expands upon it in the process, to the point where, assuming this isn’t just a one-off affair, I’d be very intrigued to see where Azusa are willing (and able) to take their sound in the future.

A full stream of the album is available here.