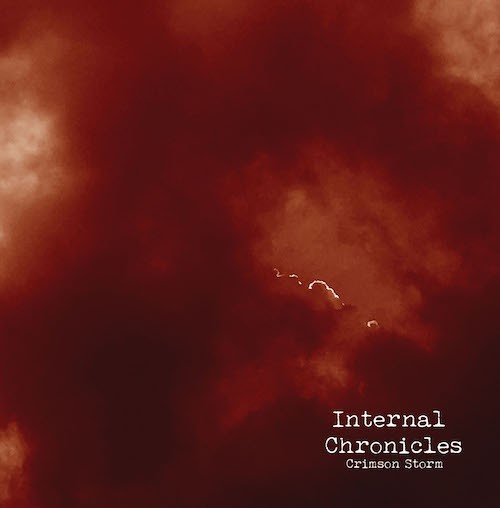 It seems a rarity to encounter underground metal whose conceptual focus is love, but that is indeed the subject of the second album by the Croatian band Internal Chronicles. Entitled Crimson Storm, it’s described by its principal member (who names himself NoOne) as “a metaphor for love, with all its beautiful, painful, incredible, awful, magical and violent dimensions that true love brings”, and also as “a statement against people who have given up or have decided that true love doesn’t exist”.

But if you’re expecting something lush, overtly romantic, sugary sweet, or naive, think again. At least as displayed on the song from the album we’re bringing you today through a lyric video, the music is a kind of blackened gothic doom that’s haunting, depressive, and wrenched with tension — though it has its moments of soulful, forlorn beauty as well. 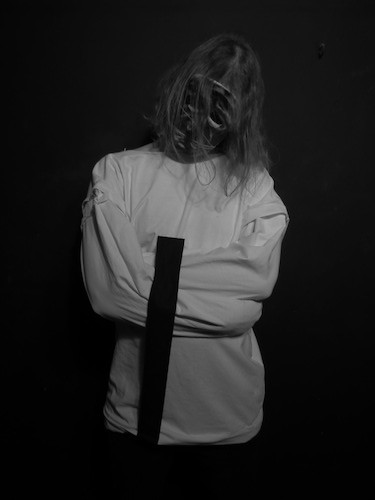 Lyrically, “Crimson Maiden” reads like an increasingly harrowing promise of unending devotion to a creature who may or may not exist, like a grasping but borderline-hopeless love letter crafted by the unstable mind of a person spiraling into darkness.

Musically, it begins with spectral organ notes that lead to slow, gloomy, hammering chords and drums, infiltrated by a spooky lead and overlaid by the reverberations of goblin-like snarls. That sense of tension builds as the drums pick up the pace, launching into a tumbling gallop, and the guitar begins to pulse and slither in a layering of occult, otherworldly tones, some of which sound like the wails of a poltergeist.

The music subsides into a slow, somber, yet alluring piano melody and a whispered conversation, which ends when the guitar begins to pulse again in a mood of anguish, joined by a plaintive violin melody, which is as fluid as the guitar is jolting.

Crimson Storm will be released on January 2 , 2019, through Guts ‘n’ Blood Records and Clabaster Records. For further info about the release and how to obtain it, check these locations: