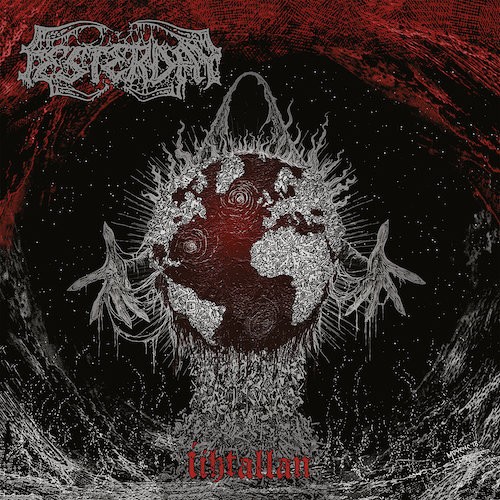 The Finnish Festerday (named after a Carcass song) released three demos and a split from 1991 to 1992, then fell silent for 25 years (at least under that name) until finding their roar again in 2017 through the release of a split with Total Vomit Experience. Since then additional short releases have followed, and now the band’s first album, lihtallan, is set for discharge by Season of Mist on January 4th. 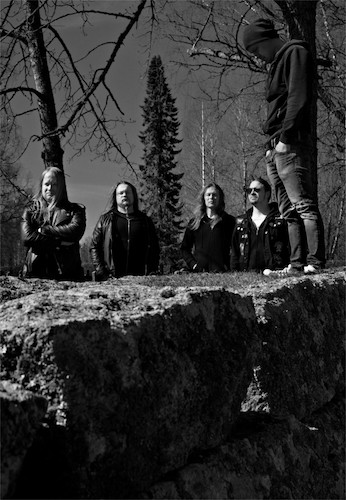 The track list for this new album extends to 16 entries. It includes such mouth-watering titles as “Vomiting Pestilence“, “Your Saliva My Vagina“, “Let Me Entertain Your Entrails“, and the one that premiered at DECIBEL last week: “Edible Excrement“.

On Facebook, Festerday characterized the song as “Something old, something new, nothing stolen, nothing but puke”. Puke it may be, but I’m lapping it up like a dog savoring his own vomit. Almost everything about the track has a massively crushing tone, from the titanism of the slaughtering, HM-2-fueled riffs to the ooomph of the drumming, which pushes the song into rampaging romps and pulls it into gruesome, grisly stomps. The eerie guitar leads and the vocalist’s goblin-like howls aren’t crushing… but they are electrifying.

Apart from the music, the cover artwork is great, and it was created by the great Chris Moyen. 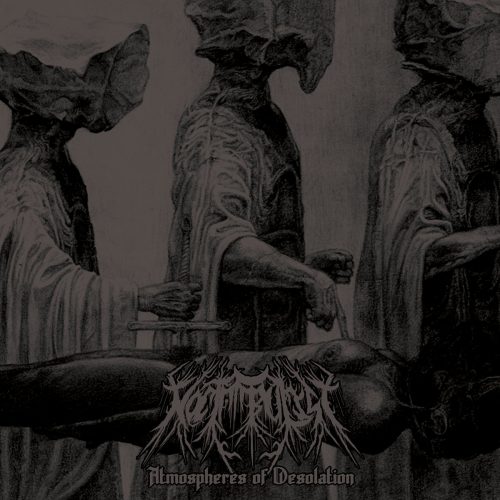 Atmospheres of Desolation is the debut album of the Colorado band Noctambulist, who’ve been around only since 2016. The label’s PR agent, who has a way with words, has described the music as “a devouring vortex of dissonant death metal with an almost levitational aspect”, a “perpetual slipstream of angular aggression and heaving heaviness, at times stultifying in its dizzying displays of necromantic death”, beneath which “wriggle tendrils of tension and unease that almost effortlessly drag the listener along with ’em”. It’s also recommended for fans of Blood Incantation, Immolation, Sulphur Aeon, and especially Gorguts.

The first track to be revealed, “Atmosphere of Desolation“, and it does indeed have an eerie, unhinged atmosphere thanks to the bursts of crazed, fret-jumping guitar work and the weird dissonance of the melodies. Save for an otherworldly, chiming interlude and a poisonously seething, tension-tightening outro, the song is also deliriously fast and immensely destructive — indeed, vortex-like in its cyclonic energy and force. And speaking of delirious, that’s certainly one way of describing the vocal combination of horrid roars and boiling shrieks

Atmospheres of Desolation will be released by Helter Skelter Productions on January 21st. 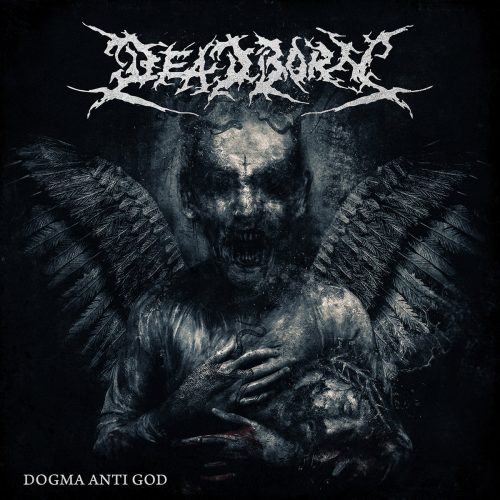 On December 7th Apostasy Records will release Dogma Anti God, the third album recorded by the German death metal band Deadborn, and their first one since 2012’s Mayhem Maniac Machine. “Sense of Delight” is the first song from the album made available for public consumption, and it popped my eyes wide open.

The track, augmented by cold-blooded and beastly roaring, interweaves truly brutish, skull-cracking grooves, flurries of insectile fretwork and machine-gun snare fire, bursts of queasy, pulsating melody, thrashing gallops, and a hell of a good solo which creates a paranormal feeling. This barbaric attack is guaranteed to get your pulse pounding.