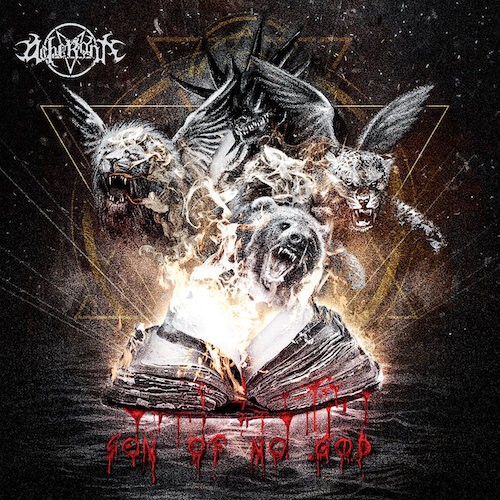 It may be wise to hyperventilate before listening to the song we’re premiering today, to enrich your blood with oxygen now rather than be caught gasping before you get to the end, because “Trascedental Will” is a no holds-barred, full-throttle adrenaline rush from start to finish.

The track comes from Son of No God, the second album by the Italian black metal band Acheronte, which will be jointly released on December 11th by GrimmDistribution (Ukraine) and The Triad Rec (Italy). 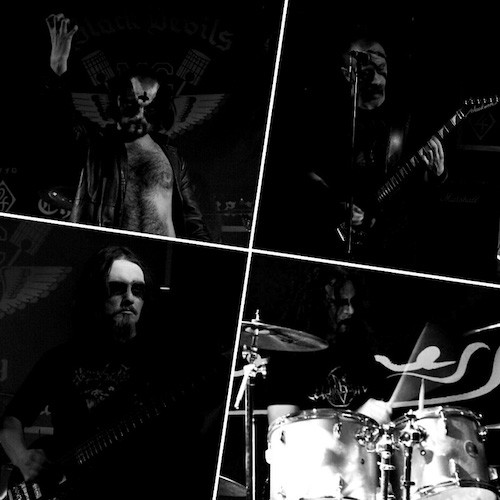 This new album is divided into two parts — “The Antichrist” and “The Apostasy”, and “Trascedental Will” is the fourth of the six tracks.

Fanfare-like blasts of imperious chords give the song an atmosphere of malignant majesty, and darting, fire-bright arpeggios make the music even more head-spinning as the band relentlessly surge ahead. For a track that’s nearly 7 1/2 minutes long, you might expect some kind of breathing room at some point, but Acheronte give no quarter — the song is a non-stop breathless race — so take your breaths now.

Son of No God is recommended for fans of ferocious ’90s black metal in the vein of Marduk, Tsjuder, and early Mayhem. It will be released in a jewel-case CD edition limited to 500 copies, with a 12-page booklet.

Below you’ll find not only our premiere but also the previously released track “Four Beasts” (which is a free download at Bandcamp).

4 Responses to “AN NCS PREMIERE: ACHERONTE — “TRASCENDENTAL WILL””