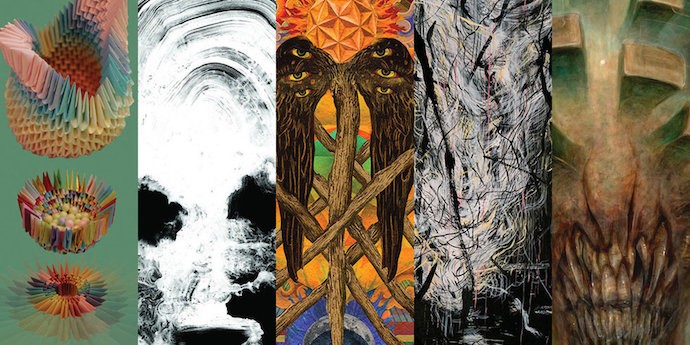 As part of our annual NCS LISTMANIA extravaganza we re-publish lists of the year’s best metal that appear on web sites that appeal to vastly larger numbers of readers than we do — not because we believe those readers or the writers have better taste in metal than our community does, but more from a morbid curiosity about what the great unpoisoned masses are being told is best for them. It’s like opening a window that affords an insight into the way the rest of the world outside our own disease-ridden nooks and crannies perceives the music that is our daily sustenance.

As in past years, a few days ago PopMatters published a list of “The Best Metal of 2018” — this time under the by-lines of Dean Brown, Antonio Poscic, and Spyros Stasis. There are again 20 albums on the list.

I admit that when publishing these “big platform” metal lists I’m prone to becoming a bit snarky and/or looking down my steep nose at their picks. You won’t get any of that from me today.  This list seems honest rather than calculated to tick off audience check-boxes, it includes some deep dives, and although it might not match up with your own list or mine, I think it’s very solid. Of all the albums on it that I’ve heard (16 of them), I think they’re all deserving of praise and recognition. And because of that, I’m now tempted to give time to the other four.

Of course, you may disagree, and should feel free to sound off in our Comment section (we encourage you to sound off with your reactions even if they’re similar to my own).

I should mention that PopMatters has also published a separate list of “The Best Progressive Rock/Metal of 2018” (here), and there’s only one overlap with the list below, so you might want to check that out if you’re a fan of prog.

To read all the descriptions of each album on the “Best Metal” list below, along with streams of the music, go here. And I’m including an excerpt from one of those descriptions concerning the album in the No. 1 spot just after the list.

An excerpt from Dean Brown‘s comments about the site’s choice in the No. 1 position: “Our Raw Heart acts as a portal to another’s pain and upon experiencing this LP across numerous listening sessions, you get a deep understanding of how much music can mean to the creator in the face of adversity and also to the listener during their own darkest nights. That connection goes beyond any end of year list accolade; that connection is everlasting.”