Even as odd and disorienting as this annual occurrence usually is, the one we’re in the midst of now has struck me as even more bewildering, even comically so, from my perspective as an obsessive fan of extreme music with a compulsion to share recommendations. On that front at least, things are supposed to slow down, with fewer albums being released (given the likelihood they’ll be overlooked against the background froth of so many other holiday diversions) and something of a pause in the promotional activity around albums slated for release in the new year, including the debut of new songs. And while that has in fact happened to a degree, it’s been a smaller degree than usual, especially in the genres of music that are the focus of this column. 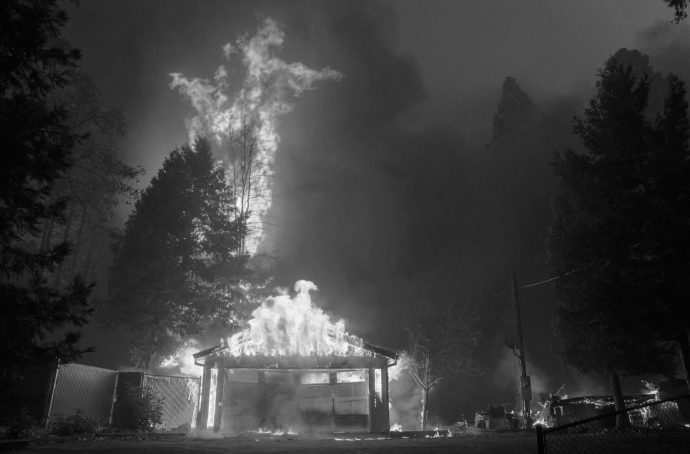 The daily flood of promotional e-mails that clog the NCS in-box has slowed over the past week, and most of the metal-oriented on-line organs have taken a break, which is typical. Normally, this allows me to to focus on our own year-end LISTMANIA series (which isn’t finished yet), do a bit of catching up on late-year releases I’ve neglected, and begin thinking about the only list I prepare myself for our site, the one about highly infectious metal songs. But it hasn’t quite worked out that way.

For one thing, a label that will be sorely missed chose December 26th as the date for its final slew of album releases before terminating operations. I’m speaking, of course, about Fallen Empire Records, who launched on-line streams on the 26th for five albums or EPs that it will be providing on vinyl, and did so without furnishing advance promos to anyone that I know of, as if to provide an amusing cautionary tale for people who make their year-end lists before the year has ended. Those new albums, in alphabetical order, were these:

In addition to this last batch of Fallen Empire releases for new recordings (the label also released new vinyl editions of previously released records by Mare Cognitum and Tchornobog), December 26th also brought a new album on the Mystískaos label. Mystískaos is a record label (or perhaps more accurately, a creative collective) formed through the collaboration of American musician Alex Poole (Skáphe, Chaos Moon, Entheogen) and Icelandic musician H.V Lyngdal (Wormlust, Ljáin, Martröð). Its list of releases principally consists of the projects of those two creators, but includes participation by other people within their circles, and has also involved a partnership with Fallen Empire. For example, Poole and Lyngdal are themselves participants in Guðveiki. And under the Mystískaos label they released the debut album of Délirant on the 26th.

Délirant is the solo project of Spanish musician D.B., who is also the instrumentalist in the black metal band Negativa, which is credited on Metal-Archives with nine releases, including a 2018 album named 03 that came out on tape in October via Sentient Ruin Laboratories.

As if these releases weren’t enough to discombobulate black metal addicts who thought the year had sort of ended before last week, Matron Thorn chose December 28th to spring a new album-length, two track opus from his Præternatura project, entitled Hideous Mirrored Visage…

…and on that same day Throats Production decided to release the debut album (The Will To Nothingness) by an Italian duo named Insonus.

Furthermore, Rory Heikkila‘s Shroud of Despondency picked Christmas Day to discharge a new EP named Must I Rot Here?, which put an exclamation point on a year in which the same project released an album entitled Cull, about which I was reminded when our friend Johan Huldtgren (Obitus) put it on his year-end list.

Fallen Empire wasn’t the only label that chose Christmas week as the time to release a slew of new albums. Pest Productions did so as well, releasing six of them on Christmas Eve:

No Point In Living – The Winter

R.N.V. – Emblem of the Desecrated

Thy Light – No Morrow Shall Dawn

And all of the foregoing releases came on the heels of other mid-December releases that I had intended to highlight further in some way, some of which I previewed with earlier commentary at NCS, including Via Dolorosa by Deitus, Ecco Homo by Lutomysl, and Odious Devotion‘s self-titled album.

How is a bewildered metal blogger supposed to review such a late-year onslaught of new releases in this weird last week of the year while also contending with the onslaught of family, friends, food, drink, commercialized excess, and the looming dread of a new year beginning with a return to jobs and no more holiday reprieves on the visible horizon? And while also still trying to pay attention to the year-end lists we’ll be publishing in the coming week, plus that Most Infectious Song thing that’s my own sole responsibility?

Well, the answer is, I can’t possibly. You’ve just seen what I decided to do instead. You’ll probably have trouble dealing with it as well — each day, unfortunately, still consists of only 24 hours.

On top of all these new full releases, the past week has also brought some additional advance tracks from black metal albums due for release in January. I might write about some of those for a second post today, depending on how the rest of my Sunday morning goes. If not, I’ll see you tomorrow, because we do have things planned for the last day of the year at NCS.

8 Responses to “SHADES OF BLACK: A LATE-YEAR ROUND-UP OF NEW RELEASES”