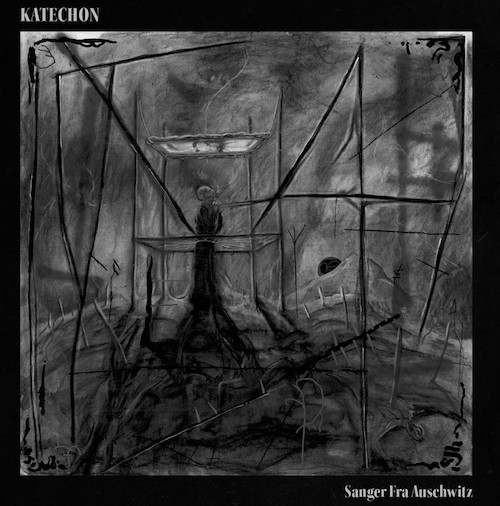 The complex of concentration camps established by the Nazis at Auschwitz in occupied Poland is perhaps an unparalleled testament to the horrors that human beings are capable of inflicting on each other. At Auschwitz more than 1,000,000 people were exterminated in the gas chambers or died of starvation, forced labor, infectious diseases, individual executions, and grotesque medical experiments. One need not resort to demonology or monsters of the imagination to find embodiments of evil — Auschwitz showed that it walks the earth in the form of man.

The terrors of those death camps provided the inspiration for the new album by the excellent Norwegian black/death band Katechon, to be released by their new label Saturnal Records in March. Entitled Sanger Fra Auschwitz, the record is the result of almost a year and a half of work in the studio by a line-up that has changed since the band’s last album, 2015’s Coronation, and the music reflects changes as well, as will become apparent from the track we’re presenting for the first time today: “Renselsen“. 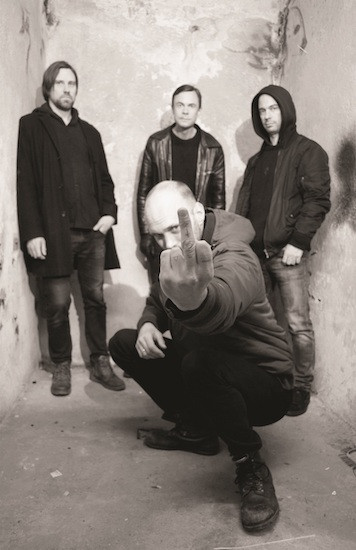 In Katechon’s conception of the album, the blood-drenched nightmare of Auschwitz represents not only a specific historical record of murder on an almost unimaginable scale but also (in the band’s words) “the presence of evil manifested on earth,” “a metaphysical concept of the darkest places of the human psyche,” and a representation of “human suffering filtered through a prism of totalitarian ideology.” It is, as they say, “very much an anti-totalitarian record”, and one that draws textually from Paul Celan, T.S. Eliot, and beat poetry.

The subject of the song we’re premiering today, “Renselsen“, is described by Katechon as “the cleansing of the Jewish ghetto witnessed through the eyes of a young boy: ‘I can see the furnace that will devour me, its flames lashing out my stomach, licking high against heaven.'”

In composing the new album Katechon diminished the magnitude of death metal in their sound and brought forward a more harrowing form of black metal, and that is evident in this song, through its high, needling riffs and the tumult of blasting drums. Sensations of fear and delirium, panic and pain, surge through the racing rhythms and the dissonance of the shrieking, skittering, mind-warping guitars, as well as in the vocalist’s raw snarls and tortured shrieks. The sheer madness of the music reaches its zenith in a freakish, fret-burning solo, and there is something almost equally crazed about the frantic vibrancy of the bass, which is especially prominent when the drummer briefly turns away from the galloping blasts.

The song is incendiary, setting the nerves alight as it rushes, whirls, and spirals in a display of exuberant instrumental athleticism. It’s an exciting (albeit disorienting) experience, even though the insanity in the sound is lyrically connected to almost unimaginable and sadistic depravity. And the song left  this writer intensely curious to hear what else Katechon have achieved in the rest of the album’s 37 minutes of pure darkness.

Sanger Fra Auschwitz was recorded at Nordstern studios, and it was mastered, mixed, and engineered by Christian Broholt. The cover art was created by Martin Schreiner.

For more info about the release and when it will become available for order, follow Katechon and Saturnal here: