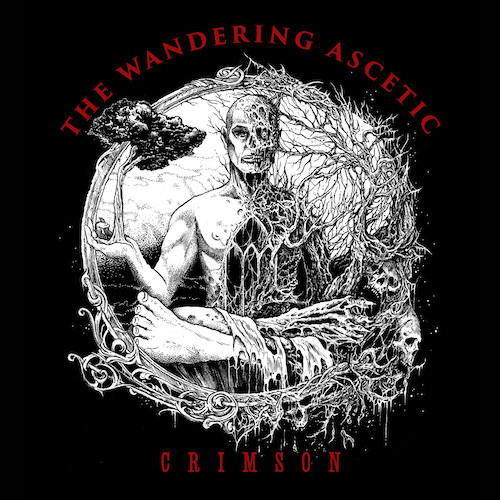 We have made no secret at this site of our long-standing admiration for the long-running Singaporean “Vedic Metal” band Rudra. And it was the wonderful memories of Rudra’s creations that peaked our interest in The Wandering Ascetic, another Singapore-based band whose line-up includes members of Rudra (vocalist Kathir and guitarist Vinod) along with bassist Jayakumar and drummer Kannan K.

The Wandering Ascetic‘s debut album, Crimson, reflects the compositional skill of Rudra, but pursues a stylistic course that’s different, though not without its own exotic accents. The album will be released on February 12th by Transcending Obscurity Asia, and today we present the second “single” from the album, a track named “I Sing the Body Electric“. 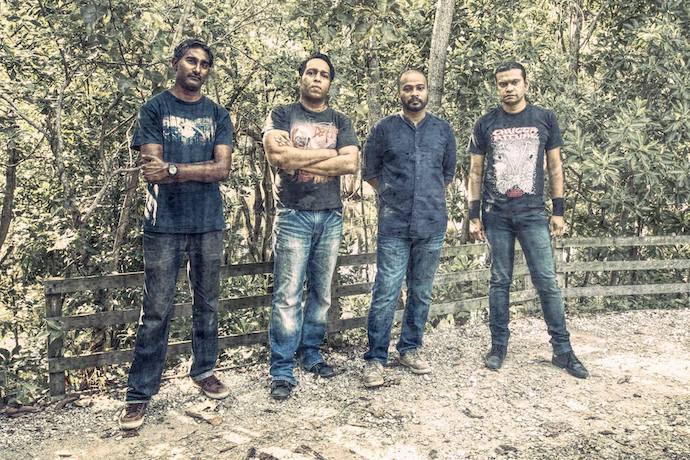 Black metal provides the backbone of Crimson’s music and manifests a kinship with both black thrash and Hellenic black metal traditions, but still bears the stamp of Rudra’s influence.

The mainly mid-paced, multi-faceted song we’re presenting today builds from a tumbling drum progression, adding a heavy bass pulse, a grim vibrating riff that rises and falls in a sign of cold cruelty, and scalding, imperious vocals. An eerie, gleaming lead surfaces and subsides, and whining notes add a sense of incipient insanity.

But perhaps the song’s true highlight comes (as it also does elsewhere on the album) in the guitar solo, which is soulful and somber at first and becomes more wailing and warped, adding to the music’s occult atmosphere. The drumbeat becomes more animated, the guitar flickers and darts in a fever, and the band send the song to its conclusion in a blast-driven whirl.

It’s a mesmerizing and uncommon experience that seems to carry us off the surface of a mundane world and into a perilous mythic realm through its blend of cold malice and arcane atmosphere (and it will get your head moving too). 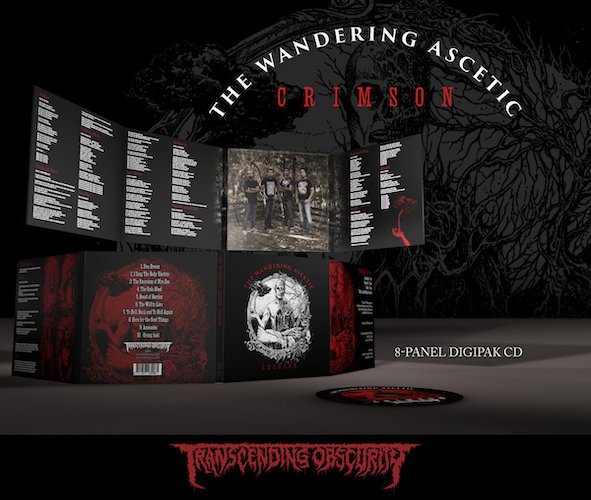 The album provides a dynamic listening experience — the first single from the album, for example, is a more immediately barbarous and rampantly savage affair than the track we’re presenting, but is also absolutely scintillating and sorcerous — and we’ll include a stream of that one for you in addition to our own premiere.

Crimson’s cover art was crafted by Mark Riddick (Fetid Zombie), and the layout was prepared by Turkka Rantanen (Demilich, Demigod). The album will be released digitally and on CD, and a shirt is available too. Check out the options here: