For the third installment in this year-end list I’ve decided to take a turn into blacker realms, and to move deeper into the underground, too. To check out the previous installments, they’re collected behind this link, and to learn what this series is all about, go here.

Let me say up-front that long-form songs have been a rarity in these Most Infectious Song lists, because while such compositions can be truly wondrous experiences, they’re rarely what most people would consider “catchy” or addictive to the point of commanding frequent re-plays. But I consider “The Virtue of Suffering” by Australia’s Elysian Blaze to be all of those things. It is a truly memorable song, with numerous components that have gotten stuck in my head, and with such a strong appeal that I’ve been drawn back to it regularly — even though it’s nearly 19 minutes long. 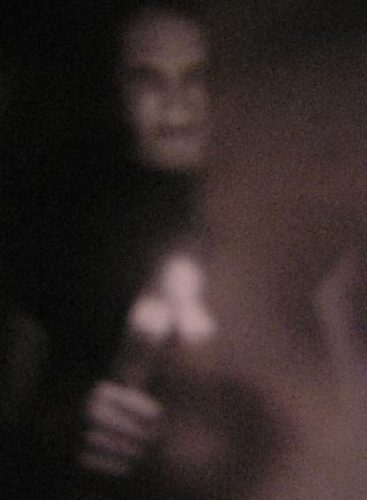 I first discovered this track through a fascinating interview at Invisible Oranges with the band’s sole creator, and a strong recommendation by Elijah from Panegyrist. It’s the band’s first output since a massive 2012 album entitled Blood Geometry, and it provides hope for a new album in the not-too-distant future.

The song’s first six minutes or so really set the hook, but it’s not the only part of the song that satisfies my definition of “infectious”. Crafted with obvious care and attention to detail, it’s a dreamlike experience and a dynamic one. It sounds both celestial and perilous. The music builds nerve-abrading tension and breaks it in different ways, while moving among moods of penetrating grief and fiery rapture, hypnotic meditation and explosive transcendence.

A grand but moody central riff moves against a slow and stately drum beat in those opening minutes, and becomes increasingly enthralling as it repeats, providing the foundation for shimmering, spiraling, deranged leads, the reverberation of harsh growls and rising howls, and clean singing with an ecclesiastical resonance, both reverent and glorying. There are variations in the drum rhythm at times, becoming more thunderous or even slower and more dramatic. The riffing also accelerates to more frenetic speeds. The changes play a role in maintaining the song’s firm grip on the mind for almost 20 minutes, but it’s the combination of every ingredient that makes it such an extraordinary experience. 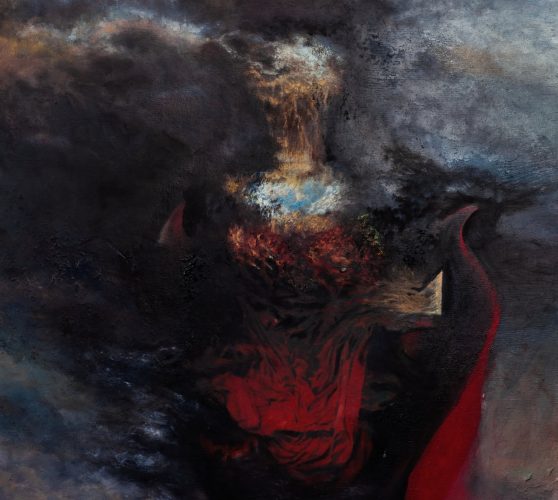 This black metal band from Brno in the Czech Republic was a new discovery for me last year, and their debut album Ex Nihilo proved to be a very welcome surprise. My first exposure to the music was a single named “The Descent“, and that’s the track I’m now adding to this list.

The thunderous drum-and-bass performance at the outset of the song dramatically seizes attention immediately, and the rhythm work throughout “The Descent” — which is ever-changing — is one of its true strengths. The uber-grim riffs, both drilling and booming, really do make the music feel like a descent into hell, an experience made even more hellish by the demonic sound of the vocals and the poisonous and paranormal tone of the leads, which at times radiate a kind of fanatical ecstasy.

Dissonant chiming notes and haunting, solemn vocals intensify the music’s unearthly atmosphere, and give this oppressive and hopeless descent a mystical edge. It seems to be a nightmare transmuted into sorcerous sound, but it’s absolutely transfixing — so much so, and so persistently so, that I think it deserves a place here.

5 Responses to “OUR LIST OF 2018’S MOST INFECTIOUS EXTREME METAL SONGS (PART 3): ELYSIAN BLAZE AND DEPTHS ABOVE”