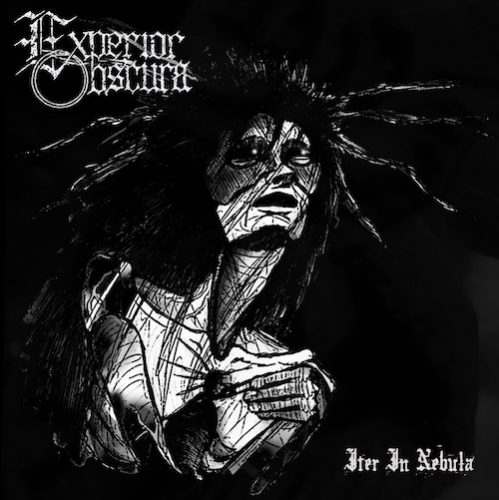 The Italian black metal band Malvento has been a continuing source of fascination over the course of four albums and numerous splits as their esoteric musical formulations have morphed and evolved over a career that now spans more than 20 years. We have had the fiendish pleasure of premiering some of that band’s more recent twisted creations, and remain eager (and perhaps a bit fearful) to discover what they might do next. In the meantime, we’ve learned that Malvento guitarist Nefastus is behind a solo project called Experior Obscura, which is itself a source of chilling fascination.

A little more than two years ago Experior Obscura self-released in digital form a debut album named Iter in Nebula (on which Nefastus was aided by drummer “R“), and followed that in 2017 with a split release in partnership with Malvento entitled Abyssus Abyssum Invocat, which included two of the tracks from Iter In Nebula. That split took physical form as a cassette tape, but the quantities were so limited that only a few handfuls of people were able to draw it within their clutches.

In short, Experior Obscura, true to its name, has dwelled in a shadowed obscurity. But its existence is about to become less obscure, because the UK-based label Third I Rex, whose selections have proven to be persistently intriguing, will be releasing Iter In Nebula next month, both digitally and in a limited CD digipack edition. That will undoubtedly expose Experior Obscura‘s diabolical talents to a wider audience, and we’re doing our own part to advance that cause today by presenting the stream of a track named “Awake, Waking!“ 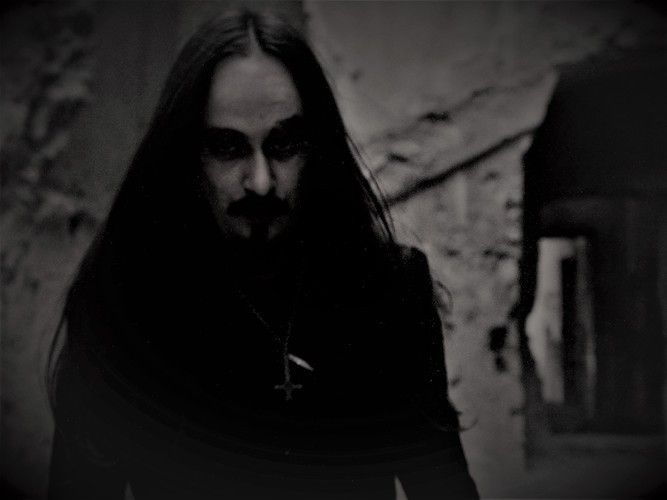 This song, which was also one of the two that Experior Obscura contributed to that split with Malvento, is the kind of aural potion that spawns hallucinations, and manages to become mesmerizing at the same time as it’s sending frightful chills down the spine. At least for this listener, it creates an atmosphere of freezing gloom in which wraithlike apparitions flicker in and out of perception until their tortured agonies become an overpowering vision of rampant madness.

That feeling of deep and perilous gloom descends almost immediately through the collaboration of sludgy, pitch-black chords, big booming and rumbling drumbeats, and the sound of unnerving shrieks in the distance. Crazed, writhing notes surface, perhaps from a throat, perhaps from a fretboard, it’s hard to say for sure. A sinister bridge of slower percussive pounding and dissonant, reptilian notes leads to greater intensity until another subsidence occurs, creating a sensation of dreamlike eeriness.

Scurrilous notes ring out over a deep, moody bass-line and methodical drum hammering, which devolves into a cacophonous abrasion — and then the drums rip open the listener’s skull in a fit of maniacal blasting while the vocals and guitars slaughter the listener’s sanity in a storm of whipping and contorted sound, rising and falling like the shrieks and moans of tortured souls. As unnerving as this climax is, there’s something hauntingly seductive about the chiming tones that close the track in near-isolation.

P.S. The second time you hear this, you may well notice other happenings and experience different visions.

Third I Rex will release Iter In Nebula on February 28th, and it’s available for pre-order now.