Windswept now have a new album for us, which will be released by Season of Mist on February 8th. Its name is The Onlooker, and the first track in today’s collection is one released yesterday with the interesting title “Gustav Meyrink’s Prague“. (If you’d like to learn about Gustav Meyrink and of how his life changed in Prague, check this article.) 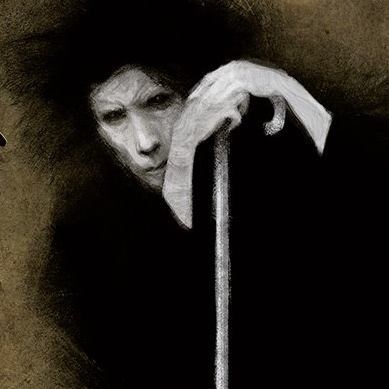 There is undeniably a strain of melancholy in this intense new song (Meyrink nearly committed suicide in Prague before a chance occurrence showed him a way out), but it’s such an explosive and exuberant piece of music that its moodiness (which is most pronounced when the feverish drum assault relents) is counter-balanced by a fiery feeling of discovery and transcendence. It makes the heart soar like a hawk.

(The first song released from the album for streaming was “Stargazer“, and I’ve included that one for you to check out as well.) 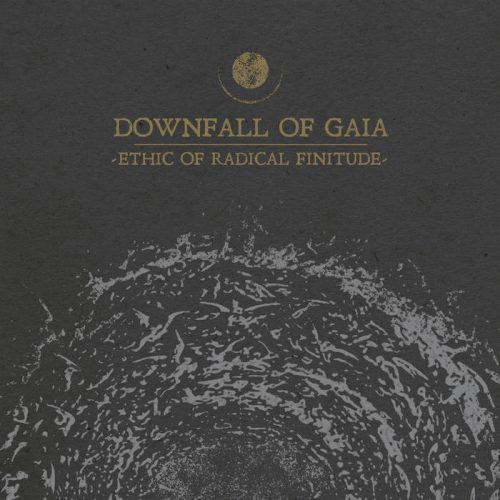 Yesterday Downfall of Gaia (a persistent NCS favorite) released a video for a new song called “We Pursue the Serpent of Time“, which comes from their new album Ethic Of Radical Finitude. It includes guest vocals by Nikita Kamprad of Der Weg einer Freiheit.

In the video, a somber man sits drinking and smoking alone, his face cut by shadows, contemplating the bleakness of his life in that crease in time on the verge of middle age, imagining and acting out the various ways in which he might take his own life. I thought the video deepened the dark moods already present in the music, and also cast a different interpretation on the music’s more frenzied eruptions.

The drum soloing in the song’s intro is an attention-grabber, and when the principal melody unfolds over a very heavy bass, it becomes even more gripping. The band begin to race (the drumming in the song really is fantastic), and although there is a sweeping quality to the whirring guitars, the atmosphere is one of anguish, made even more intense by the throat-lacerating vocals. The onrush breaks, replaced by meditative and mystical arpeggios over a martial snare pattern, but the powerful surge resumes again in dramatic fashion before a plaintive piano solo closes this harrowing yet grand composition.

Ethic Of Radical Finitude will be released on February 8th by Metal Blade. The first “single” released from the album was “As Our Bones Break To the Dance“, and I’ve included the stream of that one as well. 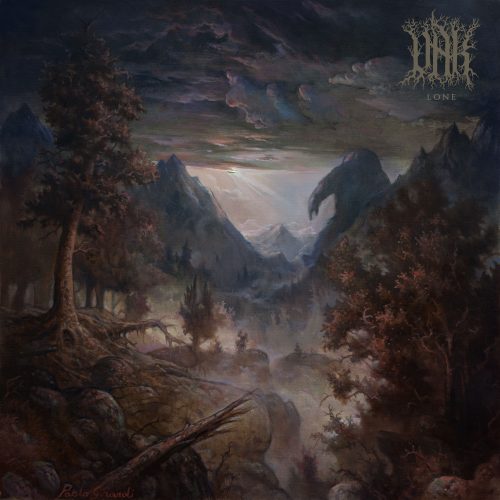 The great Paolo Girardi crafted a fitting piece of cover art for Lone, the debut album by the Portuguese doom duo Oak (who are also members of the wonderful Gaerea). If you’re been a consistent follower of our site, the name Oak will already rings bells. In the spring of last year we premiered a live recording (captured on video) for a spellbinding single called “Sculptures“, which in final form will appear on Lone. And then a bit later in the year we also premiered a video of the band’s live set in a chapel within the old Portuguese fortress known as Castelo de Santiago da Barra (and if you haven’t seen that video, you really must!).

Of the four tracks on Lone, the third is one called “Abomination“, and a stream of it surfaced yesterday. A mood of tension and building turmoil develops from the very beginning, manifested not only in the grim opening riff but also in the elevation of the vocalist’s cavernous growls into wrenching howls of agony. The riffing and rhythms change as the song proceeds, becoming both more jolting — moving us perilously closer to the edge of a looming catastrophe — and also more dirgelike, steeped in misery and bereft of hope in the depths of an emotional abyss.

Lone will be released by Transcending Obscurity Records; I haven’t found a release date or pre-order link yet. 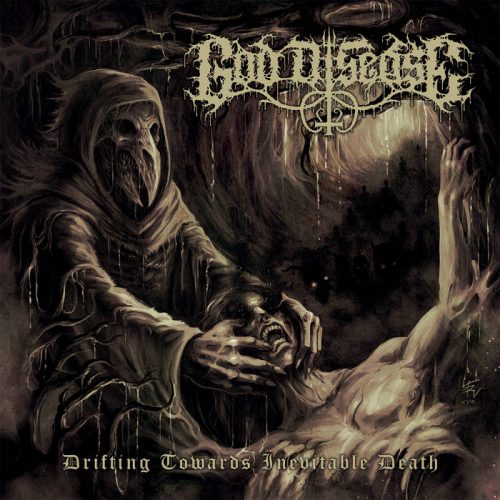 Having put you into a doom-y mood, I decided to follow Oak’s new song with one by the Finnish death/doom band God Disease. It comes from their debut album Drifting Towards Inevitable Death, which will be released on March 15th by FDA Records/Soulfood Music.

“Cathedral Gates” is the name of this new one, and it is a shaggy lumbering beast whose procession shakes the earth, leaving the stench of death in its wake — until the music seems to unleash a disease vector through feverish buzzing riffery and moaning, wailing leads. The vocalist’s ghastly roars add to the music’s atmosphere of gruesome pestilence, and the mountainous bass lines will get your head moving. It’s an unmistakably oppressive and unnerving experience, but I’ll warn you that as it winds its way along a tortured path, it will get its hooks into your head.

If you’d like to check out another track from the album, “Descending Into Abyss“, I’ve included that stream, too. 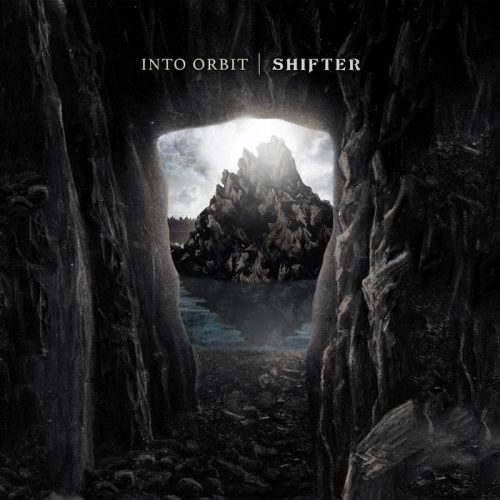 At the outset I mentioned that the flow of the mood in today’s collection would soar again near the end, and now we reach that point with a new single by an old favorite of mine, the New Zealand instrumental duo who call themselves Into Orbit. The new track is “Shifter“, and man, it really is (a shifter).

The song begins in irresistibly head-moving fashion, with a tremendously vibrant (and very heavy) riff and a compulsive drum rhythm, and once Into Orbit have thereby seized control of your motor functions they begin layering in a broad array of mesmerizing, mind-altering guitar accents. But as doom-cloaked and heavy as the song’s opening sequence is, the music changes course — still somber in its mood, but slower and less craggy. When that happens, be prepared for a beautiful dual-guitar melody that brings in the influence of ’70s prog rock in a truly beguiling way. Yet for those who might prefer to be crushed, you’ll get what you wish for in the song’s finale. 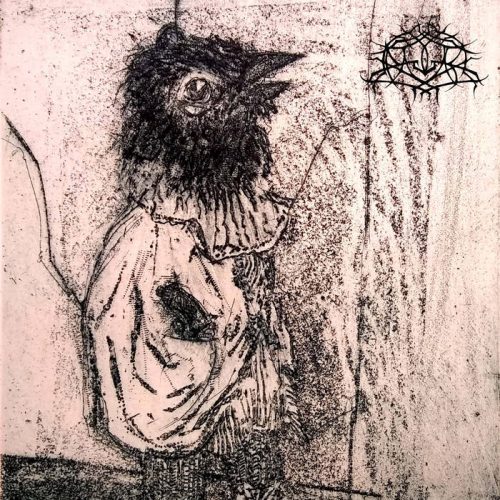 Finally, I’d like to share a stream of the new EP by Krallice (Wolf), which the band launched without advance warning on Bandcamp last night (they’re making a habit of this). My first impressions are mixed, but I haven’t had time to pull them together in words (I will add that my friend Andy’s first reactions weren’t positive at all). But this is such a talented band that I decided to include the stream for you anyway, in case some of you might not be aware of the EP’s existence. I think it’s always worth finding out what these guys are getting up to, and of course you can form your own impressions of this newest effort (which includes vocals by Colin Marston this time).