After a weekend break, I’m resuming the rollout of this series, which will continue every day this week (and beyond). Today I decided to group together tracks from some of the bigger names in the corpse-strewn battlefields of our beloved ear-gouging genres. There are some other well-known names scattered among the rest of this week’s episodes of the list, along with lesser-known names that deserve a lot more attention.

I suppose Northern Chaos Gods surprised more than a few people, and at least provided a resounding answer to the questions about what Immortal might be able to accomplish if and when they re-surfaced following the acrimonious departure of Abbath. If there was a surprise (and for me there was), it was that the band’s ninth album, arriving nine years after All Shall Fall, would turn out to be one of their best in such an unusually long career. 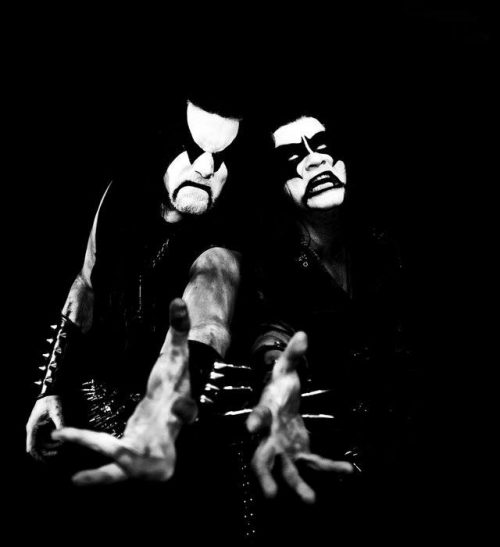 Among the album’s many exciting accomplishments, it greatly complicated my tasks in compiling this list, since I’m living under the self-imposed rule that no more than one track per band will be allowed. Northern Chaos Gods included multiple tracks that I thought were among the year’s most infectious, and my choice came down to not much more than a mental coin toss.

I was mightily tempted by the jet-fast, blast-furnace blaze of the title track, by the epic barbarism of “Into Battle Ride”, and by the irresistibly headbangable “Gates to Blashyrkh”, but it was “Mighty Ravendark” (the longest track the band have ever written) that got the nod. When Andy Synn put the album on his Personal Top 10 list of the year, he referred to the song as “grimly grandiose”, and so it is. The emotional power and dramatic scale in the song, together with the moving melodic accents (sometimes delivered in soft and wistful tones) put it over the top for me. 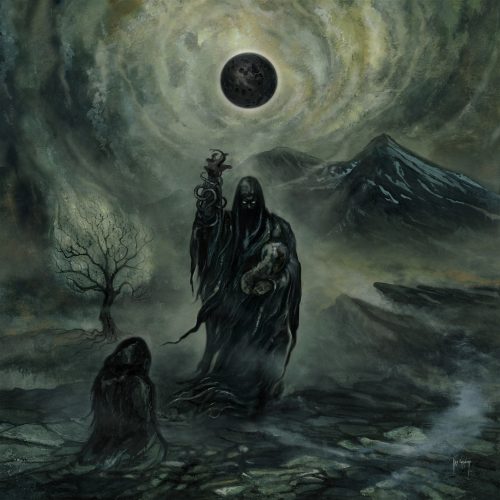 I do think it’s fair to call Uada one of the bigger names in extreme metal, as I did in the introduction, although it’s also fair to call their rise “meteoric”, certainly in comparison to the preceding band. With only their second album in a two-year span, their profile has elevated quickly, aided by their well-proven ability to put on riveting live performances (I’ve certainly been riveted by the two I’ve witnessed).

Sadly, the rapidity of their ascent in popularity also seems to have triggered that perverse streak among certain segments of metal fandom that feels compelled to put the claws into bands who become popular, as if being wretchedly poor and unheard-of for many years is the only true measure of quality and authenticity. I don’t mean to demean folks for whom Uada isn’t their thing, but they’re definitely my thing, and I really enjoyed their most recent offering, Cult of A Dying Sun.

Moreover, I find myself fully in agreement with my comrade Andy Synn, who closed his review of the album with this words: “Make no mistake about it, this is one seriously impressive second statement by a band who have all the skills and the drive to be one of the genre’s biggest movers and shakers in the future”.

For this list, I chose the album’s title track, about which I wrote these words when I first heard it as a “single” in the run-up to the album’s release:

“A damned dark and alluring riff launches the track and moves sinuously through it, evolving as it goes. The song also includes a wide array of intense vocal expressions, an equally wide array of tempos and drum patterns, and a beautiful solo. By the end, the song had swept me away the first time I heard it. And I found myself even more enamored of it the more I listened to it.”

In what he proclaimed (probably while smiling) would be “the definitive take” on the new Skeletonwitch album, our Andy Synn began with the observation that “Devouring Radiant Light finds the Skeletonwitch crew sounding a lot like early-2000s period Enslaved.” He continued:

“The bleak, moody melodies, winding bass-lines, and icy, snarling vocals of opener ‘Fen of Shadows’, for example, would fit in almost seamlessly on an album like Monumension or Below the Lights, while the free-flowing gallop of ‘Temple of the Sun’ (complete with some soaring, Ice Dale-ish lead guitar work and an unexpected splash of surprisingly effective clean vocals) and the sombre introspection of the title-track could just as easily find themselves a comfortable home on Isa or Ruun with a few minor cosmetic tweaks”.

Andy did rightly observe that the album was not completely stripped of the stylistic approaches of previous albums, and so it seemed more like the product of a band in transition, moving in an ambitious and appealing direction but still with one foot on the other shore, not quite in their sought-for harbor yet.

My other steadfast comrade DGR perceived the beginning of the course change in The Aphotic Gloom EP, and while he didn’t believe the band had abandoned their core sound on the new record, he agreed that “Skeletonwitch come off as an entirely new band here at points” — and applauded the changes (I’m quoting here from his year-end list):

“Longer and expanded in a variety of directions in comparison to just about everything else in the group’s career, the new album becomes an adventure, and hearing Skeletonwitch free to explore whatever strikes their fancy is a joyful exercise.”

With that long wind-up, now I’ll deliver the pitch: I picked the album’s opening track for this list. Here’s “Fen of Shadows“. Man, I do love this song (and if you don’t wreck your neck beginning at 2:16, there’s something wrong with your motor neurons).