Still, let’s hand things over to the band’s vocalist/lyricist Frode Hofsøy, and see if he can’t win you over himself!

I actually started a long time ago, in my first proper band called Vindicta, a black/thrash metal band from my hometown of Harstad. When I joined Endolith in 2014 it just felt natural for me to take the reins on writing lyrics, as I have always written creatively sporadically since I started more than 20 years ago. I actually have a degree in English literature, so why not put it to use?

I try to get the other members to give input on the lyrics, but I usually have a very specific purpose with every line and word, and I can chew on a line for hours before I find the right angle. Other times it just flows naturally, almost like a stream of consciousness.

Oh, it can be many things. A headline in a newspaper, a poster, films and TV-series, articles, and other lyrics and literature. I keep quite a few notes on my smartphone where I write down words, phrases and general ideas for songs.

For the last album though, I read quite a few (popular) scientific articles on fossils, dinosaurs, iridium and the Cretaceous- Paleogene boundary, and the Chicxulub impact crater. Recent world events also inspired the temporal shift that seeps through into the 66 million year old fabric.

I think the lyrics to “REX” were the easiest to write for the Chicxulub album, as I had recently been reading up on the latest research on T-Rex. I was going through a bit of a rough patch in my life, and writing it was a perfect way to channel some of my frustration and anger. Imagine recording the actual vocals! To put myself in the head of the tyrant king of beasts, this particular one with a narcissistic personality disorder, was the perfect proverbial venting of one’s spleen, so to speak.

I feel that lyrics in metal and the process of writing them are often more of an afterthought, something that is relegated to the one poor SOB in the band who hates it the least.

There are, however, some brilliant exceptions to this where I feel the lyrics are part of giving a song something more, adding a sense of substance and direction to the music.

Some brilliant exceptions are of course Cradle of Filth, Emperor, (later) Darkthrone, Arcturus (particularly the ones written by Kristoffer Rygg for La Masquerade Infernale and Sham Mirrors), and Death from Human onwards. And probably quite a few others than I can’t think of right now

Moreover, I do have a profound love for William Blake, particularly the Proverbs of Hell from The Marriage of Heaven and Hell. Many of them are just so punny, and there is actually a great deal of wisdom to be found there. Many of them are so richly imaginative, it is hard to pick a single one.

I will pick this one today, but tomorrow it might be another: 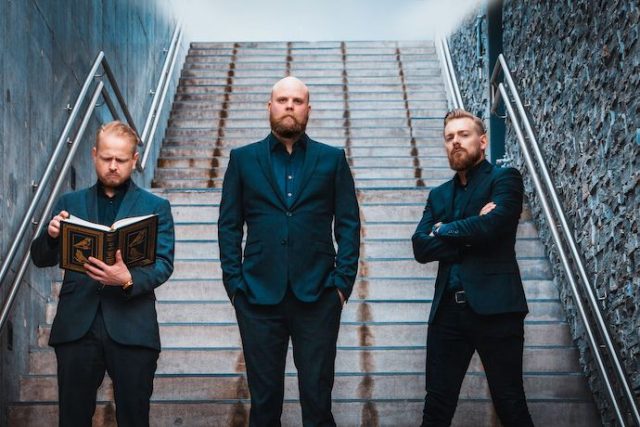 I feel that I still do it the same way: I develop an idea for lyrics for a song in my head, and then I start «hanging» the ideas on particular knobs that are words or phrases I have seasoned and savoured for a while. And then I fill in the blanks.

Sometimes the title and a very specific idea for a song come first, sometimes the process of filling in the blanks actually develop the lyrics into something different than I had planned.

I feel the most important way to develop your style and language is reading a lot, and trying to actually say something, or at least to describe something, that you feel is important. Nothing beats enthusiasm. And some wicked humour.

Let’s take “Old as Cancer”, the song from Voyager that we did a music video for.

This was written shortly after and as a direct consequence of the Charlie Hebdo shootings. I was both dismayed and downright furious at the senseless killing of innocent fellow wordsmiths at the hands of religion.

So I employed the sharpest swords I have available, words, and decided to channel the anger in a particular kind of way, as would Shakespeare perhaps. Because I am a pompous idiot like that.

Anyway, I took to portmanteau words and neologisms, combining words and expressions into new meaning. I like going outside parameters, you could say, while simultaneously putting a song in a particular context. Hence, “Old as Cancer” is imagined as a (cosmic) human sea voyage, catapulting Shakespearian taunts and simple near-childish swearing at opportune targets (fun fact: the working title for the song was actually “Cosmic Castaways”). Some examples:

So high up their own ass

rectombed in pride and glory

I really like the portmanteau «rectombed»; to be entombed in a rectum.

I shall waste neither time

knee-deep in your mire

of manipulation and faeces

May the winds of shit blow your way

Why say bullshit when you can say «faeces of the kind bovinity», and then say «winds of shit» in the next sentence?

The first line is a simple play on «sail the seven seas»; however, read together, this short conclusive verse is an argument for simply giving up on dogmatic religion altogether and leaving it behind. 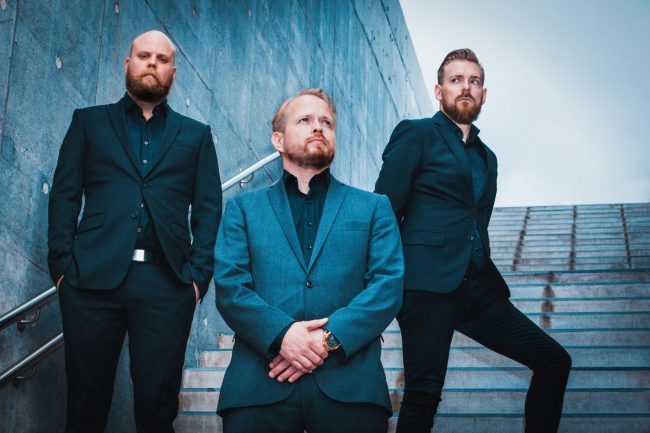 I have a few that I am really happy with, and since we have a new record, I would like to pick out the song “Diseasons”, which is a song I like to think of, in connection with the greater theme of the album, as where the truth goes to die. But this truth is picked up and dissected and analysed on its deathbed, and ultimately salvaged.

backdoors to the fact

The masking tropes you wear

A dress from splitting hairs

I peel your feign

Flipping past the flesh

Of the body of betrayal

«Sarchasms» is a word I came upon a few years ago, and I love the connotation – that sarcasm, when misunderstood or not understood at all, can create an insurmountable chasm between the sender and recipient.

The masking tropes here are part of what threatens the message, the truth, unless you are able to see through them and interpret. But they are also what makes language, and poetry, come to life.

Do notice that I like to employ the somewhat unusual «verbal error» called spoonerism, or balking tackwards as I call it. Here represented by the line «I peel your feign», which of course is spoonerism of «I feel your pain». I’ll leave it to you to interpret that one.

And then there is the idea of dressing up in tropes, which is a figurative or metaphorical use of a word or expression, used metaphorically.

This whole verse, or even song, is a bit meta perhaps. Meta metal? That would actually be more fitting of the song that comes after “Diseasons” on the album, “KPg Impactor”, which is about the comet/asteroid that hit the Yucatán peninsula 66 million years ago (close to the town of Chicxulub) and spread a fine layer of the heavy rare earth metal iridium all across the globe, in a much higher concentration than is found elsewhere (six parts per billion vs 0,4 ppb elsewhere).

The discovery of this metal layer/ boundary is (partly) what gave credence to the KPg (Cretaceous- Paleogene) Impactor theory. Now that is metal!

Reading the part above on “Diseasons”, and comparing these two lyrics, I would not necessarily say they reflect any personal or artistic change, as I probably could have written “Old as Cancer” today still.

I do feel that “Diseasons” has a more abstract topic though, as it refers to distinct issues like fake news, Newspeak, how memories can be manipulated, and how memories of traumatic events can even be handed down through DNA from mother to child. Truly fascinating.

I am not really sure what this perceived abstraction says about me though. Maybe I will be able to tell you in a few years. Hindsight is 20-20, and it’s all about gaining perspective, you know?