Not surprisingly, given the vast scale of the music and its relentless intensity, the band explained that the overarching theme of Deeds was “about births and downfalls of civilizations in other worlds throughout the universe, from creation to final decay, the depletion of the host….” 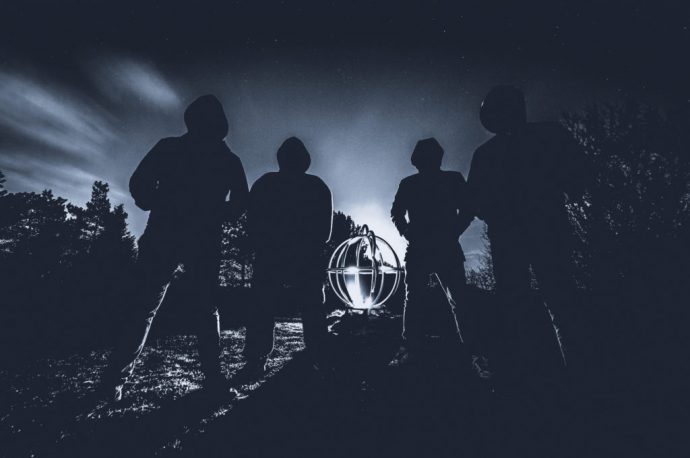 The listing of stylistic ingredients in the music — among them, post-metal, hardcore, and sludge — still doesn’t capture the impact of the album experience, or the combination of contrasting sensations that produces it. At one level, it’s titanically heavy; on another level, it mercilessly builds tension; on yet another level, it plunders the emotions through melodies that are frighteningly ominous, majestically brooding, and desolating in the magnitude of their sorrow. As I wrote in that review:

“The combination of these ingredients produces a fracturing impact, one that takes knives to your emotional well-being and treats your skeletal structure like a building marked for swift demolition…. [T]he light that shines from this music isn’t the warm glow of the sun. It’s more like the slivery, star-like reflections off the skin of a gigantic planet-destroyer that has suddenly appeared in our orbit, its unfathomable energies spooling up in preparation for a rain of destruction.”

The album still flattens me. And it’s a particularly staggering source of headbang workouts, too. “Armada”, the song I’ve picked for this list, ties together enormous jackhammering power and pitch-black gloom with a grief-stricken melody, accented by a shimmering ambient layer that provides a haunting contrast to the craggy bass notes and methodical snare crack beneath it.

When I reviewed Lair of the Minotaur ‘s 2018 EP, Dragon Eagle of Chaos, I began with these words: “I can gauaran-damn-tee you that one of the two tracks below will be on my list of 2018’s Most Infectious Extreme Metal Songs — unless my brain suffers a seizure trying to decide between them, which is entirely possible”.

Both tracks are supremely visceral affairs, and although brain seizure was definitely a risk in trying to pick between them for this list, I cam down on the side of “Kunsult the Bones“. It’s a ridiculously compulsive, mid-paced chug-fest right from the start, as brutish as a caveman, and then devolves into a dismal dirge.

It’s just a damned shame that this Chicago band aren’t putting out more new music — their last album is from 2010. Even this track was recorded in 2010, though it wasn’t released until this EP surfaced. I’m still clinging to hope that they will get back in gear some day…. 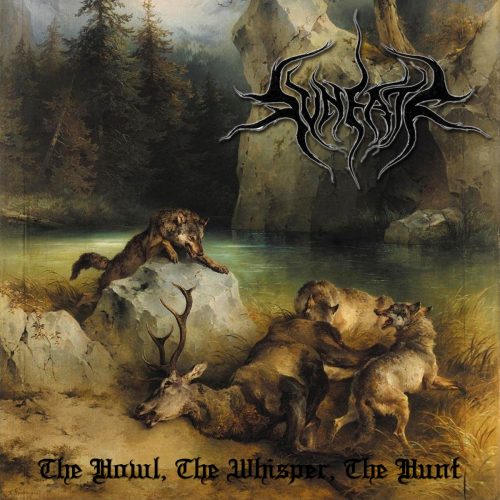 The last song in today’s installment of this list is “The Hunt“, which is one of five tracks on The Howl, The Whisper, The Hunt, an excellent debut EP released last March by the Vancouver, B.C. black metal band SVNEATR. I’m just going to repeat what I wrote about the track the first time I heard it:

“I have a powerful, lusting addiction to the first minute of ‘The Hunt‘. It’s heavy-as-hell, with a drum and bass tone you can feel in the core of your spine, and with a lumbering, mid-paced cadence and a brooding, bruising riff that together make the music a guaranteed head-mover. Things change after that compelling start, becoming more eerie and then more brawling, the vocals coming in a high, rabid snarl.

“But don’t worry, SVNEATR come back to that meaty opening section as a bridge, before the riffing begins to pulse and push over an absolutely electrifying drum-and-bass turn, and then things really go nuts. But the song ends as it began, making it very easy to just loop the track through your head again with an immediate re-play”.

If you’d paid attention back then, you could have guessed “The Hunt” would wind up here, and so it has.

2 Responses to “OUR LIST OF 2018’S MOST INFECTIOUS EXTREME METAL SONGS (PART 14): LLNN, LAIR OF THE MINOTAUR, SVNEATR”