I can gauaran-damn-tee you that one of the two tracks below will be on my list of 2018’s Most Infectious Extreme Metal Songs — unless my brain suffers a seizure trying to decide between them, which is entirely possible. 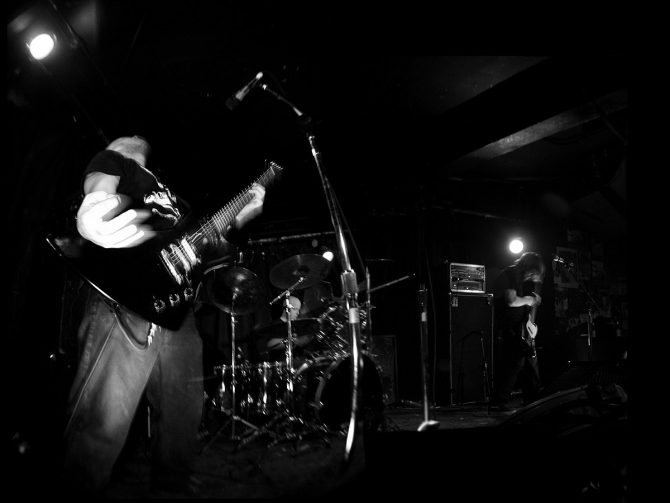 Both tracks appear on a new Lair of the Minotaur EP named Dragon Eagle of Chaos that seemingly appeared out of nowhere on August 24th. This Chicago band’s last album, Evil Power, came out in 2010 (in a review, I summed it up as a collection of “nasty, stripped-down, unpretentious, in-your-face headbangers”, and “a real bright spot in the year’s new releases to date”). Metal-Archives tells me they released a single in 2013 and a demo in 2016 that also included the title song on this new EP, though I managed to overlook both of them.

The band have explained that both tracks on the new EP are older compositions, with the title track being a recent re-recording of the previous version and the second one a track that was recorded in 2010 but never released. Ardent fans of the group (including me) hope the EP is a sign that Lair of the Minotaur may be preparing for work on a new album. Or it may have been timed simply to highlight the band’s first live performance in years, at the Scorched Tundra Fest in Chicago on August 31st of this year. Or maybe both explanations are true.

Regardless of the reason, this shit sounds really good, and it’s only $2 for a digital download, and you ought to go buy it — after you recover from the neck sprains you’ll suffer in streaming these monstrous beasts. The title track is titanically heavy and heaving at first, and then it strikes like a furiously rampaging tank attack, and pounds like pile-drivers. Steve Rathbone‘s livid, throaty howls are the icing on the cake. The second track, “Kunsult the Bones“, is a ridiculously compulsive mid-paced chug-fest right from the start, as brutish as a caveman, and then devolves into a dismal dirge. 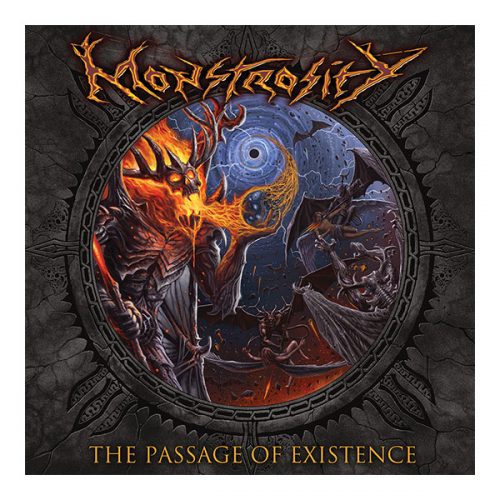 And for our second celebration of the old guard I turn to the Floridian death metal juggernauts Monstrosity, whose first demo appeared in 1990 and who are now looking forward to their first new album in 11 years. Entitled The Passage of Existence, it’s set for release by Metal Blade on September 7th.

“Radiated” is the single from the album that surfaced two days ago. It rushes in a gallop, blasts like automatic weaponry, jolts like a nail-gun, and is packed with fleet fretwork, the riffs jabbing and scissoring and darting at high speed, with an extra element of savagery added by bestial vocal intemperance, and a pair of attention-grabbing solos providing extra voltage. This marauding thing will get its hooks in your head, too.

(Thanks to TheMadIsraeli for alerting me to this track.) 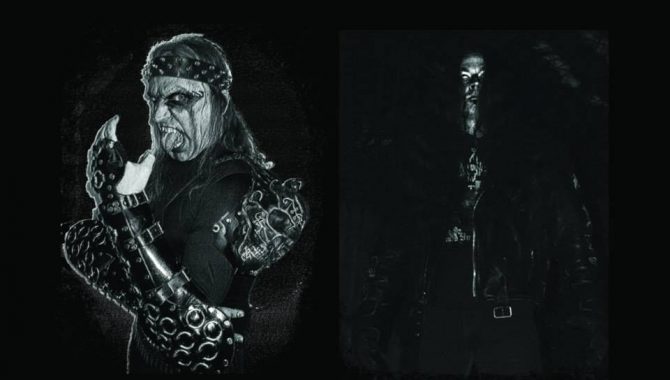 And now for the third appearance in this round-up by a group of veteran extremists. This Philadelphia band released their first demo in 1995, followed by five albums spread out between 1997 and 2014. Nine years elapsed between their fourth album and the fifth one, The Stellar Exorcism, but it looks like they won’t let that much time go by before we see the sixth: About 10 days ago Blood Storm discharged a new song named “Chaotic Exile” and announced that it would appear on a new album.

When I resorted to the band’s Facebook page in an effort to learn more, I discovered that “Chaotic Exile” is in fact the third song they’ve released from this forthcoming album. Rough versions of tracks called “The Penanggalan” and “Nefarious Pact” surfaced in June of this year. I’ve included streams of both of those below, as well as this newer one.

Blood Storm‘s amalgamation of black/thrash and death metal draws inspiration from occult concepts and from the influence of numerous ground-breaking metal bands from the late ’80s. All three songs have a primal, feral, carnal quality, and all of them become more and more addictive as they surge ahead, thanks to highly infectious riffs and compulsive drum rhythms that combine to burrow deeper and deeper into the skull as time passes.

The tracks are also accented by ecstatically infernal leads and solos, and Chris Mezzadurus‘ twisted, tyrannical vocals are downright demonic. The delightful stench of sulphur and lust is heavy in the air. Breathe deeply….

It appears that the new album isn’t finished yet, and it seems more likely we’ll see it in 2019 rather than this year.

(Thanks to Surgicalbrute for pointing me to Blood Storm.) 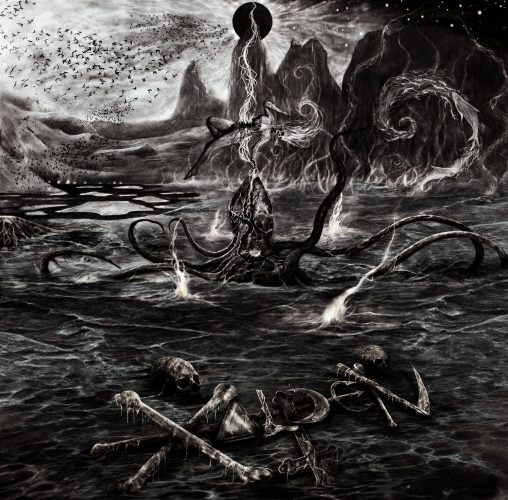 Now, I’m moving from three veteran bands to a more newly-minted, but very exciting, one.

Morbid Skull Records released the first EP (Black Rites) by this Chilean black metal band in 2016, and I showered it here with some brief words of praise. Now, Morbid Skull has set September 13th as the release date for a new Xalpen EP.

Wowk Otrr is the name of this new seven-track work, and the mouth-torturing name of the first single (which premiered at DECIBEL) is “Kay’taw hawrr sho’on palakaw-msh (A Cold Rain Under a Cloudless Sky)“. There’s a whole hell of a lot to like about this track, from the adrenaline blaze of the drumming (including some riveting timpani-like booms) to the incendiary madness of the riffing, from the wild derangement of the vocal cacophony to the bone-mauling impact of the bass and the incandescent sweep of the leads. The whole thing is utterly electrifying, and utterly crazed. 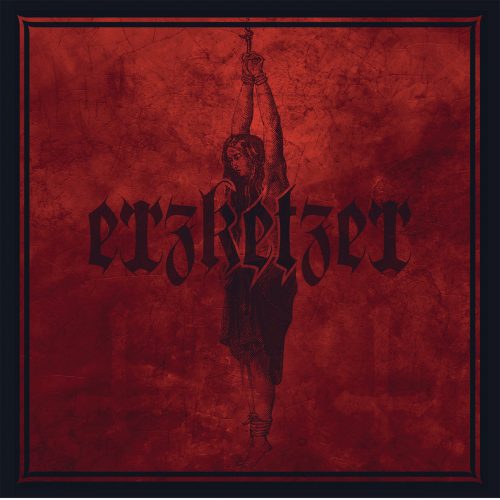 To conclude this round-up I chose a song off the new three-song EP (Erzketzer) by the German black/death/doom band Arroganz, which will be released by FDA Records on September 28th. It follows the band’s very fine fourth album, Primitiv, which hit the streets last year.

The first single from the EP is “By Glowing Chains“. As compared to the last track in this collection, it’s less lunatic and frenzied, but no less demonically sinister. When the menacing opening romp gives way to a miasma of groaning bass reverberations and weird ambient vibrations, the atmosphere of hungering threat becomes even more spine-shivering, and when the band lock into a jabbing riff and jolting drum beats in the back half of the song, it becomes a serious head-mover.

But the changes don’t stop there — the ensuing reptilian riff that surfaces over a charging, battering drum cadence is perhaps scarier than anything that preceded it, and the feverish finale that closes the song left this listener wanting more.

One Response to “SEEN AND HEARD: LAIR OF THE MINOTAUR, MONSTROSITY, BLOOD STORM, XALPEN, ARROGANZ”